"In love with life": how will Alexander Gradsky be remembered

People's Artist of Russia Alexander Gradsky died on November 28. He was 72 years old. Condolences in connection with the death of Gradsky are expressed by the artist's colleagues. They remembered him as a universal musician and an enthusiastic, passionate, sympathetic person. 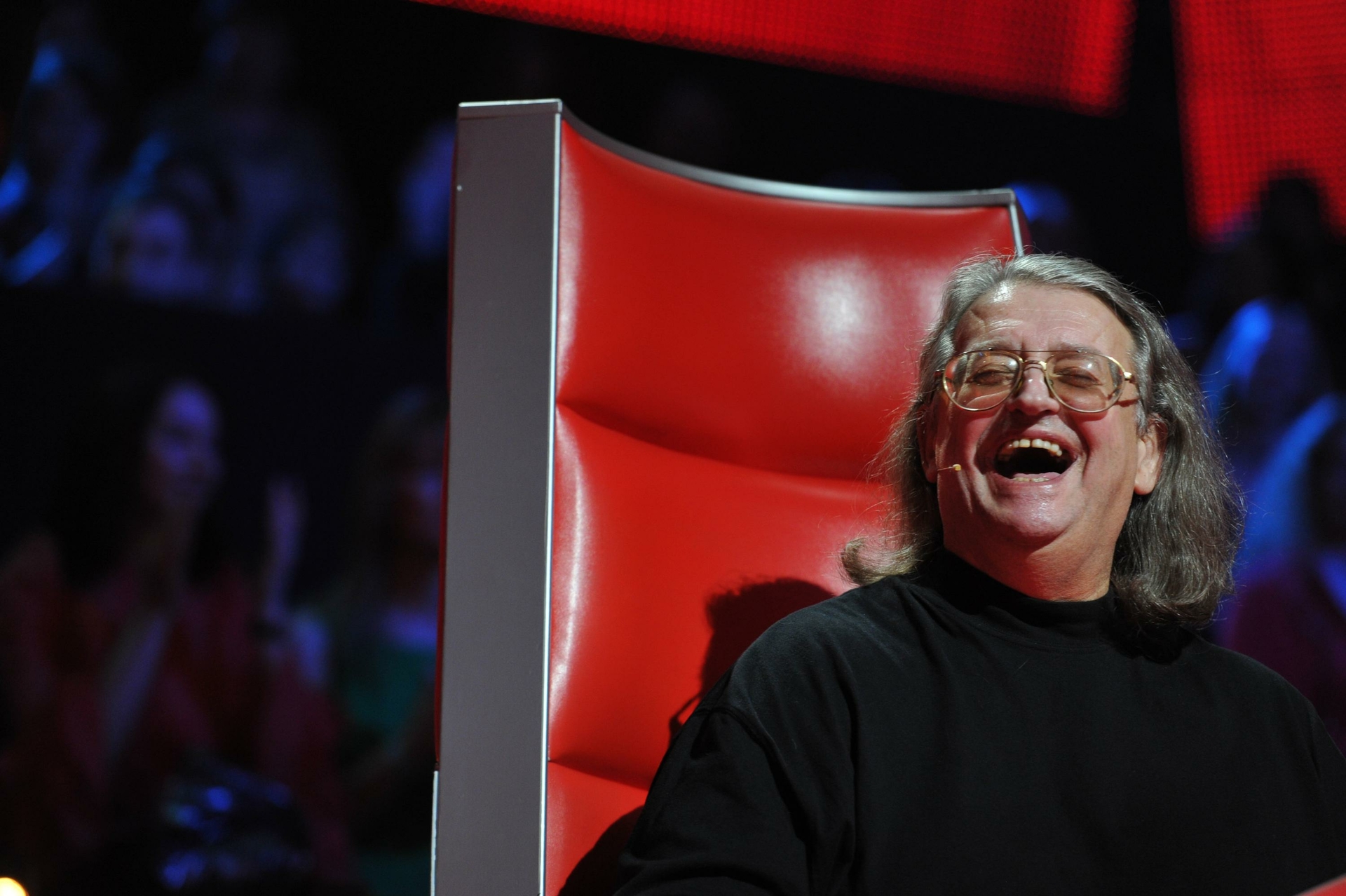 People's Artist of Russia Alexander Gradsky died in Moscow at the age of 73.

According to media reports, the musician died of ischemic stroke.

The singer's death was confirmed on his official Instagram page.

The Epoch is gone.

The Man is gone.

Thanks to the Master for creativity, it will resonate in the hearts forever, ”the publication says.

Condolences to the artist's relatives were expressed by Channel One, with which the musician collaborated for almost ten years as a mentor for the Voice competition.

“Gradskiy, despite feeling bad, didn’t give up“ The Voice ”to the end.

It was fundamentally important for him to participate in the preparation and filming of new issues.

Even when the film crew tried to persuade the mentor to limit the load and rest, Gradsky remained on the set.

His latest works, created in collaboration with the project participants, are still on the air.

We consider it our duty to bring the tenth season of The Voice to the end in memory of Alexander Borisovich, ”the channel representatives said on Facebook.

Dima Bilan, a colleague of Gradskiy in the Voice project, called the artist a dear person and talked about his relationship with him.

“He is a genius, he is an absolute and a principle - a rare person!

On the set of Channel One, for so many years there were always like father and son, and sometimes they swore and made up, sat together in the same dressing room, argued, laughed, he told us a lot of interesting things from his busy life ... Thank you for everything ... dear person!

It's hard to leave, but I know and believe that he has gone to a better world, ”Bilan wrote on Instagram.

In turn, the singer Pelageya called Gradsky her main mentor in life in what a person should be who chose music and stage, and stressed that the artist's legacy will never be forgotten.

“Never, never will this amazing voice that raises to the heights die down.

The light from this energy, from this life will never fade away in those who had the happiness of seeing him, listening to him, being his student, working with him.

Our inaccessible and dear Alexander Borisovich, we loved, love, and will love you.

How they love the Motherland - always.

Thank you for being here and sharing yourself so generously, ”said Pelageya.

According to the winner of the third season of the "Voice" show, Gradsky's ward Alexandra Vorobyova, the artist had a difficult character, but was not as formidable as the audience might have thought, and always supported the students in difficult situations.

“He is actually a kind person (despite his difficult character), sincere, fair.

He always helped with various questions concerning not only the creative side, but even the everyday one.

We will always be grateful to him for everything he has done for us!

And, of course, this is an irreparable loss for the entire musical environment, "Gazeta.ru quotes Vorobieva.

Composer and producer Vladimir Matetsky, in an interview with RT, said that he had known Gradsky since the early 1970s, when he played in the Skomorokhi group he created.

“It was a stellar team.

Lerman, Gradsky, Shakhnazarov, Fokin were there.

All were the stars of the underground rock of the day.

But Gradsky, his voice - it was something.

Gradskiy was an order of magnitude higher than everyone else and it was clear that he had a unique vocal talent, ”said Matetskiy.

He noted that Gradsky could become an opera singer, but he gave up a career in this direction and did not accept the invitation to go to the Bolshoi Theater.

Instead, the artist has developed in other areas.

“There was a rock opera“ The Master and Margarita ”, he worked on this project for a very long time.

There was music for "Romance of Lovers".

There were a lot of things.

There were wonderful songs, including those written by him as an author.

He really wanted to do everything himself.

To be both a composer, a poet, a singer, an arranger, and a person who plays all the instruments.

He did it and he did it well, ”the composer believes.

He added that Gradsky was a man with an unusual character, going his own way.

"A person who follows absolutely the chosen trajectory, sometimes difficult and incomprehensible to others," said the interlocutor of RT.

“It’s over, today's generation will remember him as a member of the“ Voice ”jury ... But I want to say that Alexander Gradsky is not only“ Voice ”, not only a person who sits on the jury on a television screen.

I advise everyone who is interested in music to carefully consider his work, listen to his songs and unique voice.

And remember this person with a kind word, ”Matetsky stressed.

According to the singer Lev Leshchenko, Gradskiy “defined our era”.

The artist noted that he was an artist, a versatile musician and an outstanding person.

Together with Alexander Borisovich, a whole era of real musicians, professionals who respected and studied their profession, were great artists in the full sense of the word, passed away.

He is an outstanding person in general.

First, he is a multi-musician.

Secondly, he is a brilliant composer.

He is an outstanding vocalist who sang opera.

This is the only crossover that has developed multifacetedly in classical music, in pop music, and in rock music.

One of the leaders of our rock and roll movement.

It's a pity, ”the artist said in a conversation with RT.

Singer Larisa Dolina noted the invaluable contribution of Alexander Gradsky to culture and stressed that the artist was brilliant in all areas of his work.

“The morning began with news, which is still impossible to grasp ... Sasha Gradsky left.

An entire era has passed.

It is difficult to overestimate the contribution of this Artist to the national culture, his unique, strong, unlike anyone else's voice, which was subject to everything: rock, popular songs, operatic art, and Sasha also composed, composed a lot, was not afraid of experiments, wrote songs with a social orientation, many of which went to the people.

Actress and director Svetlana Druzhinina told REN TV about her experience of working with Alexander Gradsky - he voiced the main character in the director's film "The Sun, Again the Sun".

According to her, the musician was very fond of what he did, and carried his passion throughout his life.

And we must pay tribute to him - he lived as bright, hot, passionate until his last days.

For all his work, which I saw on television with young voices, said that he also had a great teacher, ”she said.

Druzhinin called the voice of Gradsky a unique gift, which he "used to the highest degree."

Director Alexei German Jr. expressed his condolences to the relatives of Alexander Gradsky.

“It always seemed to me that he spoke sincerely during our meetings.

From the truth, from their feelings, without stupidity and beauty.

Gradsky was big, difficult and reckless.

It had volume, will and scale.

Composer Igor Krutoy noted in an interview with REN TV that Gradsky's work has earned the recognition of all Russians.

“This is a huge talent - both vocal, composer and social.

It was possible to love or not love Sasha for some statements - he was quite categorical, but his talent covered all these things, and there was great respect and love for him from the whole country, starting with the film "Romance of Lovers" and ending with his last gatherings in jury of "Voices" - said Krutoy.

Condolences to relatives and colleagues of the artist were expressed by the Prime Minister of the Russian Federation Mikhail Mishustin.

According to him, Gradsky was a bright and truly unique composer and singer, a legend of Russian rock.

“His sincere and profound works told about friendship, love, devotion, touched the most delicate strings of the soul, and his rare vocal talent and artistic charm conquered hearts, aroused the emotions of the audience.

A multifaceted and spiritually generous person, he always gave himself to the audience, colleagues, students without reserve, "Mishustin said.

Alexander Gradsky was born on November 3, 1949 in the Chelyabinsk region.

A few years later, his family moved to Moscow.

There the future artist received his musical education.

First, he studied violin at a music school, and later graduated from the Gnessin Institute with a degree in opera and concert chamber singer.

He also studied composition at the Tchaikovsky Conservatory.

Gradskiy began performing in 1963 with VIA "Cockroaches".

In those years, he collaborated with various groups, and in 1966 he founded the rock group Skomorokhi.

In 1973, the musician collaborated with Andrei Konchalovsky in the film "Romance of Lovers".

The artist acted as a composer, songwriter and performer.

For the album with music from the picture, Billboard magazine named him "Star of the Year".

The works of Alexander Gradsky sound in no less than 20 fiction and animation films - "In August 44th", "Prisoner of the If castle", "The Princess and the Cannibal" and others.

The artist became widely known in the mid-1970s after performing the song "How Young We Were."

Over the years, he also authored a number of productions.

Among them are the rock operas "Stadium" and "The Master and Margarita".

During his career, the musician has collaborated with many famous artists.

His work has received a number of prestigious awards.

In 1999, Alexander Gradsky was awarded the title of People's Artist of Russia.