Why all of China is furious with this Dior photographer

A controversial photo of the fashion brand Dior stirs the discussion about the Chinese ideal of beauty. 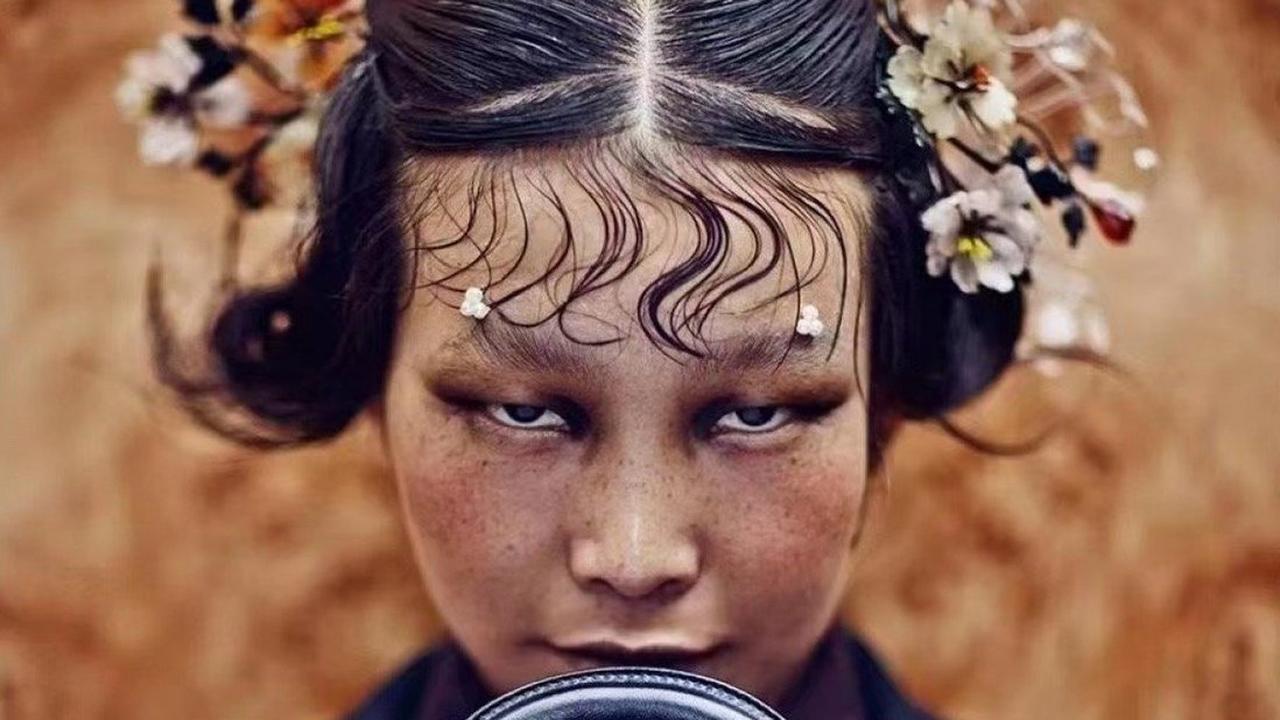 A controversial photo of the fashion brand Dior stirs the discussion about the Chinese ideal of beauty.

The woman who photographed photographer Chen Man in the campaign for fashion brand Dior has 'sinister' and 'desolate eyes'.

At least, that's what

The artist received more criticism over the past week.

She would paint the wrong picture of the Chinese woman.

Now that Chen's photos were so in the spotlight, her other work was also given a good look.

Previous portraits of women with 'spooky make-up' and firmly set eyes are said to be racist stereotypes.

"I will immerse myself in Chinese history (…) and improve my ideologies," she wrote in a statement on social medium Weibo.

"I will continue to use the confident spirit of China's new era as a source of inspiration and strive to tell the Chinese story through my work."

The portraits of women were precisely intended to celebrate the beauty of the Chinese woman, in all her guises.

But Chinese apparently think differently about their beauty.

On profile photos, women often all look the same because of extreme filters.

Masks and powders are available in every drugstore and give women a whiter skin.

Big eyes are nicer, and for a few hundred euros you can buy a double eyelid.

China's plastic surgery market grew 28.7 percent between 2015 and 2019 — up from 8.2 percent globally, according to research by consultancy Deloitte.

Diversity is not desired

Is the model in the Dior campaign - with freckles - now the result of too many western influences?

Or is she just a Western stereotype of an Asian face?

How does the Chinese want to be portrayed?

There's plenty of debate about this on social media, and self-confident women like to pop their eyes with kohl pencil.

But the conversation about identity and diversity is thwarted by the conservative stance of the Communist Party: diversity is not desired.

For example, photos that Chen Man made in 2008 are now also under fire.

, the project shows a girl in an airy dress standing on the Three Gorges Dam or looking out over the Beijing skyline.

Too provocative for 2021 standards.

The Chinese must go back to mediocrity, it seems.

No more provocation of too sexy, too many western influences, or too much emphasis on Chinese eyes or the hairstyle of an ethnic minority.

estimates that the demand for operations on, for example, eyelids, nose or the coveted pointed chin will more than double in the next five years.

But plastic surgery is expected to be the next industry the Beijing regime wants to tackle.

At the same time, feminism is discouraged and sometimes even suppressed - be it because women must have more children as the population threatens to shrink, or to maintain the patriarchal model.

The point is that deviating from the standard set by the Communist Party is not desirable.

In order not to be completely disgraced, Chen Man tries to save what can be saved with her statement.

What doesn't help her is that her client Dior quickly removed the controversial photo, intended for an exhibition in Shanghai, in order to 'not hurt the feelings of the Chinese'.