16-year-old violinist Marzia is one of hundreds of students who were forced to flee the Taliban regime in Afghanistan when the National Music Institute closed. Now the award-winning music school hopes to start again in Portugal. - We want to preserve Afghanistan's musical heritage, Marzia says to SVT Kulturnyheterna. 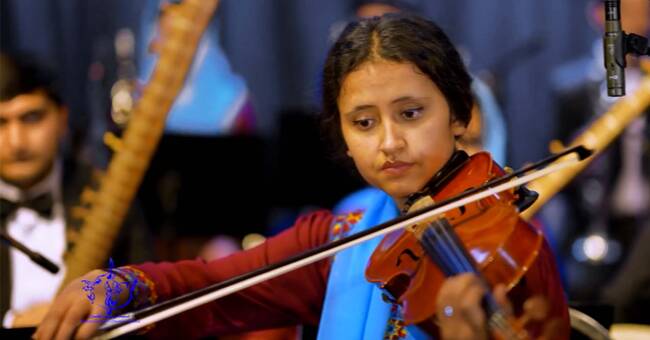 Marzia is a violinist and plays in the internationally acclaimed female orchestra Zohra.

The orchestra belongs to the Afghanistan National Institute of Music (ANIM), whose founder Ahmad Sarmast received the Polar Prize in 2018. He was rewarded for his efforts to build up the country's musical life after the previous Taliban regime.

Now the music institute has been forced to close, and the 272 students are on the run to be able to continue practicing their art.

The goal is Portugal, where they have been granted asylum, and where the school hopes to be able to start again.

In the video, you can see an interview with student Marzia, and hear more about the hopes for the music school.