The new luxury watch thieves in Paris are distinguished from their ancestors by being residents of the French capital itself, and that they include a large proportion of minors, and the robberies they carry out are predominantly violent. 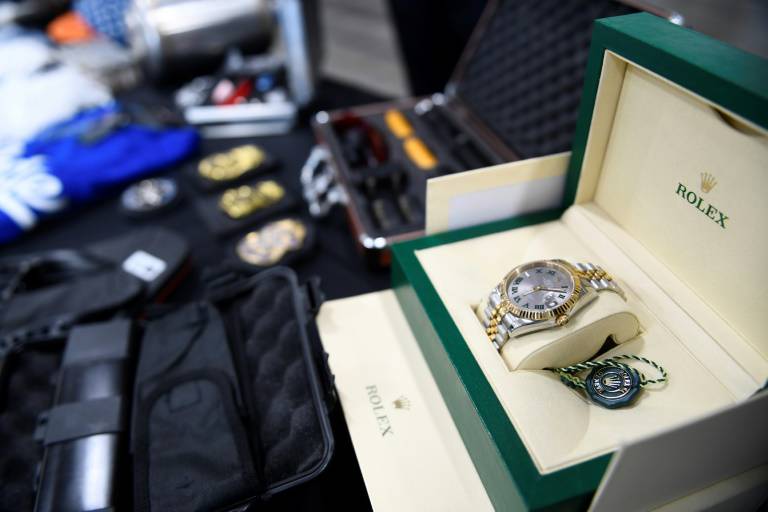 The new luxury watch thieves in Paris are distinguished from their ancestors by being residents of the French capital itself, with a large proportion of minors among them, and the violent robberies they carry out.

This new generation of thieves has emerged, especially in the capital, since the summer of 2019, and the phenomenon exacerbated in early 2021, until it reached the nearby suburbs.

"There is no increase in the phenomenon, but only an improvement in the method of work," said Gilles Erbeau, regional security chief in Paris.

As for the regional security commander in the Au-de-Seine region, west of Paris, Vanille Ravreaux explained that the thieves "spot the victim in Paris and then follow her by public transport or on a scooter to her house, and when she enters the hallway of the building in which she lives, they suffocate her."

An experienced investigator from Val-de-Marne, south of the capital, noted that "it is surprising that they act so violently and that they are minors or young adults."

Generally speaking, Julian Irbeau said they are Parisians in their twenties, 44 percent of whom are minors.

And assigned about 30 investigators in Paris to follow up on this phenomenon.

The thieves' goals are "everyone. What matters to them is the watch, not the person."

However, Irbo said that the experience of this new generation in watches is "limited", noting that small groups of three or four people were able to get only "two or three Rolex watches", which they resell on social networks, without a network of concealment. organisation.

In Nanterre, neighboring the capital, this phenomenon led to the opening of several judicial investigations in 2021. Most of the young people concerned, often minors, were placed in pretrial detention.

And journalist Alexander Mayer, who lives in the 15th arrondissement in Paris, was the victim of this kind of robbery last week.

Meyer, still "shocked" and unable to work for two days, told AFP that he was opening his mailbox in the lobby of his building when a man jumped on him and wrapped his neck as if to strangle him.

"Two other very agile guys tried to take my watch from my hand and hit me in the face because I was resisting," he added.

Eventually Meyer managed to intimidate his attackers, and they fled without being able to achieve their goal.

In addition to the easy gains that these young men make from stealing watches, it also constitutes a kind of "rite of passage" for them, as they take pride in what they have achieved, which raises their standing in the crime circles, explains Vanelli Ravreau.

Parisian lawyer Alain Vajbemi, who defended a number of these young men this year, admitted that "they are very violent during the theft, and they try to show their strength, but when I see them alone during their arrest, they cry."

In 2013, young men in their twenties called "Algerians" in the Paris Golden Triangle - arrondissements 8, 16 and 17 - were active in this field and were targeting tourists.

Those who are about 25 years old were undergoing training in their villages in Algeria, and they are spread in several European capitals.

But unlike the new generation, they committed their thefts without violence, in the streets, and chose the most expensive models of watches.

And they had a hiding net outside.

Then the "Napolitans" groups replaced the "Algerians" and are still of interest to the investigators.

The "Napolitans" used to spot people driving their cars, and they followed them on two scooters.

The first group of scooters removes the side rearview mirror, and as soon as the driver takes out his arm to put his mirror back in place, the second group of scooter pounces on him and grabs his watch.

These thieves were also experts, stealing high-value watches and rushing back to Italy.

In October, one of these groups was arrested in Paris after stealing a watch estimated at 200,000 euros from a German tourist.