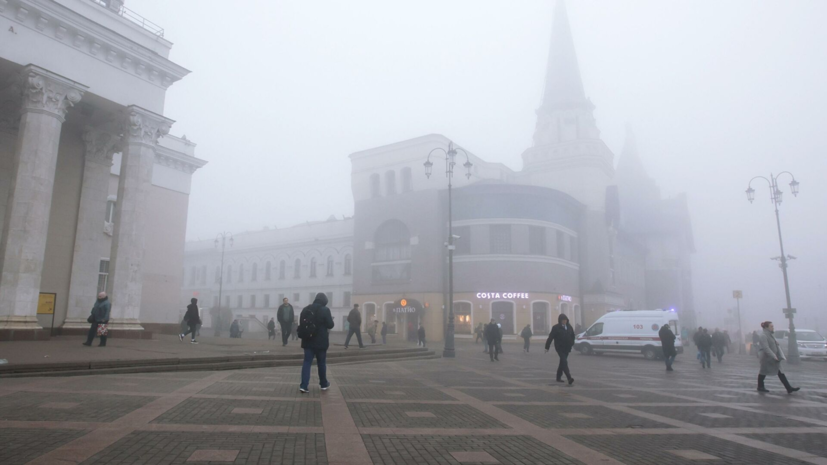 “A vast cyclone stands somewhere between Murmansk and Arkhangelsk, and from it a small cyclone of the capital passes over Moscow in a hollow.

And in the east (Kostroma, Yaroslavl) - there was cold, there was a "minus".

This warmth and cold gave us the snow that fell, ”explained the meteorologist.

At the same time, according to the forecaster, the temperature dropped due to this.

The main precipitation went to the south - Tver, Tambov ... Then it will go to Ulyanovsk.

We are in the rear - there is still some precipitation, but quite insignificant, ”Tsygankov said.

He said that a cold snap is expected in the metropolitan area on Monday night.

“On Tuesday, Wednesday we will be in the cold air.

Further, after two or three days of cold, the temperature rises again, in any case, winter weather is not visible yet, ”the expert explained.

The specialist also recalled that in November 2016, 6 cm of snow was recorded on this day.

"And he lasted until the New Year, though before the New Year (in two days) he melted all," the interlocutor of RT concluded.

He added that in subsequent years "there was practically no stable snow cover in November."

Earlier it was reported that Moscow set a record for low atmospheric pressure for November 20.