The "post-90s" youth do not love fashion clothes, love "ancient costumes", and the national style culture quietly "breaks the circle"

China News Service, Jinan, November 13th, title: "Post-90s" youths do not love fashion clothes and love "ancient costumes". The national style and culture quietly "break the circle"   Author Zhao Xiao   Hairpins, earrings, brooches, bracelets and other antique jewelry are dazzling, and tools such as tweezers, drawing boards, and flame guns are all over the workbench. Walking into the "Jiaxu Cr 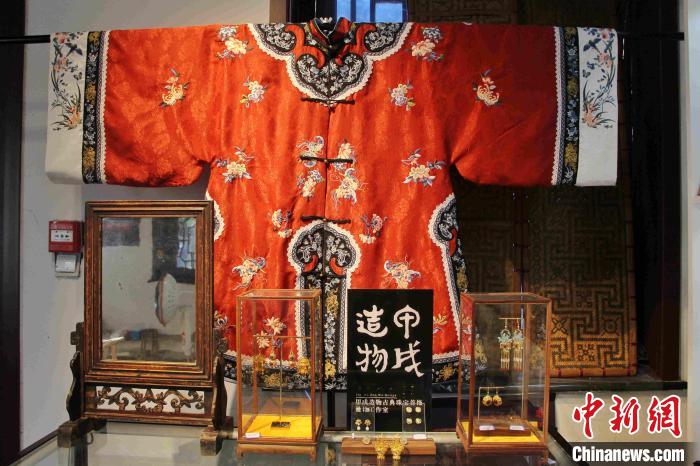 Hairpins, earrings, brooches, bracelets and other antique jewelry are dazzling, and tools such as tweezers, drawing boards, and flame guns are all over the workbench.

In China's popular culture in recent years, the ancient style of the country represented by Hanfu, cheongsam, and traditional jewelry has been particularly sought after by young people like Lu Jikai.

More and more "post-90s" and "post-00s" have turned their love for Hanfu and traditional jewelry into their careers, becoming the promoters of the counterattack of national style and culture, and letting the "beauty" of Chinese style go out of the circle.

"Eight years ago, when I first entered the industry, the demand for traditional jewelry was not high, and few people made them. Few people knew about old crafts like filigree inlays." Cultural propaganda and attention, national cultural self-confidence is increasing day by day, oriental aesthetics is leading the trend, and traditional Chinese jewelry has begun to capture the "hearts" of more consumers.

“Only a few orders were received in the past month, and now orders are basically scheduled to be three months later. Someone called for jewellery made with filigree inlay skills.” Lu Jikai said that the customer group who asked him to customize traditional jewellery has a relatively large age span. From the teens to the forties, most of them are fans of Hanfu.

Filigree inlay, also known as fine gold craftsmanship, is a traditional Chinese handcraft that originated in the Spring and Autumn Period and Warring States Period. It was mostly used to make royal ornaments in ancient times.

"This craft is an extremely test of patience and concentration. At present, most of my works are original designs." Lu Jikai said that he has a professional foundation in jewelry design and art skills, and he prefers to delve into ancient books and draw inspiration from creation.

I hope to inherit the old skills through my own works, show the Chinese style, and create more accessories that meet the aesthetics of modern people on the basis of tradition.

The prevalence of national style culture has also spawned a diversified industrial chain such as Hanfu Experience Hall and Photographing.

"Post-95" girl Xie Mingli runs a Hanfu experience center in Jinan, and every winter vacation is her busiest period.

“We used to have more contact with high school and college students, but in the past two years, we have discovered that the age group who likes Hanfu is extending to both ends.” Xie Mingli said, the number of elementary and junior high school students who come to experience Hanfu in the store is gradually increasing, and there are also “post-80s”. After the "post-70s" came to "try fresh" and felt the unique beauty and cultural charm of Hanfu and national style costumes, they have since fallen in love with them and have never forgotten them.

Shu Qiuhong dressed up in ancient costumes in front of the vanity mirror.

In Xie Mingli's view, the "Hanfu circle" is no longer a closed "circle" and is spreading outward.

Guofeng is not a traditional or outdated symbol, but a new wave of culture.

The "post-00s" and "post-90s" generations of young people in the process of wearing Hanfu have gradually accumulated cultural self-confidence and conveyed their love for traditional Chinese culture.

Shu Qiuhong, a "post-90s" girl who quit her job as a teacher and bravely pursued the "Hanfu dream", also holds the same view. She is not only obsessed with the beauty of Hanfu, but also fascinated by the cultural connotations of traditional clothing.

Shu Qiuhong wears a Han costume and poses for a photo by the lake.

In an interview with reporters, Shu Qiuhong said, judging from the popularity of clothing rental, makeup and photography in her Hanfu store, as well as the sales of all kinds of hair accessories, Guofeng clothing is gradually moving from a niche to the public’s vision, and is even more popular. Foreign friends are welcome.

"A Russian girl went to the store to experience Han costumes. Not only did she'buy and buy' herself, she also recommended it to her mother who was far away in her hometown through video."

"Wearing my Chinese clothes, revitalizing my state of etiquette."

I believe that in the future, more and more people will wear Hanfu as their daily attire, wear it on the streets, and become the "spokesperson" of the Chinese style walking.