Researchers from the Institute of Bioengineering of Catalonia (IBEC) have managed to regain mobility in mice with severe spinal injuries through an injection of nanofibers ... 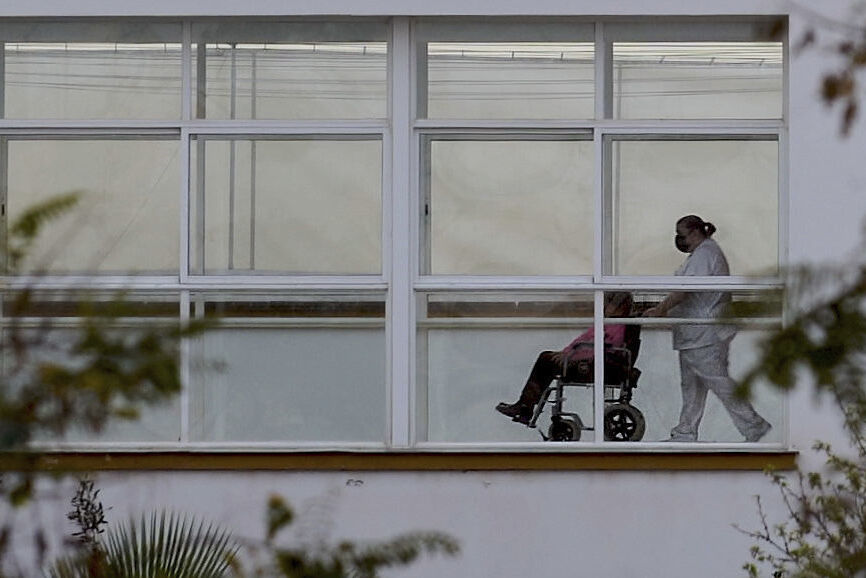 through an injection of synthetic nanofibers that have repaired the injury.

After a single injection, these animals paralyzed by severe spinal cord injuries treated with this new therapy

were able to walk again in just four weeks

, according to the work in which researchers from Northwestern University (USA) have also participated. .

The work has been led by IBEC professor Samuel Stupp, who is director of the Simpson Querrey Institute for Bionanotechnology at Northwestern University in Chicago, and by IBEC researcher Zaida Álvarez Pinto, who explained that "once the therapy does its job, the materials biodegrade in 12 weeks into nutrients for the cells and then

completely disappear from the body

without noticeable side effects. "

According to the National Center for Spinal Cord Injury Statistics, nearly

are currently living with some type of spinal cord injury in the US, and less than 3% of those with complete injuries regain basic physical functions.

"Currently, there are no therapies that trigger regeneration of the spinal cord," according to Stupp, an expert in regenerative medicine.

The aim of the study has been to find a therapy that can prevent people from becoming paralyzed after severe trauma or illness to the spinal cord, a scientific challenge because the central nervous system, which includes the brain and spinal cord, does not have any significant capacity. to repair itself after an injury or after the onset of a degenerative disease.

"We are going directly to the US Food and Drug Administration Agency to begin the approval process for this new therapy for use in human patients," Stupp announced.

Injected as a liquid,

into a complex network that mimics the extracellular matrix of the spinal cord.

By matching the structure of the matrix, mimicking the movement of biological molecules, and incorporating signals for receptors, the synthetic material can communicate with cells.

"The secret of this revolutionary treatment is to

tune the movement of the molecules

so that they find and adequately activate the cellular receptors in constant movement", Álvarez has revealed.

"The key innovation in our research, which has never been done before, is controlling the collective motion of more than 100,000 molecules within our nanofibers. By making the molecules move, dance, or even temporarily jump from these structures, known as polymers. supramolecular, they connect more efficiently with the receptors of cells, which are constantly moving, "the researchers have detailed.

after injury, proliferate other cell types, and promote the growth of lost blood vessels that feed neurons and cells. cells critical to tissue repair.

the rebuilding of the myelin

around the axons (the insulating layer that helps transmit electrical signals) and reduces the tissue that acts as a physical barrier for the spinal cord to heal.

While the new therapy could be used to

after major trauma (car accidents, falls, sports accidents or gunshot wounds), as well as illness, probably the underlying finding, "related to supramolecular movement; as a factor key in bioactivity, it can be applied to other therapies and targets ", according to Álvarez.

"The tissues of the central nervous system that we have successfully regenerated in the injured spinal cord are similar to those of the brain affected by strokes and neurodegenerative diseases, such as ALS, Parkinson's or Alzheimer's", according to the researchers, who see possibilities of applying the new therapy universally to different biomedical goals.

and it's not because of bariatric surgery

COVID-19 Epidemiologists Warn: "We hope the rebound does not cause another wave"

Coronavirus What is known about the Delta subvariant that is growing in the United Kingdom?