That bowl of gingerbread has to be empty: why we keep eating

When Sinterklaas is approaching, it is difficult to avoid the kruidnoten. And such a bowl with the delicacy is empty in no time. But why do we keep eating until we are nauseous? 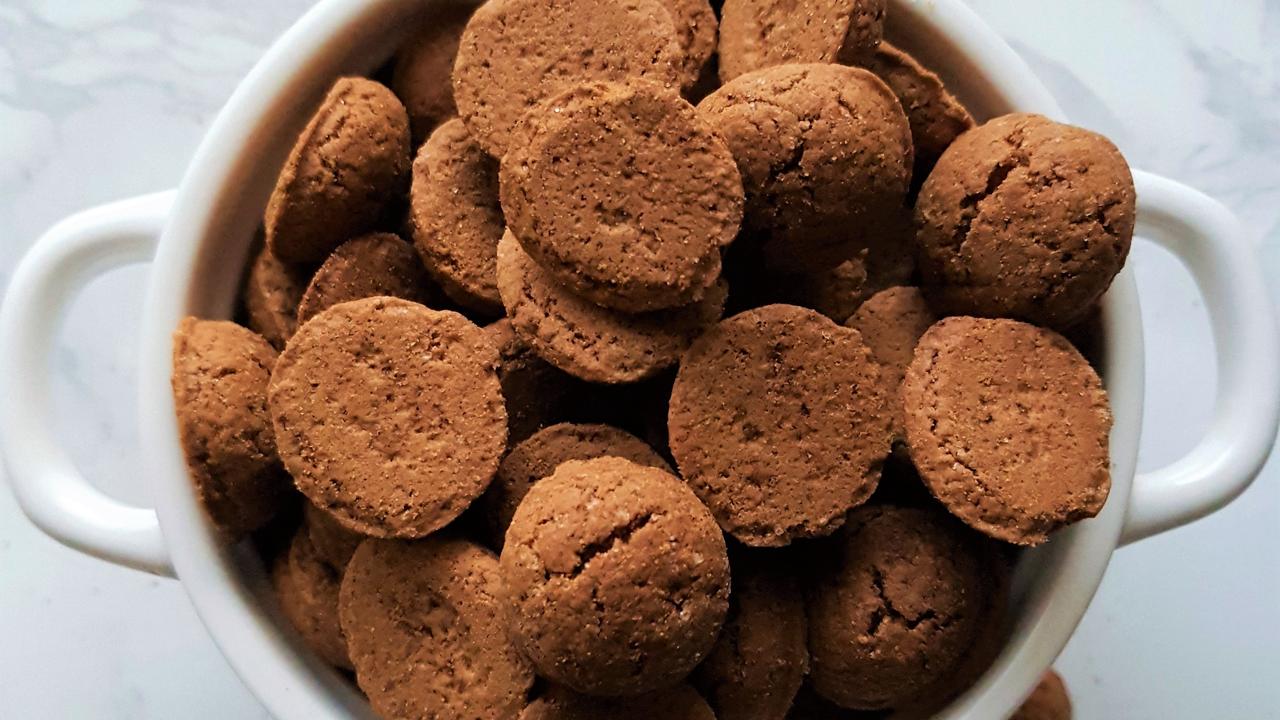 When Sinterklaas is approaching, it is difficult to avoid the kruidnoten.

And such a bowl with the delicacy is empty in no time.

But why do we keep eating until we are nauseous?

Guido Camps is definitely going for the ax soon.

From the moment the first gingerbread cookies are in the store, he can't avoid trying the new flavors.

It's his guilty pleasure.

"I'm a food scientist, so it's work," the researcher jokes.

We will eat a lot there again, the director of producer Van Delft recently reported to NU.nl.

And we will also spend more on it, because the regular variant has been overtaken by the more expensive chocolate spice nuts.

Camps knows that that happens at a time.

"There are people who fill a small container, close the bag neatly and then do not arrive there for days. Incomprehensible."

Because Camps may work at Wageningen University, but he is only human.

He is not unfamiliar with soil satiety (as in: what is tasty must be used up).

Why do we keep eating spice nuts?

Our bodies are geared to foods that require effort, says Camps.

We are made for food that we have to look for and chew hard, such as seeds, tubers and fruits.

Not for food that is quickly satisfying and that provides you with enough calories in one bite for a complete meal - no matter how appealing.

When we are presented with such a snack, our body says: bunker.

"With the seasoning added, you also get variety and you eat it in bite-sized chunks," says Camps.

"An ultimate product to overeat. The pleasure comes from your mouth and the stomach ache comes later."

“I hear that people eat until they are nauseous.

Then you resolve to never do it again, just like when you wake up with a hangover.”

Dietician Berdien van Wezel speaks of a taste explosion with ginger nuts, especially those with chocolate around it.

"Once you've tasted one, the taste lingers in your mouth. It's a lot at the same time and that's nice. You get an increased saliva production and then you think: this is delicious. In addition, happy substances are produced in your brain," says Van Weasel.

"Then you feel less tired and then you continue."

The insidious thing about chocolate peppernuts is also the variety through different flavors, for example, from chips or candy you get tired of the taste at a certain point.

Camps: "But just as people still want to eat dessert after a dinner that is too big, you might eat even more because of the variety of different flavors of sprinkles and chocolate peppernuts."

The relatively limited time frame in which you can buy seasonal goodies also creates a feeling of scarcity.

You start to think: it's now or never, says Van Wezel.

"It's hard to control yourself then. Just like it's hard to stop once you start eating peanut butter crackers or M&Ms. I hear people eat until they're nauseous. Then you resolve to never do it again like when you wake up with a hangover."

The difference is: most people are not addicted, according to the dietitian.

"You often know yourself that you eat too much of it, but with an addiction you are lost, cancel your visit to satisfy your addiction, you are red and you hide your loot."

What happens much more often is that people come home tired or irritated and seek comfort for a while.

"There are also people who eat a lot of licorice: in the car, at home and at work. That is sometimes an addiction, because the substance glycyrrhizin in licorice has an addictive effect. It makes you feel good."

Avoiding the gingerbread is really not necessary, thinks Van Wezel.

"When it's Sinterklaas time, there is breast plate and stuffed speculaas. Buy it and enjoy it. There are hundreds of other days to eat healthy."