Pre-payment for snap-up purchases but spends a lot of wronged money, "Double Eleven Lowest Price" is a routine?

Chinanews Client Beijing, November 11th (Ren Jing) Since the pre-sale, the Double Eleven event has lasted for more than 20 days. However, some consumers have recently reported that the pre-sale prices of some merchants' products are higher than the direct payment prices. Where did the agreed lowest price go? Claims that the pre-sale period has the greatest discount Actual pre-sale price is hig 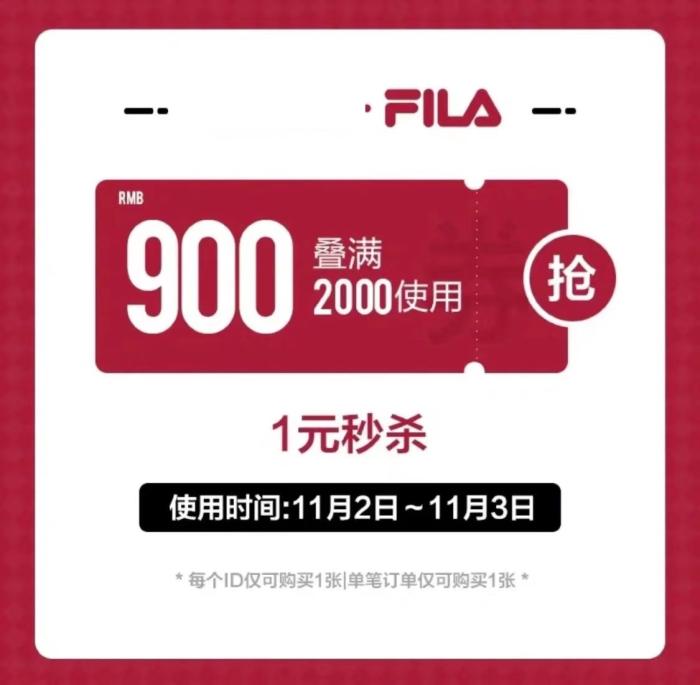 Chinanews Client Beijing, November 11th (Ren Jing) Since the pre-sale, the Double Eleven event has lasted for more than 20 days.

However, some consumers have recently reported that the pre-sale prices of some merchants' products are higher than the direct payment prices.

Where did the agreed lowest price go?

Claims that the pre-sale period has the greatest discount

Recently, a large number of complaints about the FILA brand have appeared on a complaint platform. The main content of the complaint is that the merchant deceives consumers and releases more preferential coupons after promising that the pre-sale price is the lowest price.

According to purchaser Fu Qi (pseudonym), during the first wave of pre-sales, the FILA live broadcast room released three large coupons, including one for 2000-700 (including a discount of 300 yuan on the shopping platform).

The host in the live broadcast room will emphasize that these three coupons are the biggest coupons during the Double 11 period before the coupons are released every hour.

For this reason, she grabs coupons every day, and finally grabs three coupons.

Before midnight on November 1, the anchor of the official flagship store urged everyone to pay quickly during the live broadcast: "The final payment is the same tonight and tomorrow. No matter what the discounts for subsequent events are the same as now." Many buyers listened to the introduction of the anchor. And pay.

However, on the evening of the 2nd, the merchants released a large number of 2000-900 coupons (including the full discount of 300 yuan on the shopping platform) in the live broadcast room, and the discount was even greater.

In addition, the Converse brand also has a situation where the pre-sale price is higher than the direct purchase price.

On a complaint platform, some consumers posted their purchase records and screenshots of chats with customer service.

The price of the shoes purchased by the consumer during the pre-sale period was more than ten yuan higher than the price paid directly, but the customer service refused to refund the difference on the grounds that "has been shipped and there is no suitable yardage."

Therefore, some consumers request a refund to the merchant after discovering that the actual price paid for the goods is lower, but the road to refund is not smooth.

Taking FILA as an example, as a regular customer of the brand, Feiran (pseudonym) offered to refund the difference after placing the order, but was rejected by the customer service on the grounds of "not grabbing 2000-900 coupons."

Merchants said they need to grab coupons to refund the difference.

Indeed, Article 5 of the insured service standard of a certain shopping platform-Other Notes for Consumers states that if there is a price difference caused by a coupon, the consumer must obtain the corresponding coupon and meet the conditions of use of the coupon. Can be included in the calculation range of the price difference.

After the price guarantee is successful, the corresponding coupon will be cancelled.

The price guarantee service standard of a shopping platform.

However, many consumers said that some consumers had successfully refunded the fee in the early stage, and at that time the merchant promised to refund the difference without a coupon of 2000-900.

Regarding this, he was very angry, "I feel that I have been treated differently. Why do you give someone a refund but not me?"

Many consumers who have had the same experience with Feiran have spontaneously set up a group to exchange refunds, but only a few consumers have successfully refunded part of their orders.

Consumers can apply for refund of price difference

Yang Chen, a lawyer from Beijing Zhongwen Law Firm, said that if a merchant claims that the price during the pre-sale period is the lowest price in the whole year, but the actual pre-paid price is higher than the direct-paid price, it is false propaganda.

Consumers should keep the evidence in a timely manner and communicate and negotiate with the merchants to resolve it.

If the merchant does not resolve the issue, the evidence can be submitted to the shopping platform for processing.

But Yang Chen also said that the promise must be an open or one-to-one promise by the merchant. It is difficult to apply for a refund of the difference based on chat records of other consumers and merchants.