Lasse Berghagen publishes an autobiography - together with Marcus Birro

Popular choir leader, successful artist and a man of the headlines. Lasse Berghagen makes an attempt to summarize his eventful life in the new autobiography Hello Life, written together with the author Marcus Birro. 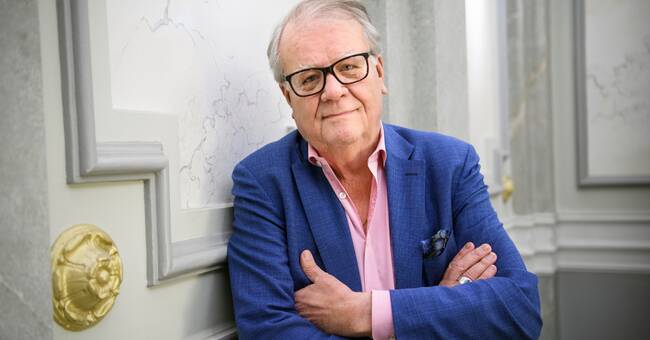 - I have a kind of melancholy and am a minor and major person.

Many songs I have written often start in minor but end in major, says Lasse Berghagen.

Lasse Berghagen made his debut as a songwriter and already got a record contract as a teenager.

When he first visited the Hamburger Börs for a record company meeting, he met Barbro “Lill-Babs” Svensson.

- She enchanted me with her way.

"I thought my life was over"

Lasse Berghagen was then only 19 years old, while Lill-Babs was 26 and one of Sweden's most famous artists.

They married and had a few happy years before she left him for another man.

Lasse Berghagen writes in the book: “I thought my life was over.

It would turn out that it had just begun ".

- Had our marriage continued, I would have become a shadow after Barbro.

When she broke up, I got a chance to grow.

The success of Allsång at Skansen

After a first turbulent time, successful years follow with pub shows, most listets on the Swedish top and folk park tours.

He participates in revues, films and gets his own TV show.

- In the sing-along, I got to be myself and work with my ideas, with the producer Meta Bergqvist.

There was some hard writing in the evening press, but at the same time it was the happiest time in my artist life.