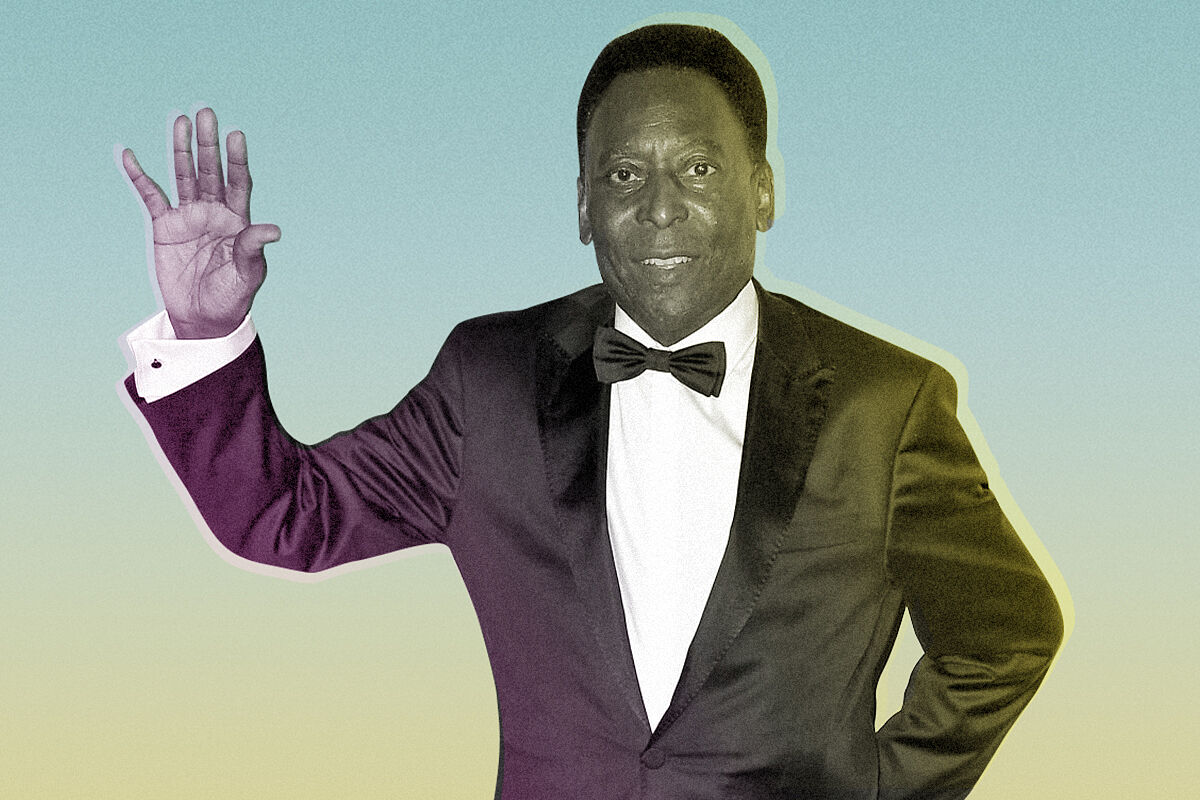 It was an emergency situation that forced the

, to enter the operating room several weeks ago. He had to undergo surgery to remove a tumor in the colon that to date had remained hidden. Just two days later, this soccer legend, who will turn 81 in October, wanted to convey his health status to his followers and did so through his social networks, ensuring that he felt "very well" and promising to "face a match more with a smile on his face.

The previous days, there was rumor about a supposed fainting of Pelé that he himself denied.

What was true, as the former player claimed, is that he went to the Albert Einstein Hospital in Sao Paulo with the aim of carrying out a battery of routine tests that had had to be postponed due to the pandemic.

and the doctors decided to leave him admitted

This was reported in a hospital statement: "The tumor was identified during routine cardiovascular and laboratory examinations and the material was sent for pathological analysis."

This type of cancer predominates in older people.

, but it must not be forgotten that it can also appear in younger people and affects men and women almost equally. In fact, colorectal cancer represents the most frequent tumor diagnosed in Spain in 2020 in both sexes. It is followed by prostate cancer, in men, and breast cancer, in women. Regarding mortality, according to 'Cancer figures in Spain 2021', the colorectal is the second that causes the highest number of deaths (16,470), behind the lung (22,930).

Although in most cases, the causes are unknown, there are certain

risk factors, such as a diet very high in fat

and low in fresh fruits and vegetables, the existence of polyps and inflammatory bowel diseases (especially Crohn's disease and ulcerative colitis) and having a family history (up to 25% of patients have an affected relative and in less than 10% there is a hereditary component).

Precisely because many patients do not have any symptoms, as has happened to Pelé, it is important to undergo routine screening colonoscopy. In the words of the oncologist Encarnación González Flores, a member of the Spanish Society of Medical Oncology (SEOM), "it consists of performing tests (an analysis of occult blood in feces and / or a colonoscopy) to diagnose the tumor in an initial stage or early". Currently, he adds,

"the screening method for the general population

, not at risk, recommended by the health authorities and which has been progressively established in the national territory, is the detection of occult blood in feces from the age of 50 old".

However, if there are bleeding in the stool, persistent abdominal pain, fatigue, anemia, weight loss, it is recommended to see a doctor.

If colon cancer is detected early in its early stages, 90% of cases can be cured

Treatment always depends on the circumstances of each individual, but there are three main ones: surgery, chemotherapy (including monoclonal antibodies and a tyrosine kinase inhibitor) and radiation therapy.

"It is removed if there are no distant metastases or if it produces many symptoms (such as bleeding, obstruction ...)", clarifies the specialist.

Once eliminated, the three-time world champion (1958, 1962 and 1970) wanted to share his evolution with his followers. 48 hours after leaving the operating room, he posted this message on his networks: «Fortunately, I am used to celebrating great victories alongside you. Then I will face

one more game with a smile on my face, a lot of optimism

and joy for living surrounded by the love of my family and friends ».

And after thanking the doctors who are treating him for the messages of affection he is already receiving, Pelé has been releasing successive publications on his evolution, especially after his new admission to the ICU a few days ago due to a gastric reflux problem.

"I am punching the air to celebrate each day better. Good humor is the best medicine and I have a lot of that. I have received so much love that my heart is filled with gratitude. Thank you to all the amazing staff at Albert Einstein Hospital!"

Against the breast cancer