The famous Champs-Elysees avenue in Paris will be lit up in red and purple at night, starting from November 21, on the occasion of Christmas and New Year, after a two-year hiatus due to social demonstrations and restrictions to combat Covid-19. 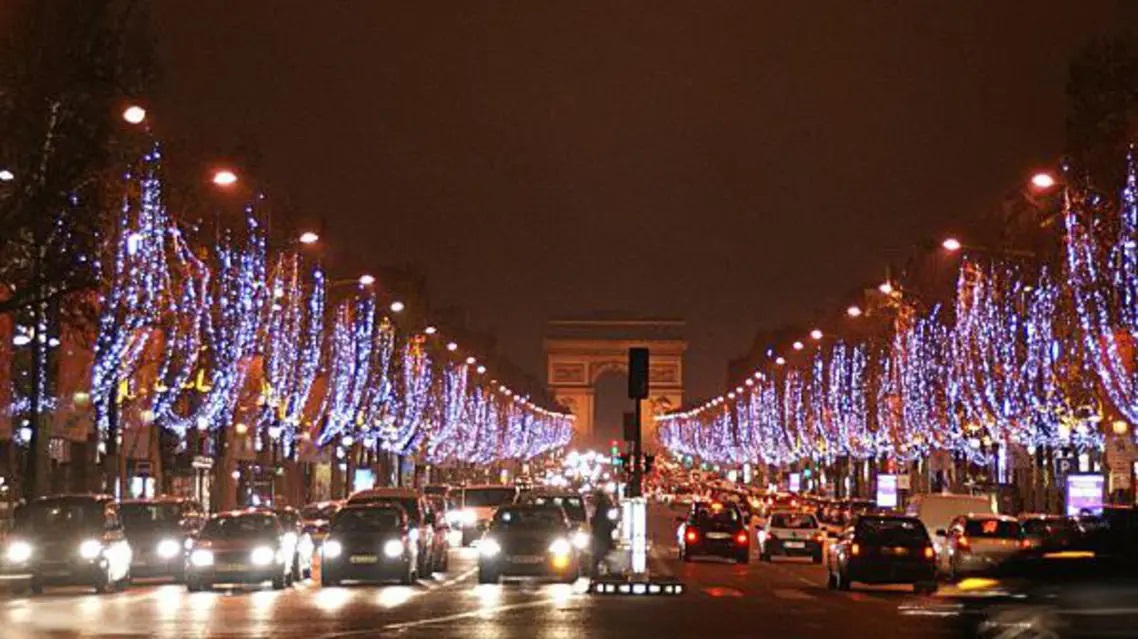 The famous Champs Elysees avenue in Paris will be illuminated in red and purple at night from November 21, on the occasion of Christmas and New Year, after a two-year hiatus due to social demonstrations and anti-Covid-19 restrictions.

The Paris Avenue sparkles until January 9, 2022, with the so-called “Flameboyance” light, made by the company “Blacher”, every day between five in the evening and two after midnight, and all night long on December 24 and 31.

The French singer Clara Luciani will launch the celebrations on the most famous avenue in the world, where the authorities of the French capital hope to attract ten million visitors during the end of the year holidays.

The cost of this lighting amounted to one million euros, with the Champs Elysees committee, which includes 180 economic and cultural players in the neighborhood, confirmed by its president, Marc Antoine Jammeh, its intention to “rationalize” expenditures on energy.

Jammeh said that this lighting consumes 23,400 kilowatts, which is equivalent to "the consumption of a family of four people in a year."

He stressed that this lighting, which was launched in 1980, is "necessary and decisive" for the image of the Avenue in the world.