Australia, from a great villain to a climate change 'convert' after being denounced for its emissions

The 270 islands of the Torres Strait, scattered in the Pacific between Cape York and Papua New Guinea, have taken the Australian Government to court for the lack of ... 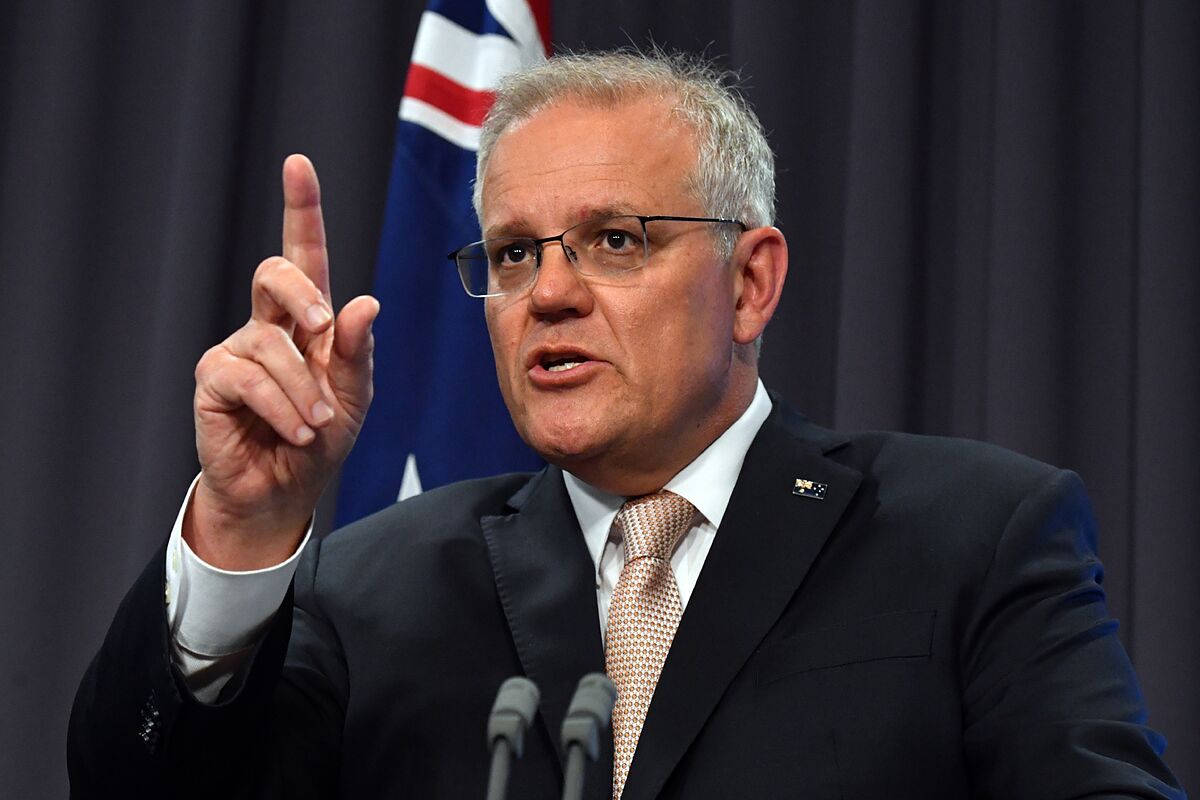 The 270 islands of the Torres Strait, scattered in the Pacific between Cape York and Papua New Guinea, have taken the Australian Government to court

for lack of action on climate change

. Hours before the litigation was made public, Australian Prime Minister

among the 'skeptics' - stood out with the unusual announcement of his 'zero emissions' plan for 2050 , following the trail already marked by more than 130 countries around the world.

It is the face and cross of the second country in the world by emissions per capita, the largest exporter of coal and in the first line of fire of climate change, as was clear from the devastating fires of 2018 and 2020 that affected

The lawsuit before the courts of the 'first nations' of the Torres Strait has exposed the Australian Government, which could be forced to reduce emissions by court decision.

The Australian case has been sponsored by the NGO Grata Fund, which traditionally defends the rights of aborigines, alleging that the inhabitants of the small islands would be the first to be affected by the rise in water levels with a global increase in temperatures above 1.5 degrees.

"Our ancestors have lived on these islands for more than 65,000 years, but the inability of the Government to prevent the climate crisis can mean that we are flooded, our soils are ruined by salt and our communities are forced to leave," he said.

, one of the plaintiffs. "Becoming climate refugees means losing everything: our homes, our culture, our identity."

"We are facing a case that can make history," warned

, founder and director of the Grata Fund, which is advising other affected communities across the country. "Across Australia, and particularly among the 'first nations', people are being severely affected by the inability of this government to take the climate crisis seriously."

In the middle of the countdown to COP26, and when Australia had already assumed its status as the 'black sheep' of the summit, Prime Minister Scott Morrison suddenly announced his country's accession to the zero emissions club by 2050, although

without entering into details on how to achieve that goal

, with vague references to hydrogen and CO2 capture, and with the also vague promise of reducing up to a third of emissions by the end of the century with "technological innovations."

Morrison's 'conversion' can in any case be seen as

, who interpreted the turn of his close ally in this way: "What the Australians have done is truly heroic. Joining the broadcast coalition Zero is very difficult for Australia, which is heavily reliant on fossil fuels. I think leaders are beginning to listen and understand that we are in an emergency situation. "

Scott Morrison did not even plan to attend the climate summit, but the pressure from the British Government (months after the signing of the first post-Brexit trade agreement) was vital to change his mind and can serve as a remote example for countries like Brazil or Saudi Arabia.

Still, Morrison has warned that he

will transition "his way"

and without having to endure "lessons from other countries that don't understand Australia." Experts have influenced the contrast of its zero emissions plan with its "low ambition" for the next decade (a reduction of emissions from 26% to 28% in 2030). Plus the great contradiction of continuing to be the world's largest coal exporter, with 80 projects on the waiting list.

"The commitment to 'zero emissions' continues to put us in last place among industrialized countries, unless there is a much greater effort to reduce emissions in this decade," warned

, director of research at the Climate Council, the Australia's most recognized climate advocacy and outreach organization.

"We are at a defining moment for the world in responding to climate change, and Australia remains the villain, a defector from the international community," added Bradshaw.

"The game will be over, and no one will take us seriously, if Australia allows polluting fossil fuel projects to go ahead."

"Australia is lagging behind its own states and territories, its trading partners and other comparable countries," former UN Secretary General

"The world is waiting for Australia to take its place in the international community and raise its climate ambition."

Certificationbp Castellón, the first refinery in the world to generate sustainable fuel for aviation

COP26 The head of COP26 pressures world leaders to sign agreements in Glasgow: "Don't come and take your picture"