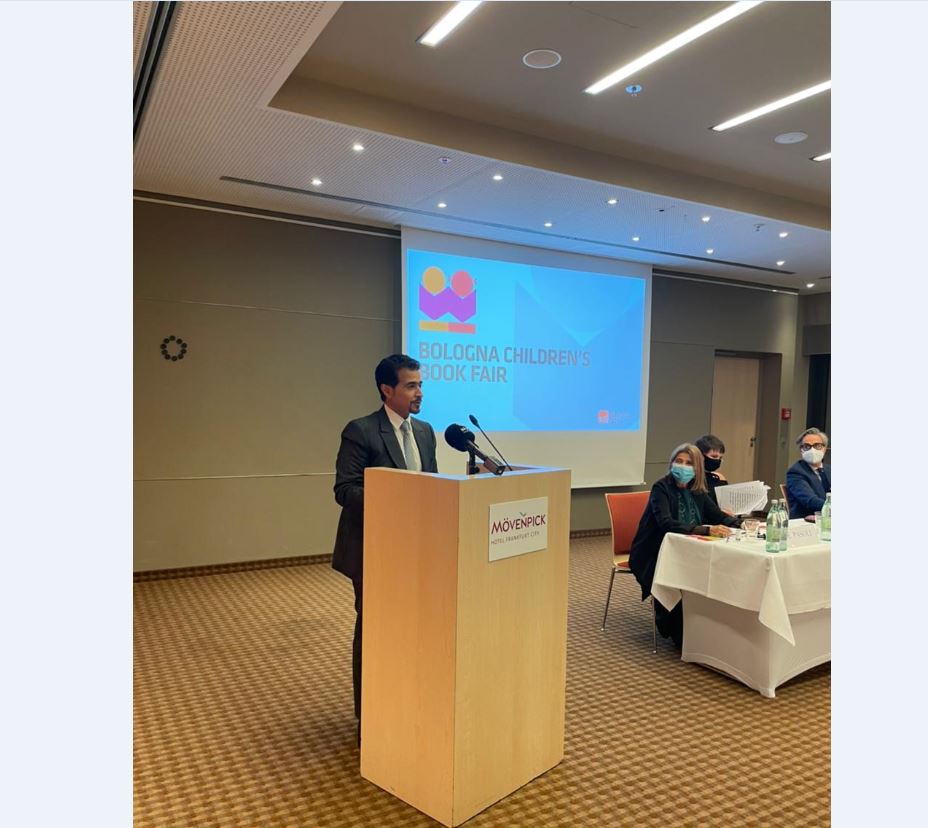 This came during the participation of the Sharjah Book Authority in the activities of the 73rd session of the Frankfurt International Book Fair. In promoting dialogue and cooperation with counterpart cultural projects.

Al Ameri stressed that choosing the Sharjah International Book Fair among four international book fairs to be the gateway to Italian culture dialogue with the world is the result of the directives and support of His Highness Sheikh Dr. Sultan bin Muhammad Al Qasimi, Member of the Supreme Council and Ruler of Sharjah, and comes as a continuation of Italy’s celebration of the Sharjah cultural project, as After the emirate was chosen as the guest of honor at the Bologna International Children's Book Fair in 2022.

Al Ameri explained that the Sharjah Program as Guest of Honor at the Bologna International Children’s Book Fair will enrich the public’s experience with a series of events that include theatrical performances held at the exhibition, and in the schools of the Italian city of Bologna, and include dialogues and discussions dealing with the development of the education and literature sector dedicated to children in the future, to embody on the ground the message of Sharjah to the world.

Regarding the authority’s participation in the Frankfurt International Book Fair, Al Ameri said: “The Sharjah Book Authority is keen to participate in international book fairs, because of the opportunities they represent in achieving Sharjah’s vision towards enhancing areas of cooperation and joint work with cultural institutions and publishers in various countries of the world, and participating in The Frankfurt Book Fair is one of the main participations in the Authority’s agenda.”

The authority's participation in the Frankfurt Book Fair witnessed a review of the efforts led by the Sharjah International Book Fair in its fortieth session, and the accompanying events witnessed by it, including the "Publishers Conference", which is held over three days, and brings together publishing industry experts from all over the world.

The authority's delegation reviewed the main cultural events hosted by the Emirate of Sharjah, such as the Sharjah Children's Reading Festival, in addition to the services provided by the Sharjah Publishing City Free Zone, the first free zone of its kind in the world specialized in serving the publishing and printing sector, from services to publishers. Europeans at the 41st and 42nd Sharjah International Book Fair.