The lava from the La Palma volcano advances this Tuesday on previous flows: its advance, in this interactive graphic

The European Copernicus satellite system estimates the area destroyed by lava from the La Palma volcano at 906.8 hectares, just half a hectare more in an interval of ... 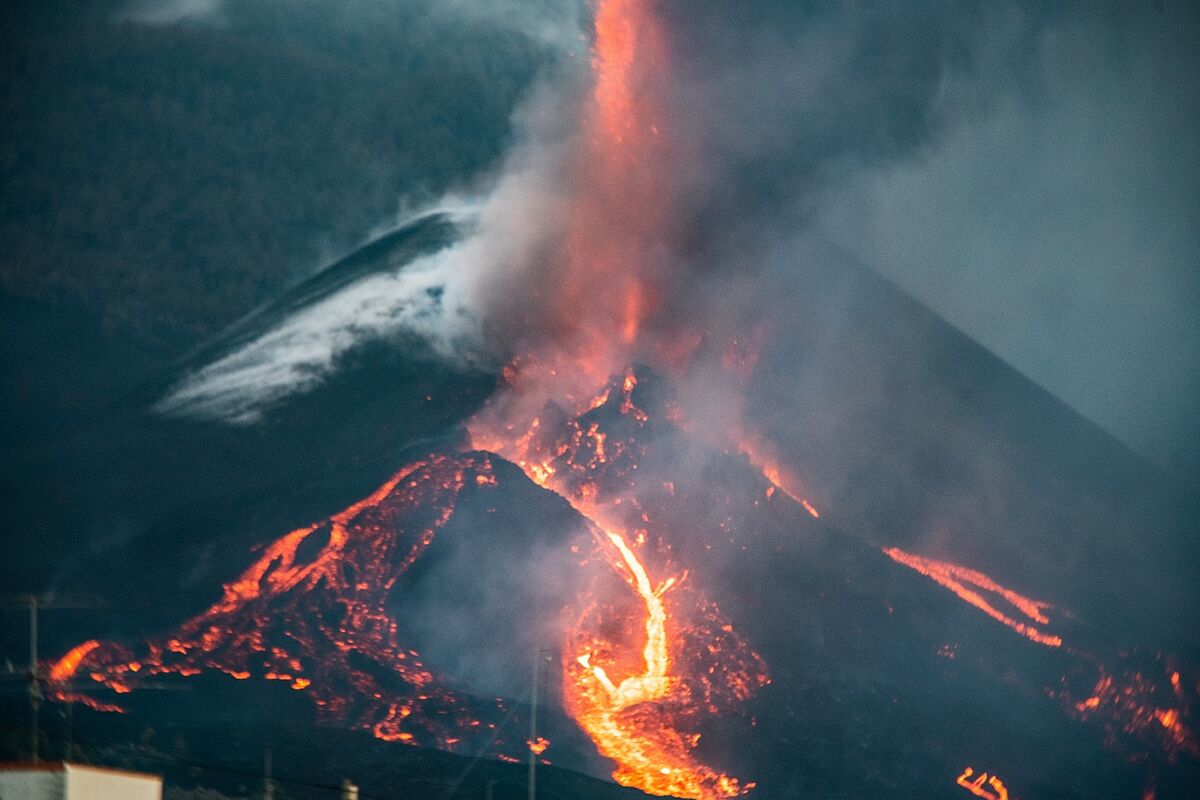 just half a hectare more in a 20-hour interval.

This last measurement was carried out this Tuesday at 12:30 in the Canary Islands, and the number of buildings destroyed remains unchanged, 2,162, and 124 possibly affected.

Nor does the estimate of the damage that the different runoffs have caused on the island's roads change: 66.2 kilometers have disappeared and another 3.4 kilometers have been partially damaged.

The director of the National Geographic Institute (IGN) in the Canary Islands, María José Blanco, already indicated on Monday that the orientation of the new cracks in the main cone through which the lava gushes out is optimal in

This is the thirty-third map made by the Copernicus system since the beginning of the volcanic eruption at Cumbre Vieja on September 19.

StoriesThe boys who track volcano gases all over La Palma: "It's going to last, it still releases 14,000 tons of dioxide a day"

StoriesThe month under the lava by geologist Stavros: "We men always look for volcanoes for their fertility, because they also create life"

La Palma volcanoThe volcanic family of the Canary Islands that lives under the sea: 130 million-year-old grandmothers and embryos 'ready' to be born