Is Turkey's withdrawal from NATO approaching?

Speculation is increasing in the American capital of the Turkish government's growing desire to withdraw from NATO, and that speculation has increased in light of the successive tensions that Ankara is witnessing in its relationship, whether with Washington or Brussels. 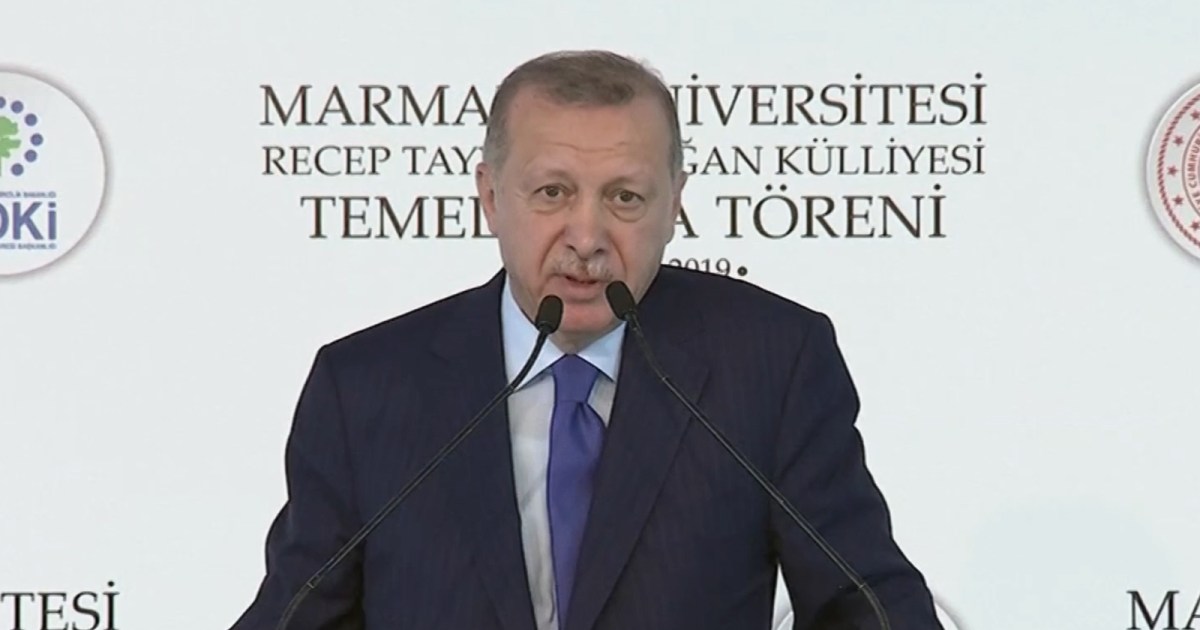 Speculation is increasing in the American capital about the growing desire of the Turkish government to withdraw from the North Atlantic Treaty Organization (NATO), and these speculations have increased in light of the successive tensions that Ankara is witnessing in its relationship, whether with Washington or Brussels, and the differences between Turkey and its Western allies reaching a stage It is not possible for the situation to remain as it is.

During the past two years, the size of the dispute that unites the two parties has emerged, and it has clearly appeared in the crisis of the "F-35" aircraft, whose chapters have not yet ended, in addition to crises related to Ankara's record on human rights issues, which Washington sees as bad. The subject of this record is the case of opponent Osman Kavala.

US reports indicate that the Turkish president has planned to leave NATO since the summer of 2016 after the failed military coup attempt against him, as he considered that Washington did not object to it, but rather welcomed it.

The Turkish president realizes that his country has no real friends in the American capital.

The dispute between Turkey and its Western allies - led by the United States - escalated only a few days before the G-20 summit in Rome, where the Turkish president hopes to meet with US President Joe Biden and other Western leaders.

Nine NATO member states (Canada, France, Finland, Denmark, Germany, the Netherlands, Norway, Sweden and the United States), as well as New Zealand, renewed their call for a "fair and speedy settlement of the case" of Osman Kavala, a Turkish businessman and activist imprisoned on trial for 4 years.

President Erdogan responded by threatening to expel the ambassadors of the 10 countries.

Washington's punishment of Ankara and its exclusion from the grouping of advanced F-35 fighters due to Ankara's purchase of the Russian S-400 air defense system is the main point of tension on the military front between the two countries.

Turkey participated in the program to produce the most advanced American fighter when it was launched, and it was supposed to get about 100 of them, but Washington excluded it from the program in 2019 after obtaining the Russian air defense system.

Turkey has the second largest army participating in NATO after the US army, and Turkey is one of Washington's most important historical allies in the region.

Historically, no other country played the pivotal role that Turkey played during the Cold War, which ultimately led to the victory of the United States and the West over the Soviet Union.

This indicates Turkey's importance to the US strategy, whether within NATO, or to secure Western interests in Europe and the Middle East.

A periodic study of the Congressional Research Service points to the importance of the US military presence inside Turkey as a major member of NATO, with a focus on Incirlik base in southern Turkey, where 2,500 American soldiers are traditionally located to carry out military missions in the Middle East. Congressional research studies raise a difficult question about practical alternatives to this rule that do not affect the US military effort in this troubled region of the world.

American circles believe that separating from Turkey would be a deliberate self-harm to Washington's interests. Turkey is not limited to President Erdogan only, but is a geographical and economic giant in the region that plays the role of the separator between Europe and the Middle East, and between the Middle East and Russia;

Therefore, losing Turkey as an ally of the West means placing the Middle East on Europe's doorstep, eliminating the potential barrier to Russian influence, allowing the latter to penetrate into the heart of the Middle East.

In addition, Turkey is a country in the best position to strike a balance with Iran, whose ambitions and influence are growing in conjunction with its growing partnership with both Russia and China.

Philosophically, Europe wonders about Turkey's membership, the country they consider "Middle Eastern" in the first place!

In an interview with the famous "The Economist" magazine, French President Emmanuel Macron questioned the scenario of military intervention to defend Turkey.

He cited the important military decisions taken by Turkey and the United States on their own - without consulting with NATO partners - in dealing with the Syrian file.

Macron spoke frankly about Article 5, which obliges member states to intervene militarily to defend any member state under attack. Macron said surprisingly and denouncing: "If the Syrian army or its military allies attack Turkey, will we intervene to defend Turkey?!"

US reports indicate that Turkish President Erdogan has planned to leave NATO since the summer of 2016, after the failed military coup attempt against him, as he considered that Washington did not object to it, but rather welcomed it.

The Turkish president realizes that his country has no real friends in the American capital.

Then came the development of Turkish-Russian relations militarily, which was evident in Turkey's acquisition of the advanced S-400 air defense missile system. Despite the sanctions of Congress, neither Washington nor NATO membership succeeded in dissuading Turkey from its decision, and the Pentagon responded with sharp steps;

As a result of that decision, Turkey was expelled from the F-35 fighter program, and Turkish military trainees returned to their country.

The file of closing the F-35 manufacturing crisis collides with Turkey's announcement of plans to obtain a second batch of the Russian missile defense system, which led to a new warning from the United States about the risks of a deterioration in bilateral relations.

Following his visit to New York to attend the United Nations General Assembly before the end of last month, Erdogan expressed his anger at US President Joe Biden, and his mistrust of the American ally.

Erdogan then headed to Russia, where he met with Russian President Vladimir Putin, and it was agreed to deepen defense cooperation to include work on combat engines, submarines and missile engines.

Turkey has also expressed its desire to buy the latest generation of Russian fighters, "Sukhoi-35", if an agreement is not reached with Washington.

The Turkish military does not prefer to resort to Russian fighters because it will not fit the culture of the Western Turkish Air Force, and such a deal would put an end to Turkey's membership in NATO.

70 years ago, NATO's first secretary general, Lord Hastings Ismay, said the alliance aims "to keep Russia outside Europe, America within Europe, and Germany within its borders." It seems that Turkey, the second largest armies of NATO after the American army, is seriously considering leaving the alliance, which would be the beginning of the end of a military alliance that is the most important in contemporary history.