Actress Svetlana Svetlichnaya was found alive by police officers. According to the media, the artist is currently participating in the recording of the TV show. Earlier, the head of the Investigative Committee, Alexander Bastrykin, put the situation with the disappearance of Svetlichnaya under control. Also, the search and rescue squad "Lisa Alert" was engaged in the search for the actress. 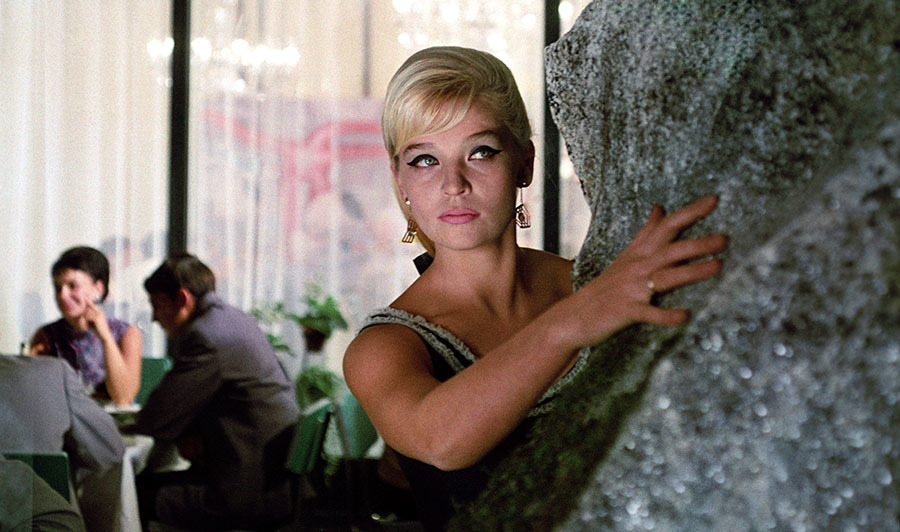 “Found alive by policemen,” RIA Novosti quotes a spokesman for the press service of the Main Directorate of the Ministry of Internal Affairs of Russia in Moscow.

In a conversation with RT, the artist's son Alexei noted that he did not know anything about his mother's condition, he had no additional information.

According to kp.ru, Svetlichnaya is located on the territory of the Gorky Film Studio, where she takes part in the filming of a talk show for the Rossiya TV channel.

The disappearance of the actress

The disappearance of 81-year-old Svetlana Svetlichnaya appeared in the media on October 25.

In particular, it became known that the day before, her son had turned to the police with a statement about the disappearance of the actress.

According to mk.ru, the last time the relatives saw the artist was on October 19, and on October 20 they talked to her by phone.

On the same day, a film crew came to Svetlichnaya, then she had an "unpleasant conversation" with a relative (Svetlichnaya called from an unknown number).

Later it turned out that on that day someone called an ambulance to the actress, but she refused hospitalization.

On October 22, Svetlichnaya's relatives came to her home, but the artist was not in the apartment.

Her personal belongings were in place.

The Svetlichnaya family did not exclude that the actress could be with friends, and did not get in touch "out of harm."

According to mk.ru, on October 22 at about 17:00 Moscow time, Svetlichnaya was at the Gorky Film Studio and was in a good mood.

There, Svetlichnaya felt dizzy, after which an ambulance was called for her.

On the eve of her disappearance, Svetlichnaya also attended the Guild of Russian Cinema Actors.

Guild director Valeria Gushchina, in an interview with RT, emphasized that the driver was asked to accompany Svetlichnaya to the door, because the actress looked tired - which he did.

“She left in good condition, everything was fine, there was some such dispersal, but she left so confident that we will help her sort out her complaints about her relatives,” Gushchina said.

According to her, Svetlichnaya complained that she was allegedly forcibly relocated to a new apartment - although earlier she herself had given consent to the move.

“She is very much in moments of nervous breakdown like that,” - explained the director of the Guild.

Gushchina stressed that the relatives moved the actress closer to themselves in order to provide her with timely assistance.

“I think that on that day she couldn't go anywhere else for a simple reason: I repeat, she left us already using her energy, that's all, she was very tired.

I think that the only thing she did was come home and probably just went to rest and sleep.

What happened then, why did she leave without her beloved backpack ... "- said Gushchina.

More than 40 volunteers were involved in the event.

"October 22, 2021 was seen for the last time, since then the whereabouts are unknown," - said in a message on the forum "Lisa Alert".

Searches were carried out in the Rostokino area (North-Eastern Administrative District of Moscow).

It was assumed that on the day of her disappearance, Svetlichnaya was dressed in a multi-colored fur coat and a black hat.

The orientation emphasized that the actress "can be disoriented."

Also, the situation with the disappearance of Svetlichnaya was taken over by the head of the Investigative Committee of Russia, Alexander Bastrykin.

“The media notes that after an injury received during one of the last filming, the woman began to have health problems,” the department stressed.

According to relatives, Svetlana Svetlichnaya has been suffering from dementia for several years.

In a conversation with the Zvezda TV channel, the actress's friend Elena Perelygina said that she had “disappeared without a trace” more than once.

According to Perelygina, this is due to the age of Svetlichnaya.

Svetlana Svetlichnaya has acted in films for over 50 years.

In her filmography there are about 40 paintings.

The actress became widely known for the role of Anna Sergeevna in Leonid Gaidai's cult comedy "The Diamond Arm".

Subsequently, Svetlichnaya appeared in the tapes "The Meeting Place Cannot Be Changed", "Seventeen Moments of Spring", "The Goddess: How I Fell in Love" and others.