Liesje was raped by seventeen boys

This is the story of Liesje 'Obispo' Fraai (29), main character in a three-part Videoland documentary. It is the bizarre story of a girl who, at the age of thirteen, becomes the victim of a brutal gang rape and later picks up her life as a drug smuggler and top escort. "The easy money gave me a kick." 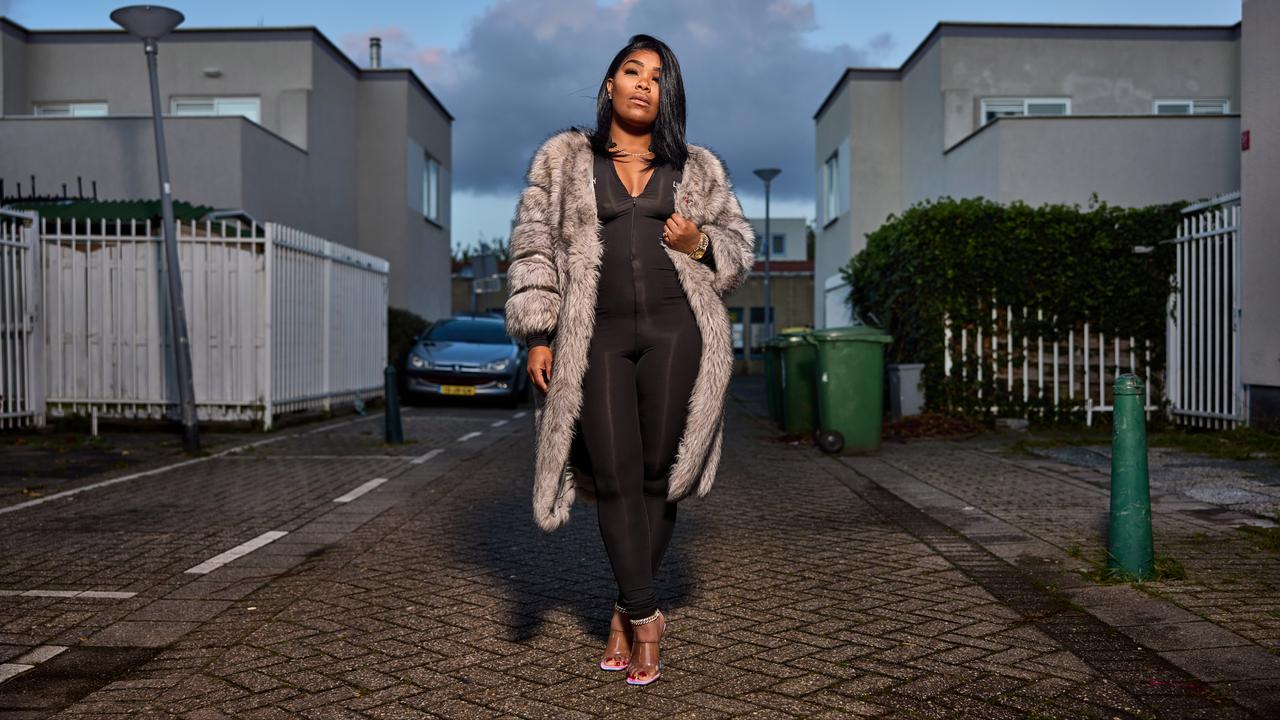 This is the story of Liesje 'Obispo' Fraai (29), main character in a three-part Videoland documentary.

It is the bizarre story of a girl who, at the age of thirteen, becomes the victim of a brutal gang rape and later picks up her life as a drug smuggler and top escort.

"The easy money gave me a kick."

"With a bag over my head, I was pulled into the bushes. I was tied hand and foot on an upside-down shopping cart. I had a sock stuffed in my mouth. My vision was blurry, but I felt I was surrounded by a group of boys "Who goes first? I heard someone say. And then they started raping me. One by one. I was thirteen years old."

"From the undergrowth I was taken to a cellar box. There the rapes and assaults continued. All night. Seventeen boys, in varying compositions, were involved. One of them took me to his house, where I passed through the next morning. his sister was found in the bedroom, bleeding profusely and bruised."

"She just asked for it!"

"I cannot describe in words how I felt that evening and night. When I was found the next day, all I could do was cry. I did not attend the trial. All I remember were the angry mothers , who brought their sons to the police station, while I made a statement. 'She just asked for it!'

I heard one of them say."

"A thirteen-year-old girl who is asked to be raped? A girl who deliberately walked around in wide tracksuits because she was attacked at home by an uncle by marriage, who wanted to give her as few ideas as possible?"

"My mother worked as a cleaning lady from morning to night. A man, who was in a relationship with my aunt, slipped into our house and committed fornication with me. He knew that my mother was not at home and my father out of the picture. Then he would touch me and say: I'm going to make you grow up, girl."

Liesje Obispo: 'I was derailed by deep-seated hatred and the lack of good help.'

Liesje Obispo: 'I was derailed by deep-seated hatred and the lack of good help.'

"My school friend knew this. I felt safe with him. Even though he was two years older, I could always go to him after school. We played tic-tac-toe, Memory and other games. We even went to the 'SuperPower Kids Club' together ', where children from a Christian background met."

"He allowed himself to be riled up by his older friends with whom I also sometimes hung out. They thought it was strange that he hadn't kissed or touched me yet. They should do that together. After the rapes I have the name of my friend to the police, whereupon he gave all the names of the other boys."

"After the perpetrators were punished, I sat in my room for half a year. I didn't want to have anything to do with anyone. EMDR therapy at the Riagg, where the trauma is relived and the memory is blurred, did not help. I was there not ready yet."

"All I thought was, why me? We were friends, weren't we? I trusted those boys blindly, who were punished much too low. I ran into my ex-boyfriend on the street a year later. The hatred I felt then , was indescribable."

"That deep-seated hatred and anger and the lack of good help derailed me. I hung out with a group of street criminals. They did protect me, but they did not shun violence. A lot happened during that period, which I cannot do for my own safety. I can say a lot. However, I was arrested after a shooting incident and ended up in a closed juvenile detention center."

"The first day immediately turned into a fight with a girl who called herself the boss of the department. I had a short fuse and was unmanageable. I also got upset if I was touched during a frisk. No one was allowed to touch me. were the aftermath of the rapes."

"After a first year in the institution full of disbelief, anger and fights, I made a rigorous decision. I decided to step out of the victim role and use my charms. I noticed that I was being watched by boys and jailers. That's where I had to go. what to do with it."

"In prison, the temptress was born in me. At one point I received love letters from the boy's block. Boys shouted my name from their cells when I walked in the air yard. Some gave me money when we met at school. There I bought good food from the prison shop."

Liesje Obispo earned a lot of money as an escort in Marbella, Miami and Ibiza.

Liesje Obispo earned a lot of money as an escort in Marbella, Miami and Ibiza.

"After my release, I was almost 18, my mother tried to influence my life with strict rules. With little success. After the umpteenth quarrel, I took my passport and went with an aunt on holiday to Curaçao. With 700 grams of coke I returned to the Netherlands in my stomach. I had swallowed 95 globules. Dozens at a time, in combination with jam, which made them slide in easily. I got between 7000 and 9000 euros for that. I didn't think about the dangers. I just wanted to make money and lead a nice life. Dancing in Curaçao clubs, where I completely turned a dance floor upside down during a miss wet T-shirt match. A game was set up for me, in which more at the end of the evening than 2000 Antillean guilders."

"Back in Rotterdam I immediately went to nightclub OQ on the 's-Gravendijkwal. First to go pole dancing alone. Later also to go to the rooms with men. My position of power and the easy money give me a kick. sweet revenge for the rape."

"Not much later I also went on a hi-class escort. I earned gold in Marbella, Miami or Ibiza. Three times a year I flew to Curaçao to enjoy the money. Chilling on the beach with a cocktail in the I also bought things for my family, including a fishing boat for my grandfather."

'Each wig is a different character for me'

"I have also built up an impressive wig collection. Each wig is a different character for me. If I wear a black wig, then I am calm. If the wig is red, I only think of one thing: making money. The blond wig stands for pure dominance. Blonde Liesje is what men prefer. Even when I'm not working, I wear a wig. Without it I feel vulnerable. Then I'm that girl in that cellar again."

Lizzie with her red wig.

Lizzie with her red wig.

"I spent nine years in prostitution and put my emotions on hold. But during the corona pandemic I realized that I was destroying myself. I fell into a depression, but in an online support group I met a woman who made me laugh again. She's my fiancé now."

"Four months ago she asked me in an oyster bar. The heart-shaped box with the ring was between the ice of the champagne cooler. There were fireworks. People around us started clapping. For the first time in my life I felt really loved."

"Before she came into my life, I didn't know what real love was. When she touches me, my whole body gets warm. Everything starts to tingle and my hands get clammy. It scares me, but once again I realize that paid sex is freezing cold is."

"Now I want to become a mother. We would like to start a family. I will be ready soon. Unlike my upbringing, I am going to give sex education. I also want to offer my child safety at home. I want to be a stable house mother. Being a good example.”

"Many young girls, who think I'm still in the business, send me messages via Instagram. They ask me how they can get into my world. I now distance myself from that. I prefer to inform them about the dangers of work. through lectures at schools. That is why the Liesje Obispo Foundation was established. I will also let girls who have been sexually abused tell their story to fellow sufferers. Support groups are more useful than a conversation with the psychologist."

"The question to myself is: am I willing to sacrifice my loveless luxury life for a normal existence with real love? I hope so, but it is not an easy task."