Jean-Yves Ferri, the artist of Asterix: "Humor is resistance"

Some novelties included in Asterix in the footsteps of the griffin (Salvat; from today, in bookstores): Obélix falls in love with a woman and that makes him question their relationship ... 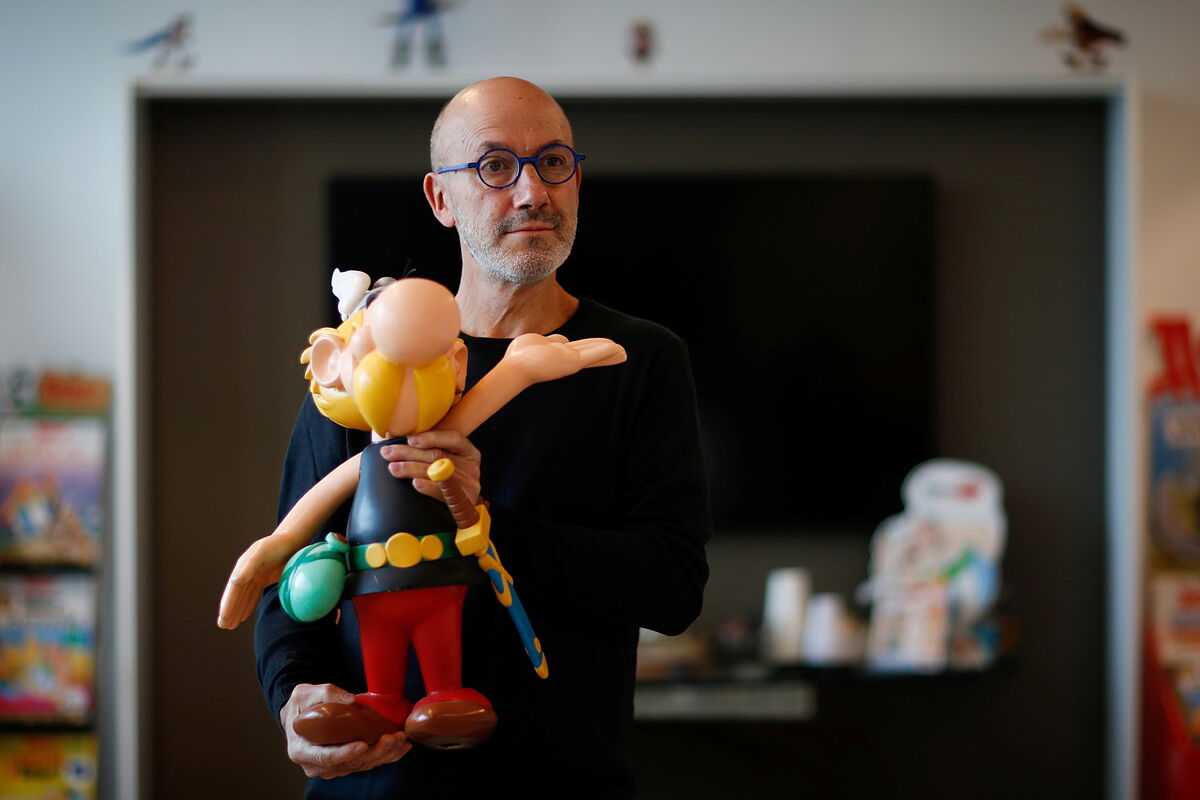 Some novelties included in

the footsteps of the griffin

(Salvat; from today, in bookstores):

Obélix falls in love with a woman

and that makes him question his relationship with Ideáfix. There are four or five vignettes that seem to have been drawn from a drone, true aesthetic marvels; but there is also an image that is a white on white box, Malevich style. White, in fact, is the predominant color in an album that takes place in the snowy steppes that border the Black Sea, somewhere that must correspond to the south of present-day Ukraine and where the remote people of the Sarmatians lived. And that is the third novelty of the book:

who knows anything about the Sarmatians?

From Ukraine in Roman times? The setting of

Asterix in the footsteps of the griffin

is an almost unreal place, unrecognizable to most readers.

"The idea was that Asterix, Obélix and Panorámix would not visit a very specific country, that there would not be a recognizable setting or folklore to cling to because that way we created

an expressive air, something intimate

. I think Goscinny would have made

. Here, on the other hand, everything is more abstract and, therefore, can be more expressive ", explains Jean-Yves Ferri, the cartoonist who has signed the last five books of the Gauls together with the screenwriter Didier Conrad.

But don't worry: in

In the footsteps of the tap

there is also a journey at the beginning and a feast at the end. The pirates come out, there are very funny cameos, there are four or five beatings and six or seven good gags and the Romans are very idiotic and very intelligent at the same time.

The fun of the game, as always, is to find the balance between the known and the new.

"The essence of Asterix is ​​in the reader. Asterix has something that is within each reader. I don't know why: Umpa-pá [the former character of Goscinny and Uderzo] seems wonderful to all of us, but in readers' surveys It turned out that they didn't like it so much at the time. Then Asterix came and something happened that is a mystery. For some reason, they made 15 albums that were true works of art and that coincided with a specific moment in which the comic was at the center of the counterculture. And that legacy has remained forever. "

Asterix and Obélix are, therefore, children of the 60s: jokers, optimists and rebels.

How are they getting along with the world of 2021, so serious and obsessive?

Asterix and the Picts

Let's go with the "current affairs" thing. The action of the album is triggered by a gesture of populism by Julius Caesar, who sends his troops in search of a mythological animal that will entertain the Roman masses. Well, we've seen that resource before. The interesting thing is that it turns out that among the Sarmatians of the new Asterix, women go to war and men take care of their children. "We have joint custody," explains one of the hosts of the Gauls.

Didn't they get to burn copies of

(1975) a few months ago, in a Canadian school due to the sin of some a little anachronistic, a little Eurocentric scene? What about the obsession with political correctness? Ferri answers concisely: "Asterix's humor is current. Laughing like Goscinny is absolutely necessary. Humor is more important than ever.

and that is what Asterix's modernity consists of. And that is why it is successful even today." .

And on the other hand? Does the fact that the candidates of the French nationalist right have 33% of the vote in the presidential elections condition the narrative of a hero who, in some way, is an unrepentant nationalist? "Goscinny and Uderzo came from immigration," recalls Ferri. "His Asterix was never a militant of anything, he never treated politics as a central theme. Perhaps Caesar's Gift was the only exception. But what mattered was humor. Asterix has always laughed at everything."

Ferri says that his work with the Gauls is very difficult.

The aesthetic composition of Asterix albums is a thing of the past, "no one makes comics like that anymore", but no one wants Asterix to be otherwise.

Your two heroes must always be present, sustaining the action.

"And everyone always reminds you that your books are not as good as the originals. Okay, I think so too. But it might be for the emotional part. Look, I know children who tell me that their favorite Asterix is ​​that of

HISTORY Orlando Figes: "The opposition in Russia does not have the guts to go to the real fight"

HistoryKarl Schlögel: "Everyday life in the USSR was a permanent state of psychological emergency"