The Epic of black music - Kingfish, the future of the blues?

Bruce Iglauer, president of the Alligator Records label in Chicago, is his first fan and best lawyer. He praises on all the radio and television antennas a young singer and guitarist ... 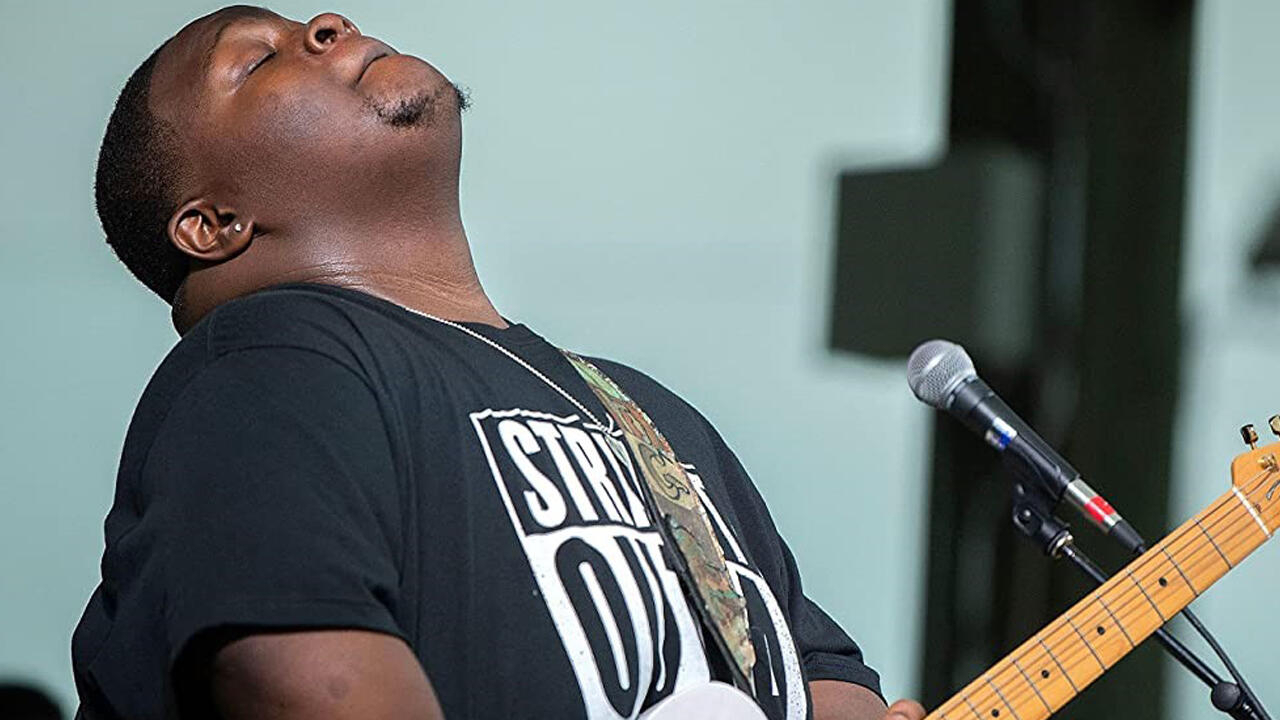 Kingfish, the future of the blues?

Bruce Iglauer, president of the Alligator Records label in Chicago, is his first fan and best lawyer.

He praises on all the radio and television antennas a young singer and guitarist of 22 years, whose undeniable qualities promise him a bright future.

"Kingfish", whose real name is Christone Ingram, is indeed a gifted young man whose first works we never tire of listening to.

Revealed to the general public in 2019, dubbed by veteran Buddy Guy, he confirms his talent on the album

, the telephone code of the Mississippi where he is from.

For 50 years, the Alligator Records label has watched over the development of the blues by publishing artists' albums that meet the expectations of an ever-changing audience. From Hound Dog Taylor to Kingfish, half a century has passed and the colors of the blues have been fed by a wide variety of sound sources. The young Christone Ingram can now rely on this imposing heritage to bring out her expressiveness and creativity. In addition to his immense talent, he owes his originality to this massive heritage that his elders have indirectly transmitted to him over the decades. It is also pleasant to note that his knowledge of the history of African-American popular music is solid and perfectly mastered.

“Where I grew up is the delta blues region. Nearby you have Country Blues. This music takes different forms depending on where you were born. won't play the same blues as those born on the west coast of the United States or in the southern states I want to express my way of playing the blues, it's my own style, it's the blues of the Mississippi Delta. I would say that the delta blues represents the foundations of the American rural blues embodied by people like Robert Johnson, Son House, Honeyboy Edwards, Johnny Shines, and many others… Gradually, the blues became electrified thanks to artists like Muddy Waters who chose to go north, to Chicago, and perform with… an orchestra, which was very new in blues history at the time.for example, one of the major differences between the blues of the North and that of the South. Personally, I really like the sustained rhythm of the Chicago blues ".

It is true that the vigorous tone of Kingfish borrows seriously from the great figures of the electric blues of the 50s. He also admits being inspired by personalities like Willie Dixon whose aura in the 20th century was undeniable.

This propensity to look to the past once earned him the mockery of his classmates caught up in the rhythmic rhythm of American rappers.

Kingfish did not care, he assumed his tastes, his artistic choices and knew how to respond to his detractors.

My friends kept telling me: "Why are you listening to those old dusty recordings?".

And I was trying to make them understand that this was also part of our history.

The blues is the matrix of all popular African-American music.

Honestly, they didn't seem to be convinced by my words, but maybe I planted a seed in their minds.

Hip-hop is the grandson or even the great-grandson of the blues.

You just have to listen to Muddy Waters, Howlin 'Wolf or Johnny Shines to understand that they were telling their stories as rappers like J. Coles or Kendrick Lamar do today. ”

Kingfish is an artist of the 2020s, he vibrates on the music that accompanied his journey and does not fail to proclaim it. He quickly understood that the soundtrack of his generation is a warning message that American society will have to hear in order to achieve national harmony. It was after a school trip to the White House that Christone Ingram realized the role that every citizen can play in changing the course of their life. "

This was in 2014. I was still in college. In fact, it was thanks to the Delta Blues Museum in Clarksdale that I was able to get to the White House. It was an incredible experience. I was able to meet Michelle Obama and it will remain etched in my memory. Let's say it opened my mind and taught me humility. Being a young black man from Mississippi and ending up in Washington is exceptional, especially since at the time, Michael Brown and Trayvon Martin had just been murdered. This conjunction of events suddenly made me want to write lyrics about it. What we are experiencing today is the blues of the 21st century. We absolutely have to compose songs that are in tune with our reality. Obviously,I would prefer to imagine positive and happy works, but the situation will not change if we do not comment in our songs on the exactions of today. The art world must mobilize to enlighten the conscience. Therefore, I write more today. Since the dark hours of racial segregation, the situation has nevertheless progressed. I'm not saying police brutality doesn't exist anymore, I'm just saying it's part of our current blues. However, this form of expression should not be reduced to a totally negative tone. The blues can be happy, it can be dissenting, it can be a positive counter-power. It is our duty to constantly remind ourselves of this. All young black Americans, whether they are bluesmen or not, must protest! "

Has the "future of the blues" found its spokesperson?

The maturity of his speech suggests it.

Let us wait to see him progress before going into ecstasies but humbly recognize being challenged by the words and the notes of this young man animated by a very luminous vital flame.

⇒ The site of

Bobby Rush, the living memory of the southern blues