The weather forecast for Glasgow in the coming days is rather bleak, with daily rain and no sun flare. One week to COP26, the elements of the weather ... 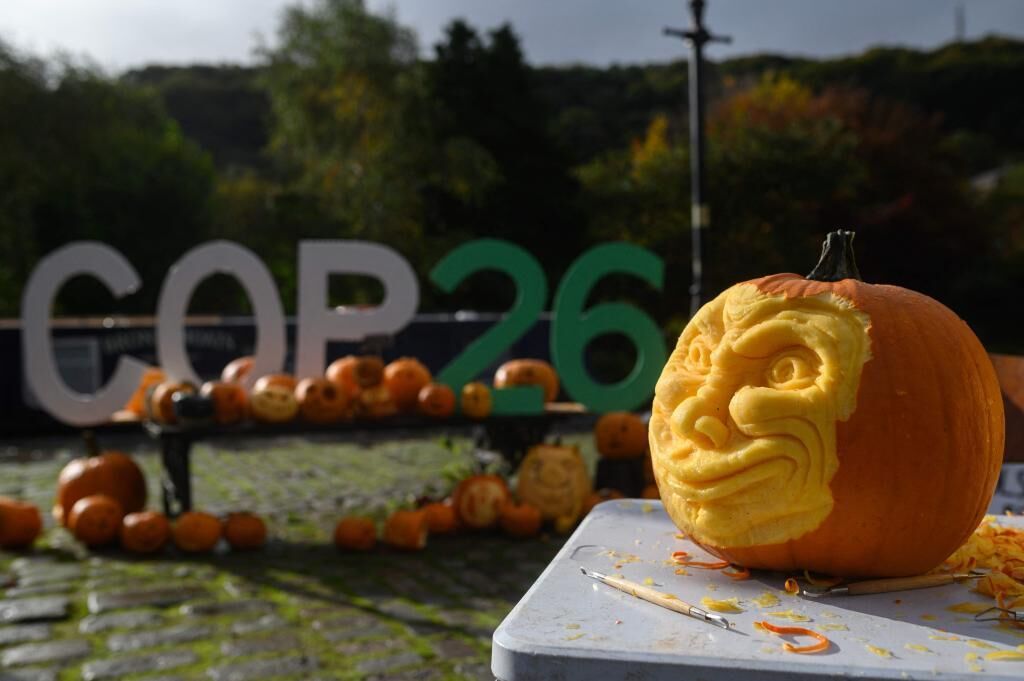 The weather forecast for Glasgow in the coming days

is rather bleak, with daily rain and no sun flare

. One week before COP26, the elements of the weather seem to have colluded against the more than 30,000 delegates who will attend the summit, tarnished in advance by the foreseeable absence of Chinese President Xi Jinping, Vladimir Putin's "nyet" and the Hamletian doubt of dozens of world leaders despite all that is at stake (an increase in temperatures of no more than 1.5 degrees).

lack of diplomatic disposition of the Johnson Government

and to the improvisation criticisms in the organization of the summit, the stormy voices within the Conservative Party itself are now joined by the "green conversion" of its leader, in the wake of the recent presentation of its "zero emissions" plan.

, street protests, complaints from sponsors and the disruption that Covid continues to cause also hangs over the baptism of fire of "global Britain". As an editorial in

possibility of a Glasgow fiasco

would not only be "bad news for the planet's fragile ecology, but would send a disturbing geopolitical signal" amid the current historical crossroads.

Russian President Vladimir Putin, who even gave a speech at COP21 in Paris,

. Everything seems to indicate that Xi Jinping has also informed the British Government that he will not come,

although it has not yet been made official

The absence of President Jinping,

representing the country responsible for 27% of the world's CO2 emissions

, would create a great sense of emptiness at COP26 and would seriously cast doubt on the credibility of the summit. However, analysts warn that China could join a hypothetical "Glasgow pact" a posteriori and continue to advance towards the goal of "zero emissions" before 2060, despite the contradictory signals of recent weeks (such as its intention

in the candidacy for the most denialist leader on the planet

Pope Francis, who broke the mold with his encyclical on the environment, went so far as to indicate his intention to be in Glasgow, but will not attend at the end. The suspension of his trip to Northern Ireland and his brief stay in the hospital

, who a few days ago could not hide her "irritation" at the lack of action before COP26: "We do not know who is going to be there and who is not going to be."

"Don't come to Glasgow to be in the picture," COP26 President Alok Sharma warned world leaders in his latest call to action. Officially,

In order to cover the "hole" left by Xi, popular faces such as former President Obama will probably be used.

Joe Biden, by the way, has confirmed that he will be "ringing the bells"

, and with a delegation of about 800 officials, led by his special climate envoy John Kerry.

If the unions do not back down,

Glasgow may run out of trains between 1 and 12 November. And without garbage collection

. And without cleaning the streets. And without "catering" deliverymen ... The city that claims to have been the cradle of the labor movement and the right to strike in the United Kingdom, threatens to unearth its combative and historical past for the occasion.

"They have left us no choice but to go on strike during the summit," said Mick Lynch, general secretary of the RMT transportation union, which has announced stoppages on ScotRail commuter trains. Unions Adlef, TSSA and Unite have joined the

,a strong investment in the modernization of services and compliance with environmental objectives.

, have also called for a week-long strike through the GBM union. Multiple strikes can tarnish the image not only of Glasgow, but also of Scotland, in a very direct challenge to the chief minister and independence leader Nicola Sturgeon.

about avoiding an environmental catastrophe,

" warns Labor Party Transportation spokesman Neil Bibby. "And yet the city can run out of trains and the streets full of garbage.The Scottish National Party must intervene and guarantee a minimum of dignity to the workers who were in the front line of action during the Covid and have treated very badly. "

Lack of action in the negotiations can be offset

by overflowing activism on the streets of Glasgow

Greta Thunberg has confirmed that she will be there, heating up the atmosphere for the "day of action" on November 6, when it is estimated that more than 100,000 protesters will take to the streets of the city.

main concern of the police is

, known for their direct actions, traffic cuts and mass arrests.

with rigorously applying the new and restrictive police law

About 10,000 officers will ensure safety on the streets. The Scottish police have launched the so-called "Operation Urram" ("respect", in Gaelic) and have promised to act in a "friendly and proportionate manner, but with

The activists, however, fear that the police coming from other parts of the United Kingdom will

, in the words of Quan Nguyen, coordinator of the COP26 Coalition.

The recent assassination of Conservative MP David Amess has forced a review of security and terrorism prevention measures.

and led to the almost total ban on street demonstrations.

have shouted in the sky for "mismanagement"

, the "inexperience" of officials and even the rental prices of spaces within COP26, up to 30% more expensive than at COP25 in Madrid. Captained by the Sky channel, the sponsors

sent a first letter in May to the presidency

(and a second more recently) criticizing the organizational failures.

"They have had an extra year to organize it for the Covid, but it does not seem that they have taken advantage of the time and

everything seems to be done at the last minute,

" sources from the sponsors themselves reported to The Guardian, which brought the controversy to its cover.

, as opposed to the "blue zone" managed by the UN (and will occasionally have room for rival companies).

The "biggest frustration" reported by the sponsors

, as well as "the feeling of inertia" in the organization and "the lack of experience in managing relationships with the private sector. ", in the hands of" very inexperienced and very young staff. "

COP26 organizers promise sponsors "great opportunities" and "unique benefits" for their support of the event, although environmental groups have criticized

by large companies to wash their image

In Glasgow, the oil companies have however encountered a resounding "no" in their claims to appear on the official platform.

EmpresasEEUU will reopen its borders on November 8 for vaccinated

The incidence in Spain remains 25 cases of the new normal with 1,801 infections in the last 24 hours