Zunyi, Guizhou: The transmission chain of cases is clear and the epidemic is generally controllable

(Fighting New Coronary Pneumonia) Zunyi, Guizhou: Case transmission chain is clear and the epidemic is generally controllable   China News Service, Zunyi, Guizhou, October 23 (Qu Honglun and Yuan Chao) "From the current round of Zunyi, the transmission chain of the cases found so far is clear, and the intergenerational relationship is clear. All second-generation cases are tested during the centr 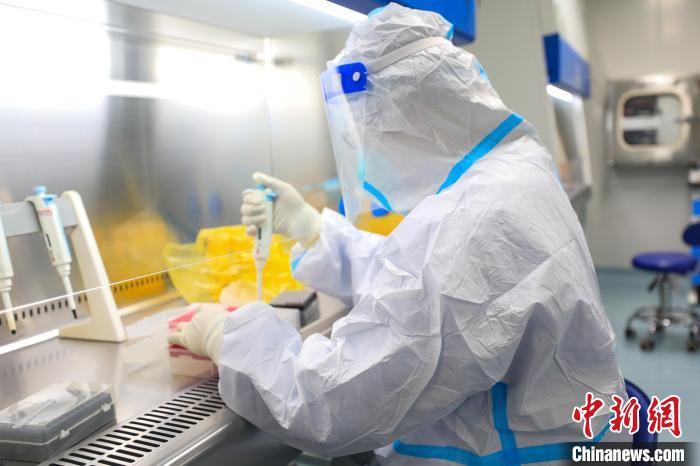 China News Service, Zunyi, Guizhou, October 23 (Qu Honglun and Yuan Chao) "From the current round of Zunyi, the transmission chain of the cases found so far is clear, and the intergenerational relationship is clear. All second-generation cases are tested during the centralized isolation period by close contacts. It is found that the epidemic is generally controllable, but there is still a risk of transmission in a certain range.” Li Xie, deputy mayor of the Zunyi Municipal People’s Government, said at a press conference on the prevention and control of the new crown pneumonia epidemic in Zunyi on the 23rd.

According to reports, as of now, Zunyi City has investigated a total of 225 close contacts of confirmed cases, and 187 people have been under control. All of them have been sampled and tested. The results were 181 negative and 6 positive (including 1 confirmed case and 5 asymptomatic infections). ); There are 1568 people in close contact. The city has controlled 1,337 people, and Zunyi has controlled 231 people outside the city.

Sampling and testing of 1182 persons, 155 persons to be collected, 1182 persons with negative results have been reported, and the remaining results are pending.

Data map: The inspectors of the Huichuan District Center for Disease Control and Prevention are testing nucleic acids.

As of 8 o'clock on October 23, 783,141 nucleic acid samples were expanded in key areas of Zunyi City, and 501,692 were tested with negative results. The remaining samples are being tested.

Zunyi officials previously issued a notice stating that in order to ensure the safety and health of the people in Zunyi, according to the needs of scientific prevention and control of the epidemic, Zunyi will be in the central city (Honghuagang District, Huihui District) three times from October 23 to October 27, 2021. Sichuan District, Banzhou District, Xinpu New District) organize nucleic acid testing for all employees.

Li Xie said that there are two main considerations for launching the nucleic acid test for all employees in the downtown area of ​​Zunyi. Check.

Second, in the nucleic acid detection process, there is a risk that a very small number of people will not be detected, which is likely to cause a small probability of missed detection.

When the above two factors are superimposed on the 2.3 million population base in Zunyi's central city, it will be difficult to screen all infected people.

At present, Guizhou Province has deployed a unified testing force, and selected elite troops to fully support the central city of Zunyi, including 1,700 people from the provincial level and 3,196 people from the cities and counties.