For the occasion, the number 972 had been drawn in gold digits on the device! 972, as the dialing code for Israel. A symbol for this aircraft of the national airline of Bahrain, which ... 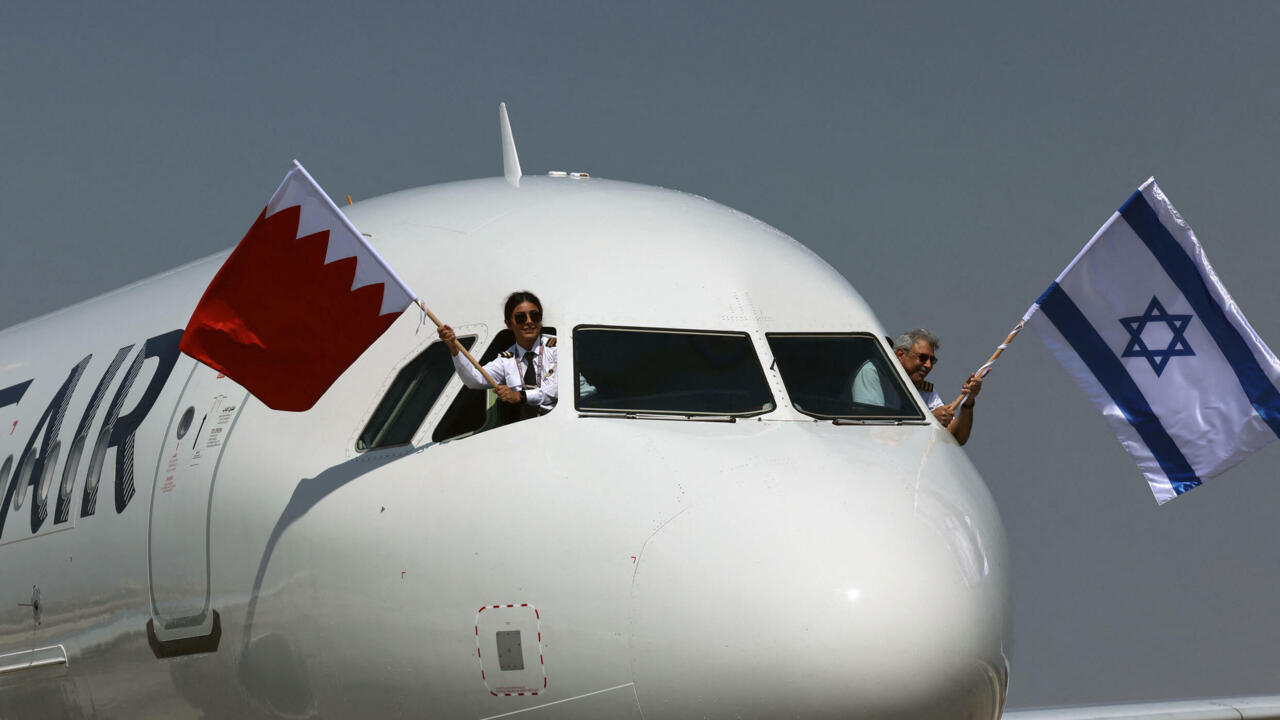 A Gulf Air A320 from Manama, the capital of Bahrain, on the tarmac at Ben-Gurion airport near Tel Aviv, September 30, 2021. © AFP - EMMANUEL DUNAND

For the occasion, the number 972 had been drawn in gold digits on the device!

A symbol for this plane of the national airline of Bahrain, which landed on September 30, 2021 in Manama, the capital of the country.

This flight from Tel Aviv marked the resumption of ties between the Hebrew state and several Arab countries in the region.

Seeing two pilots burst into laughter as they each take out a flag from their aircraft at the end of the first direct flight ($ 550 round trip) between Tel Aviv and Manama in Bahrain will go down in history!

The Abrahamic Accord of 2020

Decided as part of last year's Abrahamic Accords, this first Tel Aviv - Manama flight arrives after other new connections between the Hebrew state and its neighbors in the Near East (United Arab Emirates, Egypt, Morocco , Sudan ...)

I was the first to not believe much in these Abrahamic agreements signed in 2020. But I must say that if I remain skeptical about the political aspect with the creation of the two States, Palestinian and Israeli, the economic aspect is very exciting. And rather fast since on October 3, 2021, a few days after the Tel Aviv

Manama plane, a plane from Egyptair, the Egyptian national company, had also landed on the tarmac of Tel Aviv in Israel. This is a first since the 1979 peace accords

In July 2021, an Israeli plane landed on Moroccan soil.

Links leading to economic partnerships with each of the countries concerned.

Among the priorities, water, energy, security.

The development of surveillance drones has already started with the Emirates.

Transport of peace for the region

President of the International Peace Forum, he knows that a new air link goes hand in hand with the development of other means of transport, roads and trains.

, with this first air link, have everything to gain.

In particular with the American administration.

But also in the eyes of the world, with more transparent economic exchanges.

As I said, exchanges between certain Arab countries and Israel have never ceased, they were just carried out with the utmost discretion.

These new air links will also open the routes to Israel for flights to Europe and Southeast Asia, really shortened.

All of those fewer miles mean far cheaper flights with promising commercial links.

Now, Israelis no longer need visas to travel to the United Arab Emirates.

This standardization of procedures is also a way out of the crisis in the aviation sector.

Willie Walsh, the director of the International Aviation Association knows this, since in Boston at the beginning of October 2021, he opened the general assembly by recalling the damage of the pandemic on business travel and tourism.

For the recovery yes, but a total market, restored, not before 2023.