In Oslo, a new museum dedicated to the Norwegian painter Edvard Munch

A museum dedicated to Edvard Munch, the greatest Norwegian painter, opened this weekend in Oslo. This new place, with its controversial architecture, will allow the exhibition of the imposing collection that the arti… 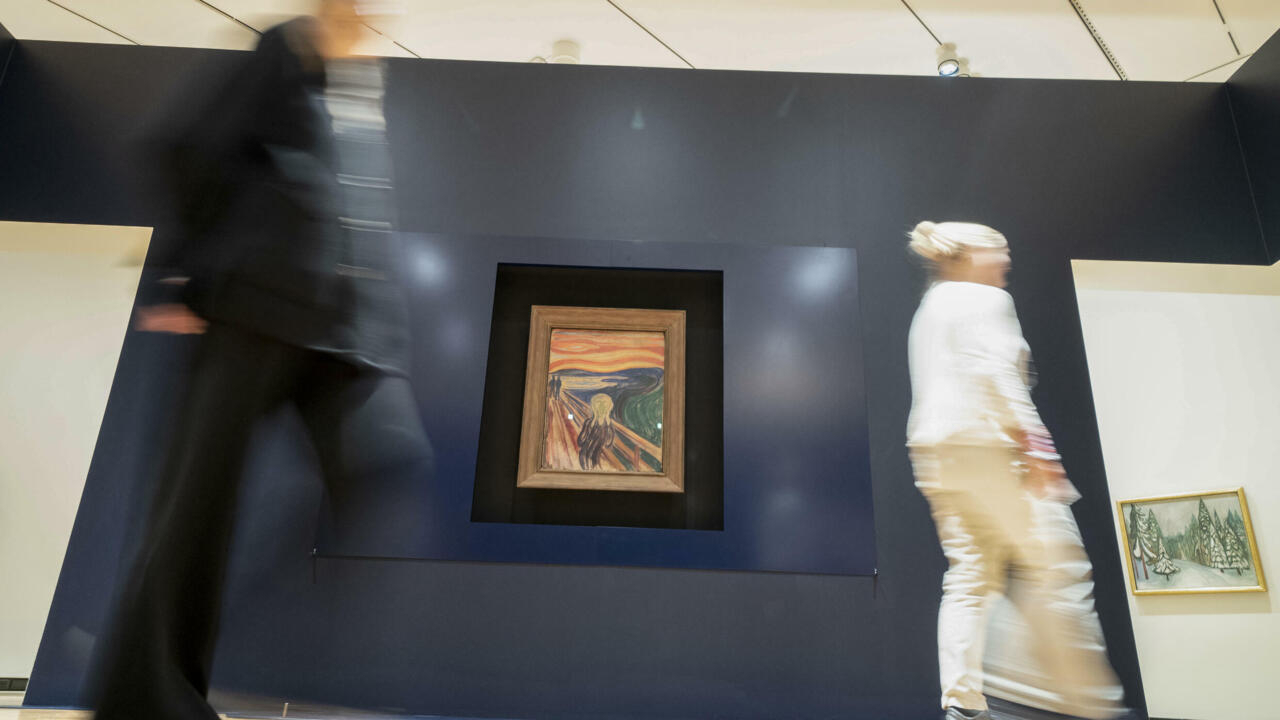 In Oslo, a new museum dedicated to the Norwegian painter Edvard Munch

“The Scream”, the most famous work of Edvard Munch, at the museum dedicated to the artist in Oslo, October 19, 2021. Terje Pedersen Ntb / AFP

A museum dedicated to Edvard Munch, the greatest Norwegian painter, opened this weekend in Oslo.

This new place, with its controversial architecture, will allow the exhibition of the imposing collection that the artist bequeathed to his city four years before his death in 1944.

With our special correspondent in Oslo,

The architecture of the Munch Museum, an imposing gray blockhouse that stands at the end of the Oslo fjord, is not unanimous.

But everyone agrees that it was necessary.

Until then, the works of the greatest Norwegian painter had been poorly displayed.

, his best-known painting of a terrified face, have even been stolen.

However, this face reproduced by Andy Warhol, recovered by the cinema, entered popular culture.

Director Stein Olav Henrichsen explains why this new museum had to replace the old one: “

It was not secure enough and the condition of the reserves was not at the level of such a collection.

We have also become aware of the importance of Munch at the global level, he

In the international press, there are four times more articles about Munch than about Norway.

This place is not just for the people of Oslo, but for the whole world.

From his adolescence to his death at the age of 80, Munch was the author of 40,000 paintings, drawings or photographs, two-thirds having been discovered in his home.

, painted or drawn on paper, will be exhibited, as well as monumental canvases eleven meters long.

Proof of the interest around this museum, one of the largest in the world dedicated to a single artist: the tickets to discover it for free during this weekend sold out in a few minutes.