Moderna founder explains why he received the Pfizer coronavirus vaccine 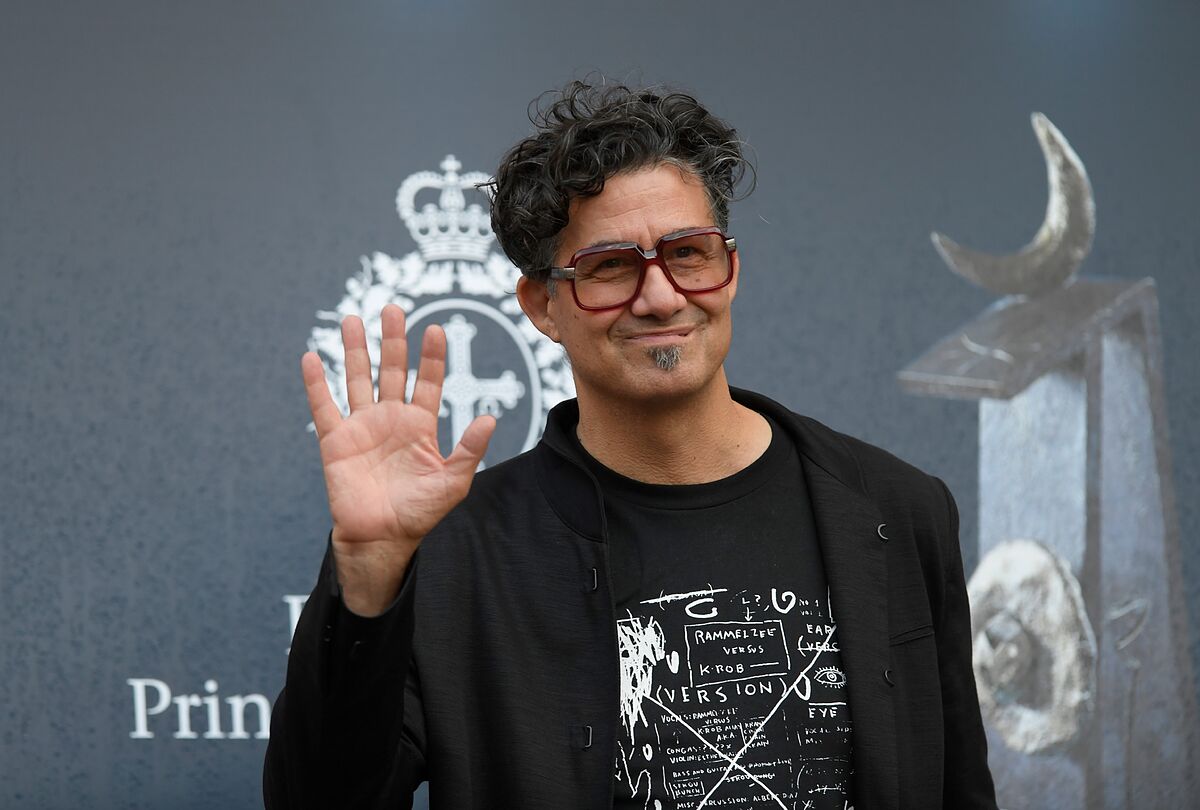 is also concerned with the

From Oviedo, the city where he will collect the Princess of Asturias Award for Scientific and Technical Research on Friday, along with six other researchers, the founder of Moderna explained that it is an

that in the case of vaccines has allowed scientists to work with "lightning speed."

One vaccine in 42 days, "incredible"

speed is one of the core values ​​of mRNA technology

that enabled Moderna to make a vaccine available to hospitals for testing in just 42 days.

"It was incredible, there is no precedent in the history of Humanity

, about obtaining a drug in such a fast way and that has been revealed as enormously effective," said Rossi.

And this mRNA technology can be used to express the antigen of any pathogen, so Rossi was emphatic in pointing out that

"the future of vaccines is going to happen here"

, even for the fight against pathogens that have resisted for years to science, among which he gave the example of malaria.

"The entire vaccine industry and the entire pharmaceutical industry are going to benefit from this technology because it is very effective," he

Rossi held different positions at Harvard Medical School and at the Stem Cell Institute of the same university until 2018. He has also been a researcher at the Institute of Immune Diseases (IDI) and the Cellular and Molecular Medicine Program at Children's Hospital Boston .

In 2010 he founded the biotechnology company Moderna, to exploit his discovery about the ability to transform and reprogram pluripotent stem cells

thanks to technologies based on mRNA.

He has received, among other awards, the Pathways to Independence (PI) from the NIH, and the Robertson Investigator from the New York Stem Cell Foundation.

Why did you get the vaccine from Pfizer

Canadian by birth and resident in the United States, Rossi took advantage of his intervention in Oviedo before the media to reveal that although it may be surprising or paradoxical, he

received the Pfizer vaccine against covid-19, even despite having been the founder of Moderna

. The explanation is that when they called him from the vaccination program at Boston Children's Hospital where he works to offer the vaccine,

. "Surely the following week they would have the Moderna one but I wore the one they offered me," he smiled.

And he took the opportunity to point out that

there is no reason to have doubts about the efficacy or safety of a drug once it is approved by the relevant bodies.

And he was laughing, convinced that "there will be an opportunity to receive a Moderna vaccine."

With regard to the price of vaccines and the difficulties of the many poor countries to access them, Derrick Rossi wanted to separate the two issues.

"Vaccines are cheap, they are the cheapest drugs

some nations do not have the capacity to buy 30 or 40 million vaccines to its population ".

, from his point of view, is for

rich countries to buy the vaccines and donate them to countries with more difficulties, "which is already being done."

And he added that "if in one week we had the capacity to produce 10 billion vaccines, we would have solved the problem in seven days, but we do not have that capacity and the problem is in the bottleneck that is formed for manufacturing and distribution."

No evidence on when to put the third dose

Regarding the need to apply a third dose, Rossi took it for granted that as time passes since the injection of the vaccine, there comes a time when the protection drops. However, he explained that

to a point where protection stops the risk of suffering a serious disease is already insufficient.

forcing the unvaccinated population to receive the injection, he

revealed that he had an "ambivalent, mixed" opinion and, although he agreed that the ideal would be for the entire population to be vaccinated, he recognized the right of whoever decides to renounce the vaccine. However, he made it clear that

the option to refuse immunization "is very negative

and based on erroneous information. If everyone had the correct information, this situation would not occur.

Along these lines, he highlighted how what is most surprising about the pandemic is the

unity achieved by humanity and the scientific community

certain political class that has seen its enemy".

"Seeing anti-scientists turned into anti-vaccines is something that drives me crazy,

when science says that something works it is that it does, in the laboratories we do all the necessary tests before saying if something is real or not,

we are tremendously critical and When we get a result, other scientists come to say if this is the case or not, and only when all these controls are passed do we reach the goal. The Internet is not the domain of science, on the Internet there are very interesting things but also a lot of misinformation and Dangerous. That we have the ability to emerge from an unprecedented global crisis and that some continue to poison them with misinformation is surprising. "