International press review - In the spotlight: the Covid-19, again and again

In the spotlight: the Covid-19, again and again Audio 04:55 Russia recorded a record 1,036 Covid-19-related deaths in a single day, but authorities fear the worst is yet to come. © Kirill KUDRYAVTSEV / AFP By: Sébastien Duhamel Follow 5 mins Advertising Covid-19 remains the common denominator of kiosks and the internet around the world. We don't talk about it every day in our review, of cour 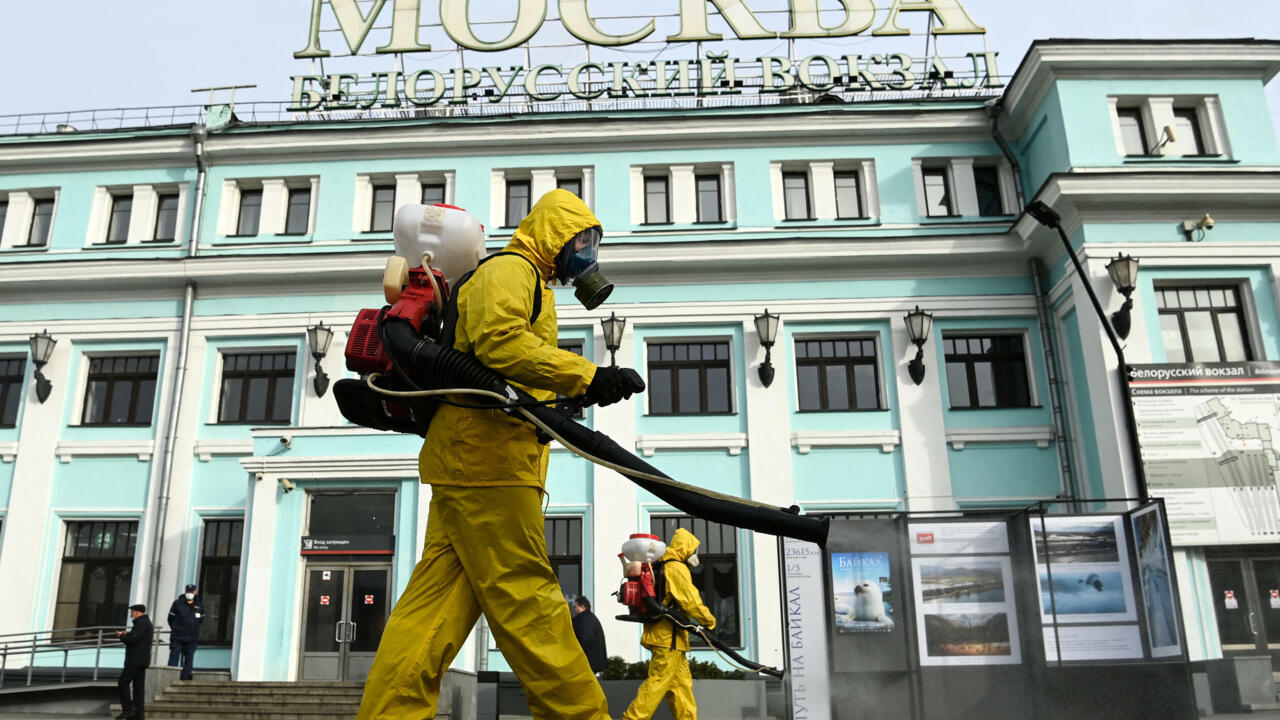 In the spotlight: the Covid-19, again and again

Russia recorded a record 1,036 Covid-19-related deaths in a single day, but authorities fear the worst is yet to come.

Covid-19 remains the common denominator of kiosks and the internet around the world.

We don't talk about it every day in our review, of course, but the newspapers do.

And the wheel is turning, to say the least with this pandemic, there are ups and downs.

Starting with this sad record in Ukraine, where Covid "

To understand how the coronavirus remains present in Ukrainian news, it is enough simply to see this counter still on the front page of the website.

In red letters and numbers, it indicates day after day the number of cases and deaths recorded.

Concern shared in many countries

for its part evokes "

than at the height of the second wave

" in the country last April, warns the

. The capital is also preparing to be placed in a "

". Hear: maximum alert level and strongest restrictions, to which five other regions of the country are already subject.

observed meanwhile the Russian situation, with what the Ukrainian newspaper called the "

a first since the beginning of June

fourth wave that vaccination must tame

does not test more today than during the third wave

it is indeed the transmission of the virus which has resumed service,

Concern also across the Atlantic on the front page of

the fears of a deadly winter

Across the United States, doctors see no end to the increase in the number of young and very sick patients,

Vaccination also in the news

Still in the United States, the

tells us that the CDC (Center for the Prevention and Control of Diseases) approved this Thursday, October 21, the booster injections with the Moderna and Johnson & Johnson vaccines, a month after the have done for the Pfizer vaccine. "

A resounding victory for the Biden administration

," which has promised booster shots for all adults, said the

. In Britain, the third dose precisely interests the newspapers, because the recall "

" for millions of people, reports

. To avoid imposing new restrictions, the government is studying the possibility of a recall five months after the first injection, instead of six. While a recall with the Pfizer product “

A vaccination campaign that leaps and is now the pride of India.

historic step in the war against Covid

India is now a billionaire in vaccines

The Times of India

wrote a page of history this Thursday by crossing

the milestone of one billion doses of vaccine against Covid-19 administered, and this, only nine months after the launch of the vaccination program

A much watched European summit

History and the European press are watching them too: the European heads of state and government met on Thursday at a summit. Object of all attention of course: the quarrel with Poland, accused of violating the rule of law and calling into question the unity of Union law. However, in this case, "

Brussels is lowering the tension to avoid the shock

Avoid the circus, public fights, do not fall into a toxic spiral ...

This slogan, launched over and over again in recent weeks from the office of the President of the European Council, was very clear

, tells us the newspaper,

the leaders Continental followed it almost to the letter.

And among them, Angela Merkel of course.

It was probably his last summit, recalls the

A position dear to Germany, as we know, and a typical position of "

, that which Angela Merkel has maintained for 16 years within the Union.

So much so that the newspaper wonders who “

will be the chief mediator when she leaves the political scene

A vestige of history discovered in Israel

To read in the

, the discovery of a ring, a seal of amethyst 2000 years old and which represents a rare biblical tree. “

A small lilac-colored stone, on which are carved a bird and a branch with five fruits. It had fallen into Jerusalem's main drainage channel during the Second Temple era.

Some 2,000 years later, therefore, it was found by volunteers during an archaeological excavation in the region. After examining it, experts discovered another surprise, the article explains: "

whose modern scientific name is

commiphora gileadensis ”, was used to produce perfumes, incense and medicines.