Fatal shot: Alec Baldwin killed the cameraman and wounded the director on the set of the film

Actor Alec Baldwin fired a shot on the set of the western "Rust" in New Mexico, which killed a female cameraman. The film's director, Joel Souz, is in critical condition at the hospital. The pistol was to be loaded with blank cartridges, charges have not yet been brought against Baldwin. It is known that the deceased female operator was born and raised in the Soviet Union. 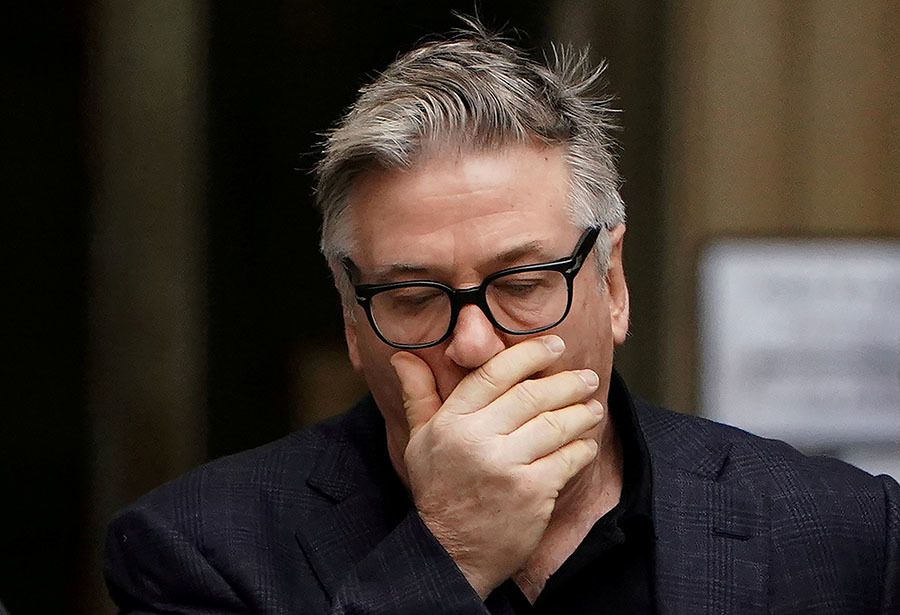 On Thursday, October 21, during the filming of the western "Rust" in the US state of New Mexico, 63-year-old actor Alec Baldwin fired a shot that killed the film operator.

The 48-year-old film director Joel Sousa (Police Sedan, Hannah's Gold) was also seriously injured as a result of the incident.

According to media reports, the blow fell on the collarbone; the director is currently in a hospital in critical condition.

The name of the deceased cameraman is Galina Hutchins.

According to information on her website, Hutchins was born in Ukraine and "grew up on a Soviet military base in the Arctic Circle, surrounded by reindeer and nuclear submarines."

She then earned her MA in International Journalism from Kiev National University in Ukraine and worked on British documentaries in Europe.

Galina Hutchins has worked as a cinematographer for over 20 films, including Michael Nell's thriller Blindfire and the horror film Darling by Pollyanna McIntosh.

After the shot, Hutchins was taken to the hospital by helicopter, where she died from her injuries.

Alec Baldwin has been interrogated and has not yet been charged.

According to journalists, the pistol from which the actor fired had to be loaded with blank cartridges.

According to media reports, it is currently not clear whether the person responsible for the props has mistakenly loaded the weapon with real cartridges, or something stuck in the barrel that hit the director and photographer.

Filming has been suspended for a day.

Meanwhile, words of support for the artist appear on Baldwin's social networks.

Fans write that they regret what happened and urge the actor to focus on the good and not blame himself.

However, some believe that the tragedy is not accidental.

He was always a violent, crazy maniac, so let's wait and see how accidentally that happened.

So, in 2011, the artist made a scandal during the departure of American Airlines from the Los Angeles airport: Baldwin responded with aggression to the flight attendant's request not to play on the phone during takeoff.

The actor was escorted out of the plane.

In November 2018, Alec Baldwin hit a man with whom he did not share a parking space.

For this, in January 2019, the court sentenced him to pay $ 120 and take a course in anger management.

Cases of serious injury and death on set are not uncommon.

In 1993, Brendon Lee, who played the rock musician Eric Draven, died from a gunshot wound during the filming of The Crow.

According to the script, he was supposed to be shot with a blank cartridge, however, due to a malfunction of the weapon, the metal plug of the pistol hit the actor.

Brandon Lee received a piercing wound in the abdomen, and could not be saved.

The police called the incident an accident.

While working on the serial film "The Hidden Fact", he raised the pistol to his head, knowing that it was loaded with blank cartridges.

Due to the close range, the bullet injured the skull and caused extensive bleeding.

In 1983, Vic Morrow and two children were killed in a helicopter explosion while filming The Twilight Zone.

The reason for this was the pyrotechnics activated ahead of time.

The aircraft fell on its side and inflicted fatal injuries on the actors on the ground.

In October 2018, a stuntman, Oleg Shelkin, born in 1987, was killed in a hit by a tank on the set of the film "Podolsk Cadets" in the Kaluga Region.

According to the scenario, the tank was to be stopped three meters from the stuntman.

In 2016, a stage worker died while filming Blade Runner 2 in Budapest.

According to media reports, the deceased was under a platform with decorations installed on it when it collapsed.

Actor Jackie Chan claims that during the filming he was between life and death about 200 times.

But due to an accident during the preparation of "Armor of God" in 1986, Chan still walks with a metal plate in his head: a branch broke off under the actor, and he unsuccessfully fell to the ground.