Release of the new album "Asterix and the Griffon"

In the world of publishing in France, there are years with and years without Asterix. 2021 is a prosperous year since the new Asterix album, the fifth of the Didier Conrad tandem in drawing and… 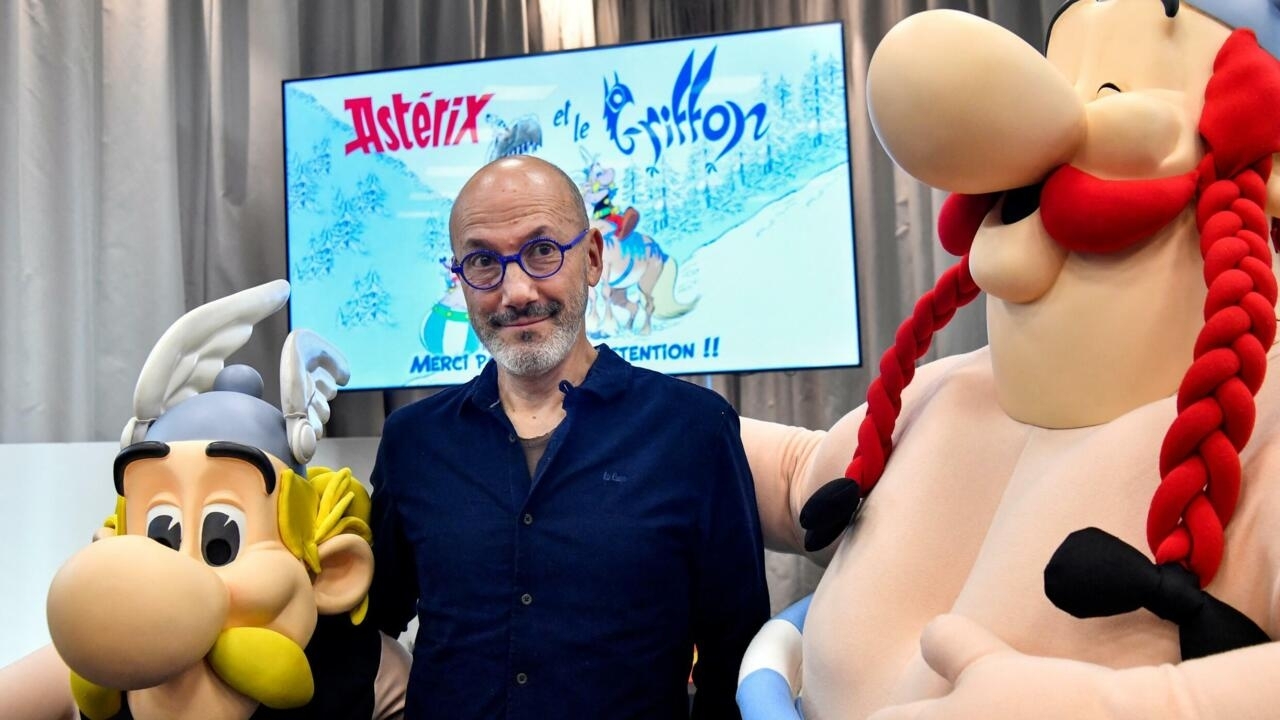 Release of the new album "Asterix and the Griffon"

The writer Jean-Yves Ferri during the presentation of the new album “Astérix et le griffon” at the Hachette Livre editions.

It is the fifth album of the tandem Didier Conrad in the drawing and Jean-Yves Ferri in the scenario.

In the world of publishing in France, there are years with and years without Asterix.

2021 is a prosperous year since the new album of Asterix, the fifth of the tandem Didier Conrad in the drawing and Jean-Yves Ferri in the screenplay, will be released this Thursday, October 21 in bookstores.

An album titled "Asterix and the Griffon" with a circulation of 5 million copies worldwide.

Asterix loses his bearings by going to the great East, to the Sarmatians, somewhere on the side of present-day Ukraine. The Gallic druid received a call from his fellow shaman and came to help him. The Romans indeed wish to capture the animal totem of this nomadic tribe, the griffin, a chimera half-eagle, half-lion. But between the tricks of the irreducible Gauls and the resistance of the Amazons, because among the Sarmatians it is the women who go into battle, the Roman soldiers will have a lot to do.

The Ferri-Conrad duo, chosen by the historical creator of the series, Albert Uderzo, reaches maturity with this fifth album.

Adventure, humor, mirror play with current events, from the role of women to respect for the environment, including conspiracy theories: Jean-Yves Ferri has found all the ingredients for the magic of scenario.

In drawing, Didier Conrad flourishes under duress: he has to deal with snowy landscapes and had to imagine the whole universe of this little-known Sarmatian tribe.

He even enjoys giving the Roman geographer Terrainconnus the features of the current novelist Michel Houellebecq.