China is ready to flex its muscles to the West

Sooner or later, China will annex Taiwan, is the conviction of political scientist Jonathan Holslag. And a response from the US will be difficult. "Chinese are blowing Western fleets with nuclear submarines upside down." 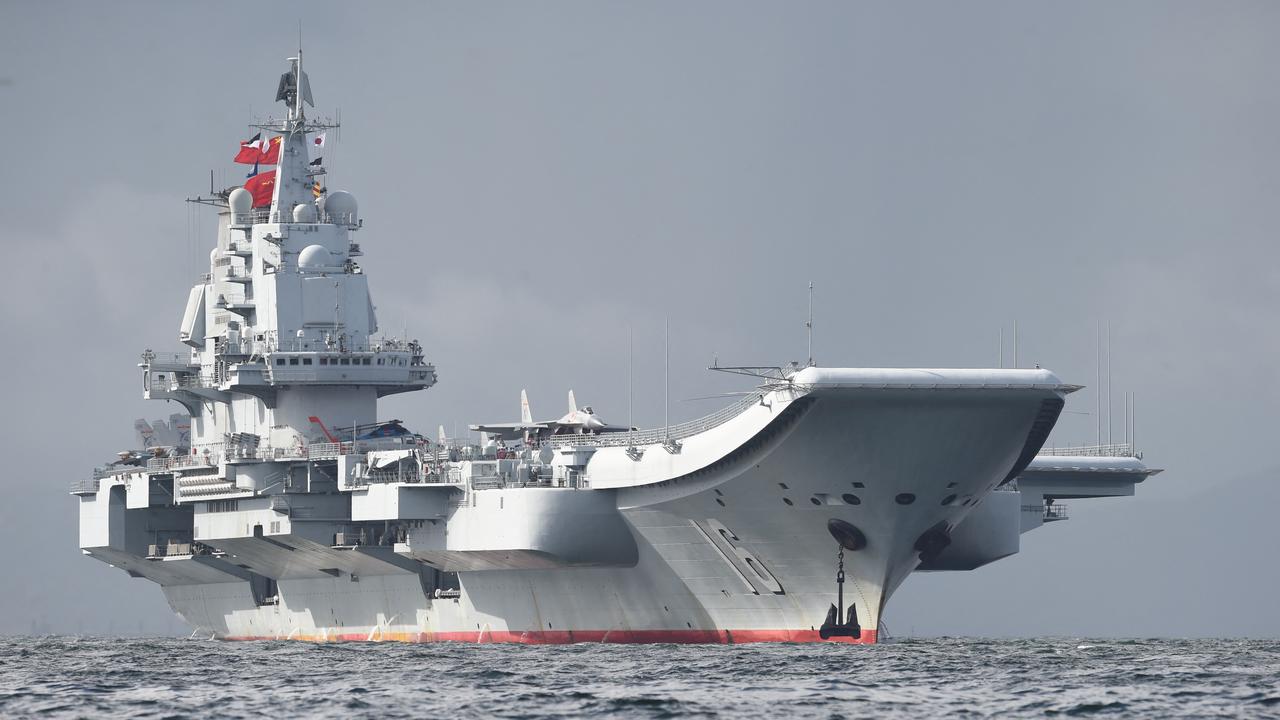 Sooner or later, China will annex Taiwan, is the conviction of political scientist Jonathan Holslag.

And a response from the US will be difficult.

"Chinese are blowing Western fleets with nuclear submarines upside down."

"In the end you care more about Los Angeles than about Taipei." This comment was made by a senior Chinese admiral when he warned the Americans not to intervene when Chinese missiles landed in the Taiwan Strait in 1996. With the missile shower, China punished Taiwan for wanting to strengthen ties with the United States. "In the 1950s," the admiral continued, "you threatened to use nuclear weapons three times (during the Korean War, ed). You could do that because we couldn't strike back anyway. But we can now."

In it he describes world politics since 1989 and tries to draw from this turbulent period the lessons that others have failed to learn.

Moreover, he dares to look ahead on that basis.

No one will be happy with the world view he paints.

"With half-hearted policies, the West has strengthened authoritarian regimes, led by China, and is paying a heavy price for this," concludes Holslag.

"And if Europe doesn't straighten up, it will soon no longer matter in world politics."

From Wall to Wall.

"China will use that power to enforce things. Don't have any illusions about that," says the professor of international politics at the Vrije Universiteit Brussel. That is why there is no wear whatsoever on the words of the high Chinese general from 1996.

These could also be pronounced now, 25 years later, with the rising tensions between China and Taiwan.

President Xi Jinping warns that "the renegade province" will be taken by force if it declares independence or takes steps in that direction.

Then it will be clear whether the United States, the mainstay of Taiwan, is prepared to take up the gauntlet and engage in a military confrontation with China.

Or, to use the terms of that senior Chinese admiral, are the Americans willing to sacrifice Los Angeles to keep Taiwan out of China's hands?

The Chinese fleet in action in the South China Sea.

The Chinese fleet in action in the South China Sea.

"The Chinese want to get hold of Taiwan and there is little chance that this will happen in a peaceful way. The more China insists on reunification, the more Taiwan braces itself," Holslag outlines. "The Chinese will incorporate it militarily when they are ready. It is not that far yet, but the military build-up is going very fast. China will not make the difference with aircraft carriers, for example. What they will mainly have a predominance with are missiles, cyber weapons and submarines that are relatively hard for the Americans to find.

The Chinese plan is to build mostly nuclear submarines over the next ten years so that they can have a permanent presence in the Pacific Ocean and push the Americans away from Taiwan there.

But first they want to continue to grow economically in order to build up great military power.

To further roll out his new Long Wall, the protective wall of two island chains in the South China Sea.

And then take Taiwan."

Will or can America still assist Taiwan?

"The Democrats and Republicans in Washington do not agree on anything except China. Both parties believe that the Chinese threat must be curbed. With nationalism growing on both sides, the clash of the superpowers will not end peacefully," he said. says Holslag.

"I am almost certain that it will happen one day. Then the Chinese will blow Western fleets with nuclear submarines and missiles upside down. The US has now decided to provide Australia (with the Aukus agreement) with nuclear submarines. China will launch an attack on Taiwan with a 'saturation campaign', a massive missile salvo on cities, to demoralize the adversary in order to force a swift surrender."

The West has to thank itself for the fact that China's power has become so great, according to Holslag. "We have become very short-sighted, greedy in our relationship with China. Human rights have become a matter for the NGOs. China is abusing its membership of the World Trade Organization of which it has been a member since 2001. They have their own rules. The Chinese market is not free."

China provides loans to countries in Africa and Asia outside of the World Bank and the International Monetary Fund. With their New Silk Road they are putting countries on a financial infusion, they are buying up major interests everywhere. Their own market is protected, in other markets they are allowed to hunt for bargains. "If a party cheats, then you have to protect your interests and we do that far too little. China is a new empire. We contributed too much to that. With all the danger that entails. Whose bread one eats, his word one speaks."

Europe should have no illusions when the bomb explodes in Asia.

According to Holslag, it is a party that does not matter.

"We cannot wage war like the Russians or the Chinese. Their war is rough, ruthless, if necessary with many casualties. Europe cannot and does not want that anymore. Our soldiers are often technocrats with a rifle. They are no longer real fighters , the

boots on the ground

. A war in the 21st century is not just a war with remote control. You can't do it with only cyber weapons, drones. Look at the Russians in Crimea, in Syria."

A little further on, Holslag lectures at the Royal Military Academy in the Trip van Zoudlandt barracks in Breda. Does he also hold up this mirror to the officers in training? "Yes. Our officers have become managers and some of them agree. They hate that their efforts are determined more by lawyers than by people who still know what it means to wage war."

Because the United States now has different priorities - they can only wage one major war and that is with China - Europe increasingly has to hold up its own pants for its safety.

"But Europe is comatose in this area, it pretends nothing is wrong. But it cannot rely on America for its defense. It is a stupid assumption that you can retreat to your fortress and there the ride is safe." can sit out."

Soldiers in the Chinese aircraft carrier.

Soldiers in the Chinese aircraft carrier.

Holslag points to Scipio's quote, quoted by Augustine, at the beginning of his book

From wall to wall

: 'No society can flourish when its walls are erect, but its morality is in tatters'. "You can make the walls around Europe as strong, if the society within it becomes weaker, sooner or later you will be overwhelmed. In world politics, the law of the strongest applies. Power is freedom. If you lose power, you lose the freedom. Then you have to adapt to others."

What will the world look like in 2030? "We are moving towards a very fragmented world order with a major US-China battle for world domination." And Europe? "Because of the rise of China, because of internal weakening, the uncertainty surrounding it, by leaving the security to others, the same fate awaits as the Roman Empire and old Chinese empires," Holslag explains.

Does the latter offer hope?

"Yes. I think that modern China will reach its peak within a few decades at which citizens demand more participation and the party has to let the reins loose. Then there is also the risk of decadence there. You can already see that at the top of the society. The big question, however, is: what will Europe do in the next twenty, thirty years? If the decline does not stop here and accelerates, then we will be on the lead of China."