You tell me the news ! - "Blacksad", Juanjo Guarnido illustrates the return of the detective cat

After eight years of absence, private detective John Blacksad is back! In "So everything falls", the sixth volume of the saga published by Dargaud, Juanjo Guardino (drawing) and Juan Diaz Canales (... 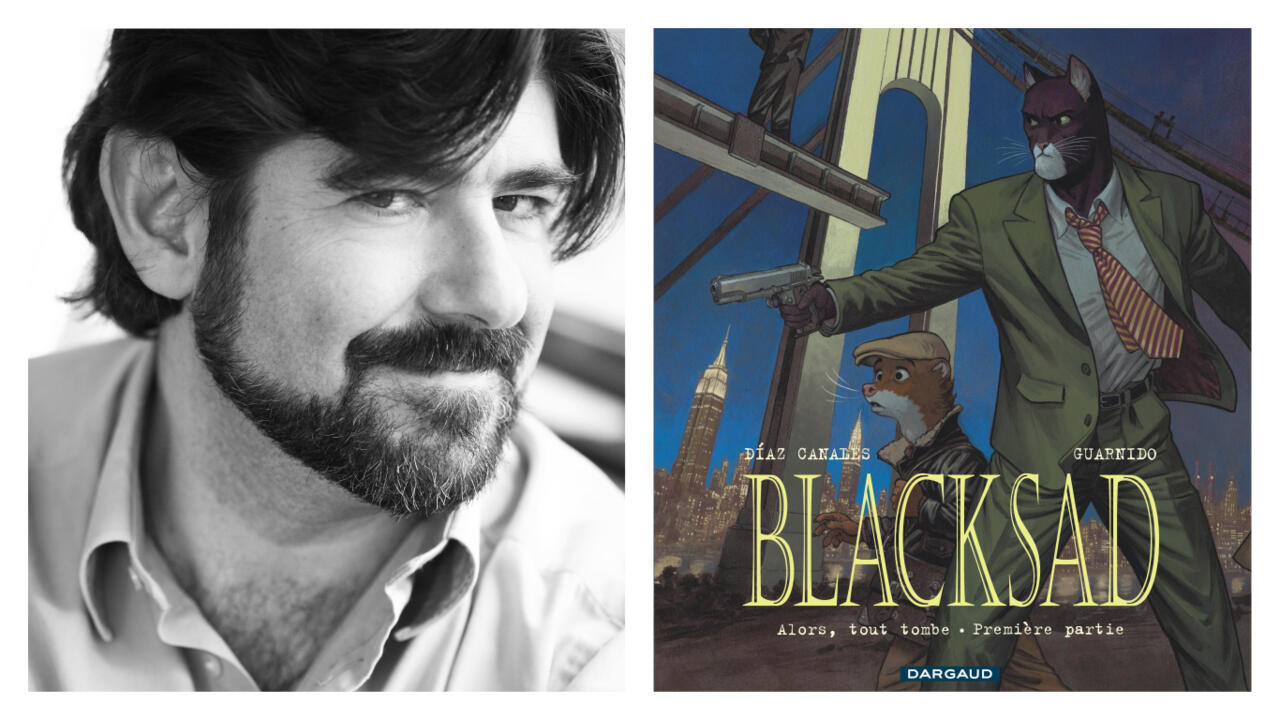 "Blacksad", Juanjo Guarnido illustrates the return of the detective cat

The first part of the new adventures of Blacksad was released on October 1 in bookstores.

After eight years of absence, private detective John Blacksad is back!

", the sixth volume of the saga published by Dargaud, Juanjo Guardino (drawing) and Juan Diaz Canales (writing) sign a thrilling police investigation and an acute social criticism while plunging us into the bubbling New York from the 1950s.

A black cat dressed in a suit, a gun in his hand, a marten with a cap and a camera, police dogs, an ambitious and calculating hawk, a contract killer bear ... You will have recognized, if you are a fan, the anthropomorphic universe of the comic strip by

and Juan Diaz Canales, published by

The two Spanish authors installed, more than twenty years ago, their anthropomorphic animals in the pulsating New York of the 1950s. It is their return to this city that never sleeps, the one where the notes of the saxophones mix with the scrolls. cigars in jazz clubs, where the nauseating smell of sewers is only surpassed by the financial and political shenanigans of the all-powerful ... including the disturbing Solomon, master builder of New York City planning, who dreams of imposing on the city its gigantic network of motorways.

is a diptych, the second part will appear in early 2023.

went to see at the Palais des Beaux-Arts in Lille

, a large immersive exhibition of a new genre that plunges visitors into the heart of the work and soul of the Spanish painter, while retracing the he story of two major works,

Goya Experience exhibition, at the Palais des Beaux-Arts in Lille.