After 16 years in power, German Chancellor Angela Merkel will retire. Now she has been depicted in the form of a gilded statue in the East German village of Etsdorf. 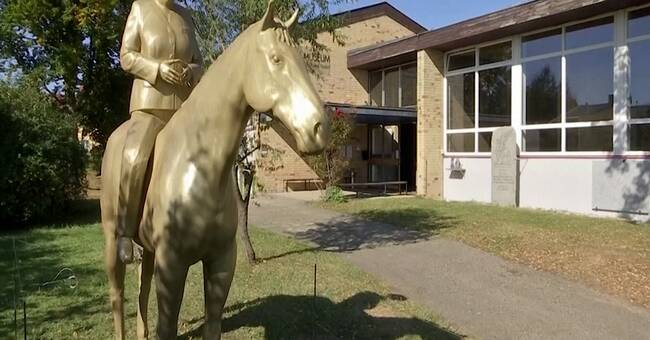 Outside the Temple Museum in Etsdorf, a gilded Angela Merkel is seen sitting on a horse.

In front of her, she holds her hands loosely clasped - something that has been described as her signature pose.

It is the artist Wilhelm Koch who 3D-printed the 2.7 meter high statue.

Wilhelm Koch, however, has not given any further explanation for his work of art, but tells the newspaper Politiken that it is an "ambivalent sculpture".