The Earthshot Awards sponsored by Prince William of the United Kingdom this Sunday recognized five innovative projects against climate change from different parts ... 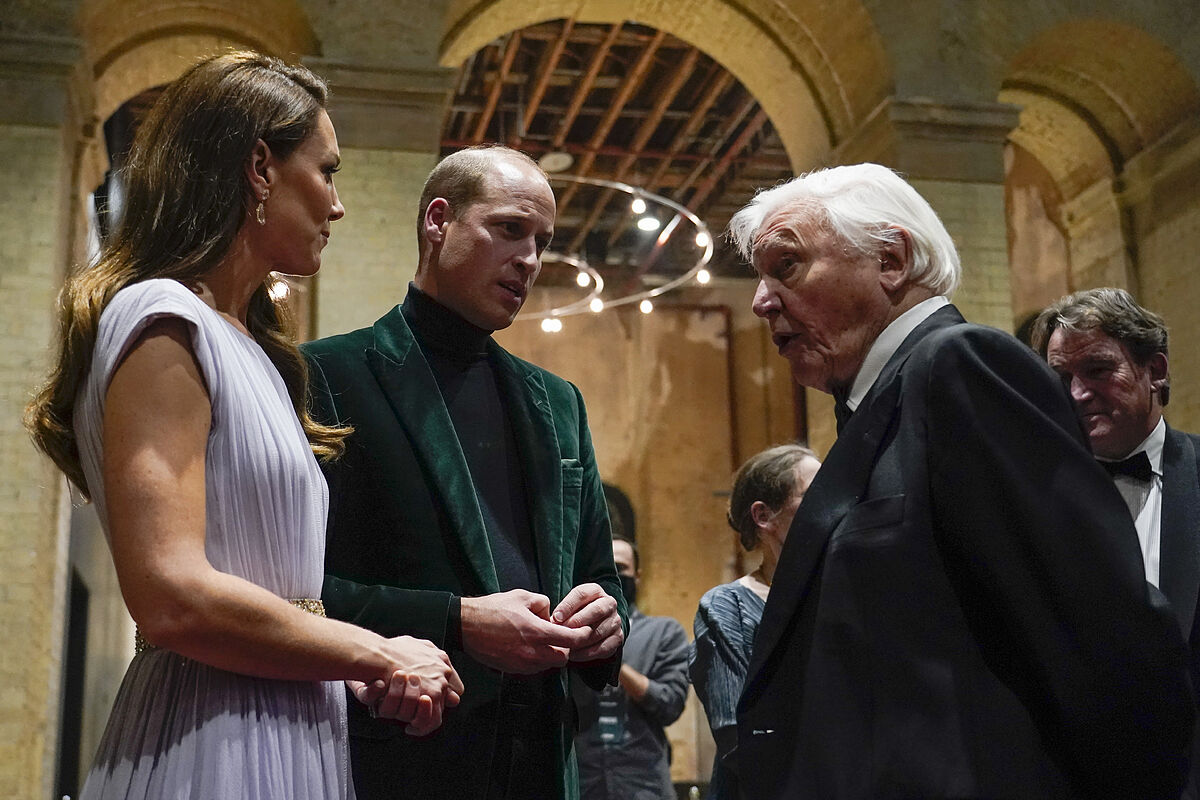 Prince William of the United Kingdom

this Sunday recognized five innovative projects against climate change from different parts of the world, including the reforestation efforts in Costa Rica.

The second in line to the British throne was present, along with his wife Catherine Middleton, at the debut gala of the awards, created by his Royal Foundation, which was held at Alexandra Palace in London with the presence of numerous personalities and live performances by musicians such as

Everything in the ceremony tried to be respectful with the environment:

no plastic was used, nobody traveled by plane

and Chris Martin's band - which had the participation of South Korean BTS - generated its electricity with the pedaling of sixty cyclists.

The awards, which aim to "inject optimism" into the debate on the fight against global warming by recognizing creative and extrapolable ideas, will be awarded until 2030 in ceremonies in different cities.

The next destination will be the

as revealed by the prince himself.

The five winners announced today, chosen from among fifteen finalists divided into five categories - from an initial list of more than 750 candidates nominated by some 200 specialized organizations - received

(1.18 million euros, 1.37 million dollars ) each and will have logistical support to carry out their initiatives.

won in the category of

for its Payment for Environmental Services program, through which the country provides economic recognition to landowners who decide to undertake environmental projects or protect the forest within their properties.

Costa Rica competed in this section, presented at the gala by the Duchess of Cambridge, with the Pole Pole Foundation of the Congo and the Swiss project Restor.

the award, introduced by Liverpool footballer Mo Salah, won the Coral Vita coral regeneration initiative from the Bahamas, which won over Pristine Seas, from the United States, and Australia's Living Seawalls.

the AEM Electrolyzer created by Vaitea Cowan triumphed, against the Nigerian clean electricity company Reeddi and Solbazaar, from Bangladesh.

beating the Chinese app Blue Map and 15-year-old Indian Vinisha Umashankar, who has invented a cart that offers ironing service around the world. streets operated by solar energy, instead of the usual coal.

The Italian city of Milan was awarded in the category

Creating a world without waste,

presented by actress Emma Thompson, for its system of management and redistribution of food surplus.

The other two nominees were Sanergy from Kenya and Wota Box from Japan.

In a pre-recorded video for the event, Guillermo warned that we live at a key moment in human history and what we decide "to do or not do in the next ten years will determine the fate of the planet for thousands."

"Many of the answers we already have ... but we need everyone, from all parts of society, to increase ambition and unite to repair" the Earth, said the prince.

In addition to the Duke, the jury that chose the five winners was the English naturalist

-who urged from the stage to "act" now to save the planet-, the Australian actress

or the Brazilian soccer player

Grayling: "UK is divided and unhappy after Brexit, the situation is dire"