Three years after the legalization of abortion in Ireland, the voluntary termination of pregnancy is still too inaccessible and too restricted, according to activists, who have just launched a campaign… 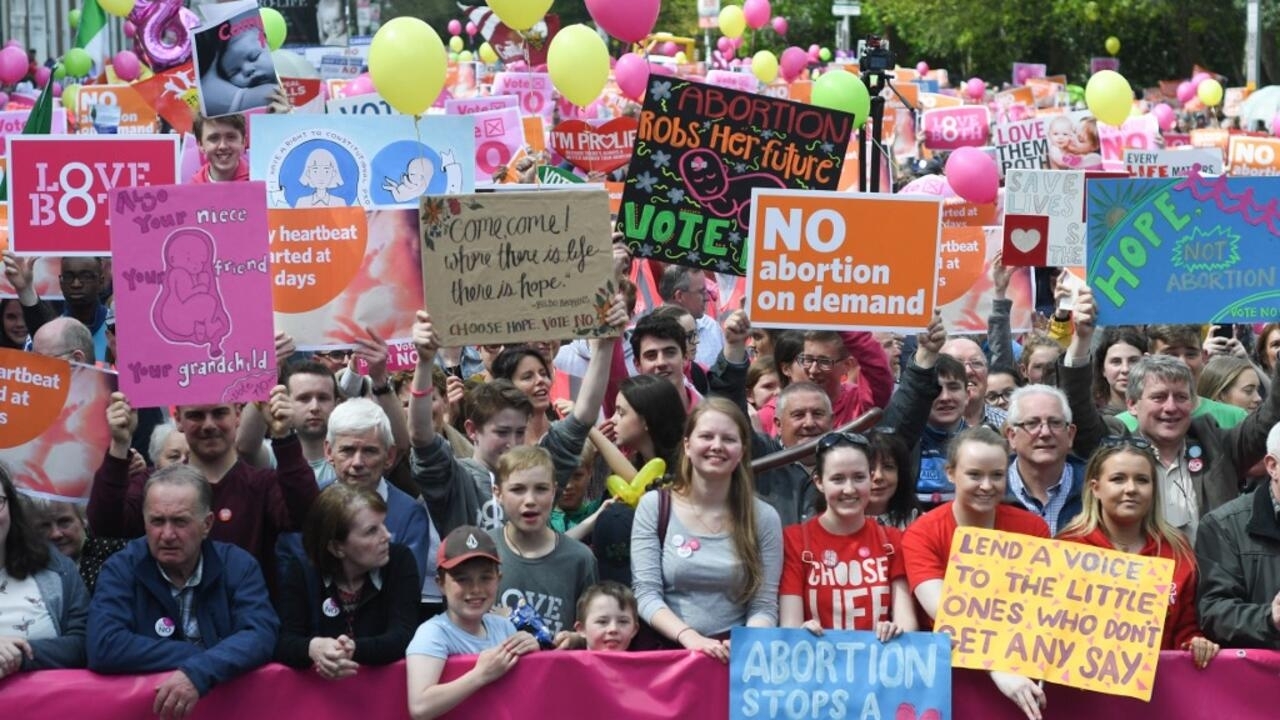 Ireland: despite its legalization, access to abortion remains difficult

On May 25, 2018, the Irish voted yes to change its constitution and legalize abortion.

More than three years later, many doctors refuse to offer abortion because they are afraid of the demonstrators.

Three years after the legalization of abortion in Ireland, the voluntary termination of pregnancy is still too inaccessible and too restricted, according to activists, who have just launched a campaign against “

Our correspondent in Dublin attended their March for the Right to Choose.

They are a hundred, gathered in front of the Parliament, to demand better access to the voluntary termination of pregnancy. Phoebe donned boxing gloves to symbolize her fight against abortion barriers: “

There is a three

. The twelve week limit is very strict. Too few doctors perform abortions and it is very difficult for people from the lower socio-economic classes to travel to find a place to go for an abortion. It's still very complicated, even though it's legal.

The young Dubliner, an activist since before decriminalization, has never needed to request an abortion. But she has “a

few friends who have aborted and, to be honest, they are still traumatized by the experience. If only having to try several doctor's offices to find someone. It can be really hard, especially if you don't want to talk to your parents about it and are on your own to deal with it.

She criticizes a legal abortion but still stigmatized and not accessible enough: “

Our abortion law is not made to help us

it is made to control us.

We can only exercise our rights after we have proven that we have waited long enough, suffered enough, that our situation is tragic enough to require an abortion.

The law is due to be revised this year

Remind your elected officials that we are still here and that we will not release the pressure before obtaining safe, free, legal and local abortions

In 2020, in the midst of a pandemic, 200 Irish women had to abort abroad, because of legal restrictions

We know that many doctors refuse to offer abortion, because they are afraid of the demonstrators . They can be very intimidating for patients, with their panels depicting false aborted fetuses, they carry small white coffins. People go to these centers for lots of other reasons as well, sometimes get bad news and don't necessarily want to see coffins on their way out.

Helen Stonehouse, Alliance Rights for Choice, also recalls the government's duty to inform: half of patients do not know where to request an abortion.

There is no information campaign for the phone number or the official website.

You might think that you just need to go to your GP, but since 90% of them do not have an abortion, it just isn't possible.

It all takes money and effort.

The law legalizing abortion provides for a review by the end of the year.

The government has not yet announced the opening of consultations.