The South African national airline is redeploying its wings. Its planes had been grounded for 18 months. Years of mismanagement have plagued South African Airways, too fragile ... 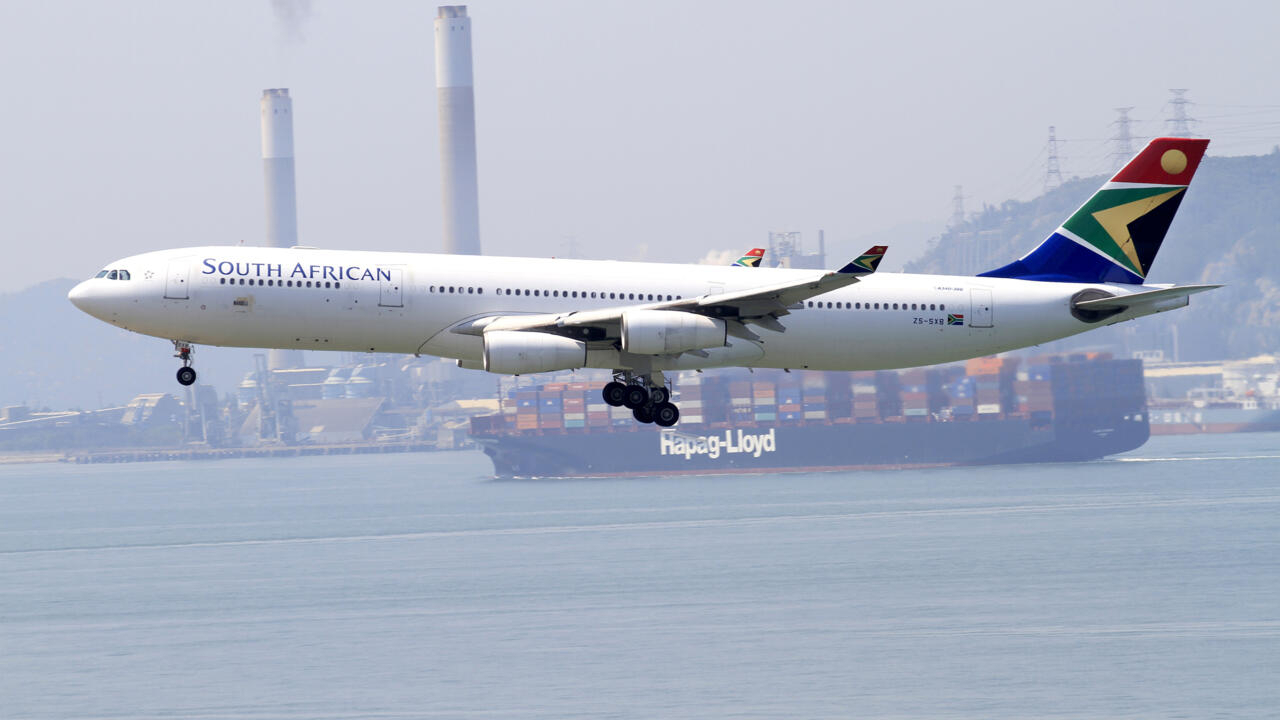 The South African company has resumed its flights since September 23, 2021, after more than a year of shutdown.

The South African national airline is redeploying its wings.

Its planes had been grounded for 18 months.

Years of mismanagement have plagued South African Airways, too fragile to face the aviation crisis linked to Covid-19.

Since then, the company with 5,000 employees has undergone an economic bailout and is about to be privatized.

What future for the one that was the second largest airline on the continent?

Customers are back at the South African Airways check-in counter.

The company relaunched on September 23 with a first flight from Johannesburg to Cape Town.

It is also the destination of these two passengers attached to the company.

Each country has its own carrier and I think South Africa should also have its national carrier,”

We must support the national company and I will make the effort to fly as a priority with South African Airways.

when you travel, it's often with South African Airways because the service has always been of good quality.

We are all happy to know that the company is back, it is a big provider of jobs in South Africa.

A resumption of regional destinations, the most profitable for the company grounded since March 2020

Today, only six planes are in service with 88 pilots against 268 previously.

The number of routes has logically been reduced: six destinations against 20 in the past.

Their biggest source of income comes from regional destinations in southern Africa.

So it's not surprising to see them restart with the routes that generate the most volume and money, i.e. Harare, Lusaka, Maputo, Accra and Kinshasa.

And I think that's a good strategy

they've chosen the market where they have the greatest potential for success.

An agreement is slow to emerge between Takatso, a consortium of local companies already established in the aviation market, and the South African state which would retain 49% of the shares. A balance that convinced Lerato Nkosi, lecturer in economics at the Unisa Graduate School of Business Leadership and specialist in public enterprises: “

What I like is the government's desire to look for a partner rather than insist on monopolizing control. And the partner will only have a narrow majority of 2%. It's good that the state remains involved in the business. It should not be forgotten that public enterprises are a national treasure for any country or economy.

The sale could take place by the end of the year.

This does not prevent the airline from moving forward.

It has just signed a cooperation agreement with Kenya Airways, the long-term ambition of which is to create a pan-African group.