The Madrid bookstore Mujeres &amp; Compañía, specialized in female writers, has removed from its shelves all copies of Carmen Mola's novels after being discovered ... 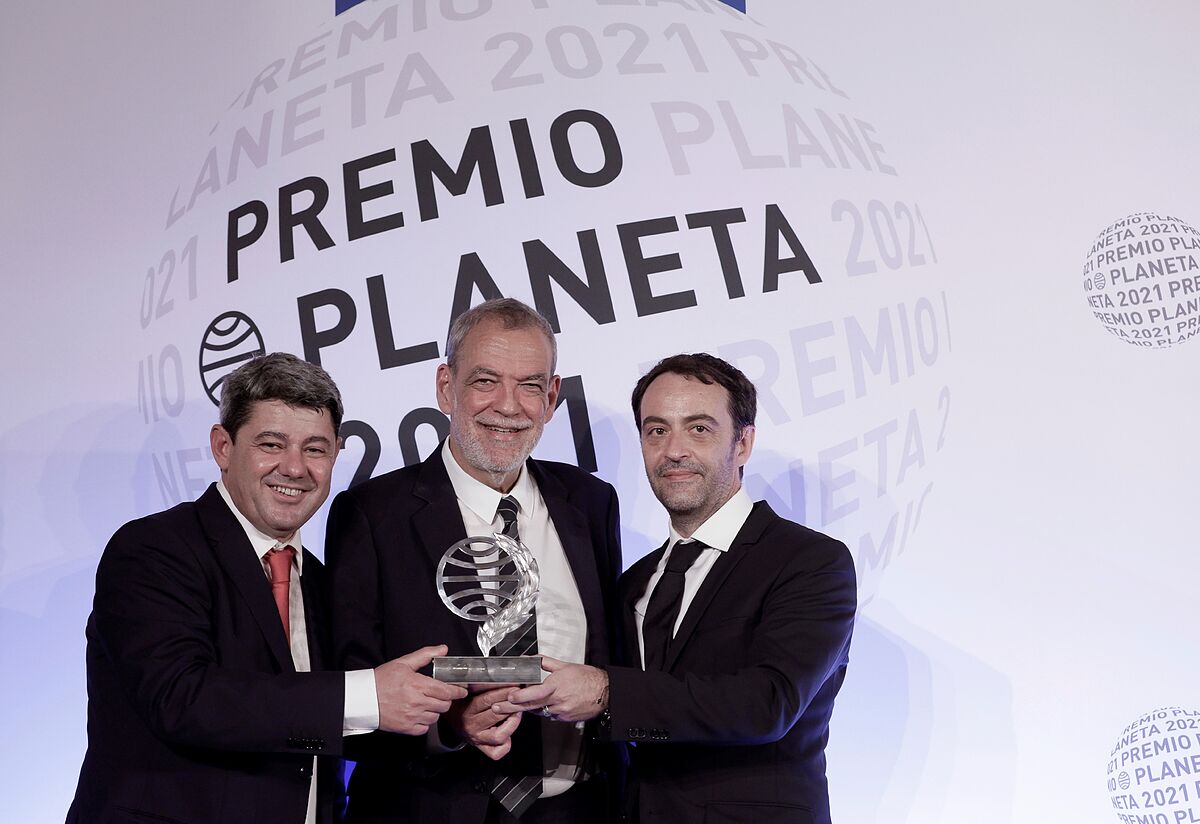 , specialized in female writers, has removed from its shelves all copies of

after discovering with the Planeta Prize award that the author's name is the pseudonym of three authors,

that the gentlemen do not occupy everything", is the phrase with which the bookstore has accompanied a video of Tik Tok in which it is seen how they remove all the books from the shelves of the bookstore. copies of the novels by

Nor will they have the book that has earned them the

Given the criticism received on social networks for its decision to

withdraw the books of the three authors

, the bookstore has written a comment calling for peace of mind to its followers: "As a bookstore that takes care of a specialized fund of authors, we know what it means to make decisions policies that inevitably attract patriarchal violence ... for us and for you, self-care is also blocking trolls and allowing us time offline. "

, puts them in a box and packs them back to the

The box is left at the door of the bookstore and the following message is written on the video: "Of the books registered in Spain in 2018 - the year in which

of this 70th edition, the first with

for the winner, ended with one of the best kept secrets in recent Spanish literature, the pseudonym

, behind which the holy trinity of screenwriters Jorge Díaz were hidden , Antonio Mercero and Agustín Martínez.

With screenwriting training - they are behind series such as

- and incipient writing careers, the three

, as Díaz pointed out at the press conference, who joked about the possibility of having lost friends in the process .

"For me, anonymity was something very comfortable but it also had something of a burning secret," acknowledged Mercero, who is also in charge of adapting the adventures of detective Elena Blanco that have made

famous for a television series

The winning novel of the

, is set in a city ravaged by a wave of crimes against girls from the poorest classes, and in this context, a journalist, a policeman and a girl try to unravel the secrets of such heinous murders.

LiteratureGonzález Sainz: "The bull of the pandemic has wallowed us in a beautiful way"

Literature The favorites for the Nobel Prize in Literature: Cartarescu, Murakami, Ulitskaya ... and Javier Marías

LiteratureCamille Kouchner: "It is hard to live the public condemnation of my stepfather"