China News Service, October 16th. On October 15, "The Voice of China 2021" came to an end. The 98-year-old player Wu Keyue from Taishan, Guangdong won the championship after three rounds of competition. On-site photo   The venue for this year's finals was the Zhejiang International Film and Television Center invested and built by Zhejiang Radio and Television Group. For a variety show, it is n 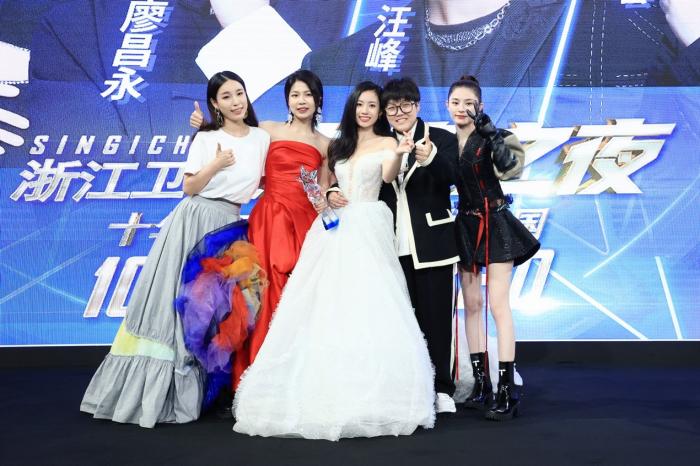 China News Service, October 16th. On October 15, "The Voice of China 2021" came to an end. The 98-year-old player Wu Keyue from Taishan, Guangdong won the championship after three rounds of competition.

For a variety show, it is not an easy task to "not absent from work" for ten consecutive years.

The top five players on Peak Night are all youngsters born in 1995, and "Good Voice" has remained youthful after ten years. It has witnessed singers of different ages and regions chasing their dreams, and has also witnessed the exploration and transformation of the show itself. .

"Good Voice" has never given up its position as a "dream stage" since the beginning of the program. From the first season of the first season, Huang He stood barefoot on the stage and indulged in singing, to Wu Keyue, who just graduated this year, confidently showed her love. Cantonese songs, "Good Voice" witnessed the start of every student's dream.

When it comes to sticking to dreams, the show itself has written a moving chapter.

From the fledgling stage to the peak stage, and then to the stable development stage of the show, it is not easy to go behind the scenes.

And "Good Voice" insisted on doing it with a microphone and a stage.

From focusing on small people in the first season to focusing on the big background now, the "good voice" has guarded dreams for ten years and has continued to interpret bigger dreams.

At the beginning of the peak night on October 15, outstanding students of "Good Voice" sang "Starry Sky" to pay tribute to the aerospace spirit; instructor Li Keqin led the students to study with badminton players and paid tribute to the sportsmanship; the program showed the spirit of China through the lens of Beijing university students The vigorous new-generation power; on the roof of the center of Shenzhen, the program led the audience to overlook the young city of Shenzhen, and experience the fruitful results brought about by reform and opening up, and convey the heroic city’s narration in the narration of young entrepreneurs in Wuhan. Tenacity and vitality.

In addition, "Good Voice" has never stayed in the comfort zone, but has always been walking on the road of innovation and innovation.

Over the past ten years, from the continuous optimization of the mentor's turning mechanism to the joining of four teaching assistants this year, "Good Voice" has been thinking about the program competition system.

In this season's program, the teaching assistant can choose to turn around. If the corresponding instructor does not turn around, he can use 30 seconds after the performance of the contestant to win the recognition of the instructor for the contestant.

The newly added tutors and assistants have assumed the role of tutor’s eyes and added new musical insights to the show.

In this peak night championship competition, we saw more "returning" players than in previous years.

In the past ten years, the original students now have their own roles in the Chinese music scene. Now they return to the "campus". They have faded away from youthfulness and replaced them with self-confidence and calmness.

Almost every shining student stood on the stage as an ordinary person and was then seen by people.

They either practice day and night because of their hobbies, or have undergone rigorous professional training. "Good Voice" provides an output platform for ordinary people who are ready.

Four teaching assistants came to the four branch venues on the night of the peak, focusing the lens on workers from all walks of life, and witnessing the beautiful final night with them; Li Ronghao, while cheering for student Wang Jingwen, sent to the workers who worked hard on the street Drinks and desserts express gratitude to the city builders.