Melodifestival is changing radically. The artist duels are scrapped and replaced by a semi-final. - The idea of ​​Second Chance has fallen, says project manager Anette Brattström. 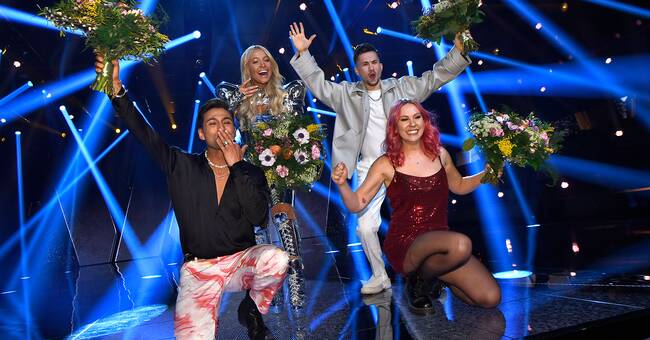 Forget artists who are pitted against each other in duels - when the Melodifestivalen returns in 2022, it will be with a new approach.

After 17 years, SVT has decided to close down the Second Chance, where some of the entries that did not make it directly to the final get a second chance.

- We not only close down the program but also replace it with a new program that we have chosen to be called the semifinals, says Melodifestivalen's project manager Anette Brattström.

Steps before the final

She believes that Second Chance has served its purpose, which was to give the artists an opportunity to redo their number and polish the performance.

- It is not really done today because the artists' numbers are almost perfection repeated.

Very few changes are made and then we thought that the idea of ​​Second Chance has fallen.

We want to do more of an escalation before the final.

The change means that in the competitions next year, two songs will go directly to the final, and two go on to the semifinals.

In the semi-final, the eight entries are divided into two groups that compete with each other, and the two who get the most votes in each group are allowed to compete in the final.

- I think that the semi-final can engage the viewers more because you let four entries compete against each other instead of the entries going up two to two.

Two against two will be a narrower section where you can from the beginning think that someone is a pre-tipped favorite.

There is a greater tension in that there are four who meet, says Anette Brattström.

The first competition in the Melodifestivalen 2022 takes place on 5 February in Malmö with Oscar Zia as host.

1974 was the year when Swedish music conquered Europe.