The latest transformation of Adele, the Cinderella of pop. New album and new life after his divorce

It has been six years since Adele published her last work and the hearts of her fans are about to explode at the imminent release of '30', her new album, from the cu 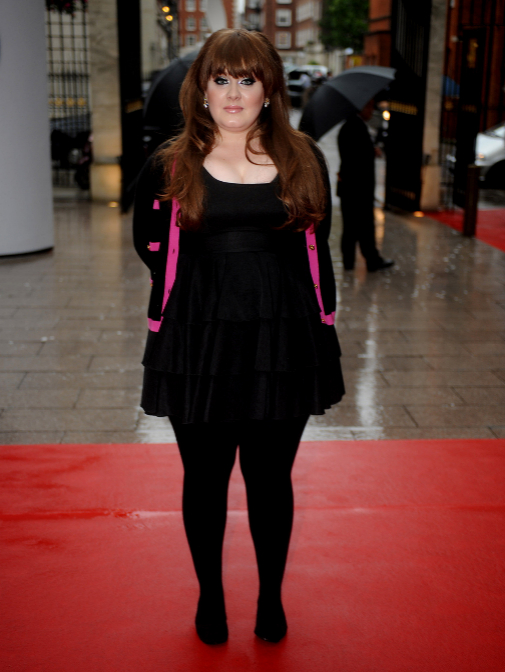 It has been six years since

published her last work and the hearts of her fans are about to explode at the imminent release of '30', her new album, of which 'Easy on Me' has been the advance single. In the video, the British woman wears a long hair, a PVC trench coat and makeup that confirm that, like Benjamin Button, the singer follows the reverse path of mere mortals; that is, it looks better and better.

And this is not nonsense; in fact, it is one of the keys to his tremendous success (leaving aside his prodigious voice, but look at

who at a certain moment decided that it would be more profitable, for marketing reasons, not to show her face on covers and videos, that's how we are silly music consumers, it seems).

Indeed, one of the reasons

(one, I have said one, not the only one, that we already know each other)

why Adele has garnered millions of followers to become one of the artists who sell the most albums in the world (at the moment more of 120 million), it is because of how we mortals fascinate the stories that revolve around the archetype of

those people who nobody valued despite their great virtues and who finally conquer the place they deserve thanks to the great beauty that they hid, for reasons whatever, from the view of others.

Adele's has been, from 2012 until today, a full-fledged 'refurbishing'.

But not only of its weight - our

went through a very similar process

also in his way of speaking (his natural accent comes from a very marked North London accent), of dressing and of behaving.

As a fan, many were shocked that 'the most perfect voice' of recent times belonged to the same person who cursed, mispronounced words in interviews and chewed gum at the 2012

Even when he went on stage to receive his own.

In any case, her 'authenticity' has not played a small role in her popularity either, actively contributing to the creation of the myth 'woman of humble extraction who manages to conquer the highest levels of stardom'. After all, it's anyone's dream, right? Let the existence of that thing called divine justice be confirmed. But there is more.

Adele's physical change between 2011 and the present, where her manager, her stylist and her coach have had a lot to do with it, has also made her a contemporary heroine. Because, is there anything more 'heroic, in today's eyes, than losing almost 45 kilos of weight? According to

('The metamorphosis of fat'), of course not. For contemporary society, explains the historian and sociologist, the individual

his appearance. That is why obesity is so stigmatized, because it is interpreted as a failure of the person, it is associated with a lack of will, with psychological weakness. "The defect of the obese is to be

unable to change," he

writes. Losing weight is, on the contrary, "to pass the social test, to fulfill itself".

suggests that we cultivate our aura of mystery.

It is seen that the bestseller has not met Adele.

It is not that he has lavished much in interviews, but those that he has granted throughout his career stand out for the revelation of aspects of his personal life that not all celebrities would be willing to share before dictating some juicy and millionaire memories when his arrival retirement.

Now he has said, for example, that his new album aims to make his son Angelo understand why he has divorced his father

, they separated in March of this year). And that has also served "to talk about the relationship I have with myself and things like that," he said. Interestingly, his second studio album, '21' (2011) was, like this one, inspired by a love breakup.

She has also told Vogue that the exercise and diet plan she has followed became an addiction.

He began to practice it to alleviate his anxiety and it seems that it generated more, to the point that he got to meet his coach up to three times a day.

He has also shared that the years since 2015 have been the most turbulent of his life.

to see what she thought of it.

Or that in the beginning he even said no to a tour for not separating from a boyfriend, at one time he drank even the water from the pots.

STYLE: FROM MY NEIGHBOR IN FRONT OF CATHERINE DENEUVE

That Adele's style has undergone a profound transformation along with her body, is not a discovery for anyone.

On the cover of British Vogue for November 2021, she appears with hair very similar to that of the 'Easy on Me' video, a very 60s blonde hair directly inspired by Catherine Deneuve.

has been her stylist for years.

A somewhat indiscreet stylist, it must be said, since he revealed that the diva did not step on the red carpet without first wearing a Spanx girdle.

But in any case, with or without gossip, the truth is that she has managed to give the singer's style a twist, like her makeup artist

achieved a makeup for her face that not only favors her a lot, but also identifies her clearly.

LifestyleFour things your children are likely to see every day on the Internet and you, on the vine

Influential women Nadia Calviño: "I have had a tremendously intense career and my children tell me that I have been a good mother"

Psycho Is it possible to meet our dreams and decipher them?