Surprise.. Dolly Shaheen was not beaten and the incident was fabricated

The artist, Dolly Shaheen, caused a state of controversy during the past two days after circulating pictures and statements attributed to her media advisor about her being assaulted and severely beaten by unknown persons, while it later turned out that the attack was fabricated and that the pictures circulated were part of one of the series that 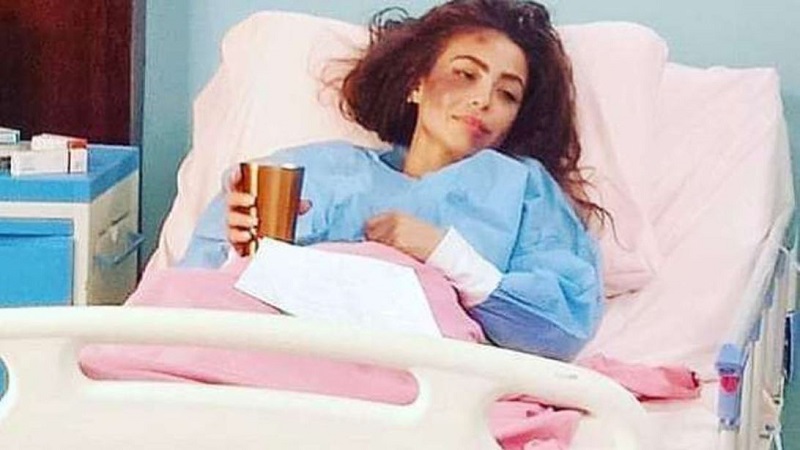 Surprise.. Dolly Shaheen was not beaten and the incident was fabricated

The artist, Dolly Shaheen, caused a state of controversy during the past two days after circulating pictures and statements attributed to her media advisor about her being attacked and severely beaten by unknown persons.

And the artist, Dolly Shaheen, said in a statement to the Egyptian newspaper “Al-Watan”: “I am fine, thank God, and there is no truth to what was circulated about being attacked by unknown persons,” while it turned out that the photo that was published on social networking sites for Dolly Shaheen while she was in the hospital was an advertisement for her series. "The Mamluks", which is currently being filmed.

Lawyer Ayman Mahfouz submitted a complaint to the Egyptian Attorney General against the artist, Dolly Shaheen, because of allegations that she was brutally assaulted by unknown persons. Dolly Shaheen was subjected to a brutal attack by unknown persons, and it provoked panic among the citizens and worked to disturb security and community peace, and the surprise came that this was an advertisement for a series in which the artist works.

And he continued, “These reckless acts represent the crime of false communication and disturbing the authorities.” The communication No. 134544 of 2021 carried the petitions of the Attorney General, and the lawyer demanded that the texts of the indictment articles be applied and Dolly Shaheen be prevented from entering Egyptian territory and immediately deported from Egypt after her trial and the imposition of the maximum penalty on her and the cancellation of work permits own in Egypt and take the necessary legal action.

It is noteworthy that after Dolly Shaheen's media advisor, Issam Milad Nasrallah, published news on his page on the social networking site "Facebook" about the attack on her and calls for her recovery, today he publishes press materials related to the fact that the photos of the assault are part of the Mamluk series.