The acclaimed drama series Succession is back. The battle over which of the siblings will take over the big media company after the father is now more intense than ever. Kim Veerabuthroo Nordberg has seen the first seven episodes. 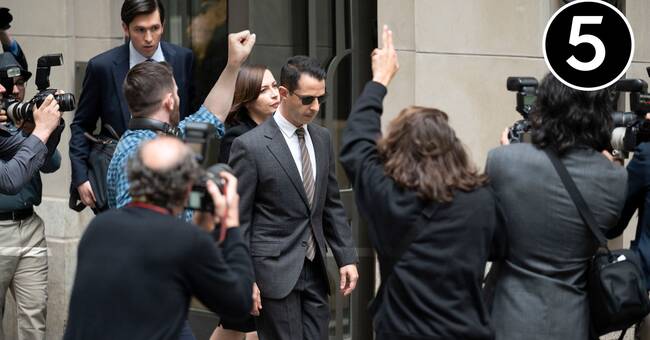 Kendall Roy (Jeremy Strong) is good at spice himself up.

Every time his sadistic father Logan (Brian Cox) knocks him down, he bounces back: a pep talk in front of the mirror, a pair of new sneakers, a line of cocaine, and he's up and running again.

Dad and take his media company.

In the third season of Succession, Kendall, whose inconsolable struggle for dad's love we followed from the second episode's second first scene, has pepped up into a narcissistic black hole.

He hires the coolest PR agency, the hottest lawyer and holds a pre-party in his limousine where he forces everyone to read aloud tweets on the theme of Kendall Roy.

, he shouts ironically to the paparazzi photographers - high on himself after the revelation that his own father was involved in the scandal with missing migrant workers and strippers on the family business's cruise ships.

He owns the story now.

Everything is going well.

But in TV drama, no wounds heal

The moment Kendall again comes close to his father's heavy force field, he shrinks into a little boy, frightened and weak.

The format is just like in previous seasons something of an "adventure of the week": constantly new reasons for the family to gather in beautiful rooms and say terrible things to each other.

Every family member is buy-your-own-island-rich

, and could leave Manhattan at any time and live a comfortable life without the stress of leading a multinational media company.

But they choose to stay with each other, blood feud or not.

The soul trembles before the void, I suppose.

It is the characters that are the backbone

of Jesse Armstrong's story of the dysfunctional Roy family.

Jeremy Strong, who learned the craft from Daniel Day-Lewis - the method actors' method actors - is immediately striking as the vulnerable Kendall.

Kieran Culkin is some kind of comic genius in the role of the witty Roman Roy, with fierce competition from Tom Wambsgans who spends much of the season googling how to make toilet wine before the prison stay he is convinced awaits him.

We must also mention the seventh member of the Roy family: Nicholas Britell's powerful Emmy-winning compositions, grand and elegant but with a slight dissonance that pushes them on the right side of opulence.

If we are to compare Succession

season three with the previous two, it feels marginally thinner, perhaps because Kendall, who the story leans towards, is so manic and difficult to get in touch with.

That is, so to speak, more action and less family therapy.

But even a marginally thinner season of Succession is better than most on TV right now.