Hundreds of nude people painted white walked through a desert space near the Dead Sea, as part of the artist's latest photographic project ... 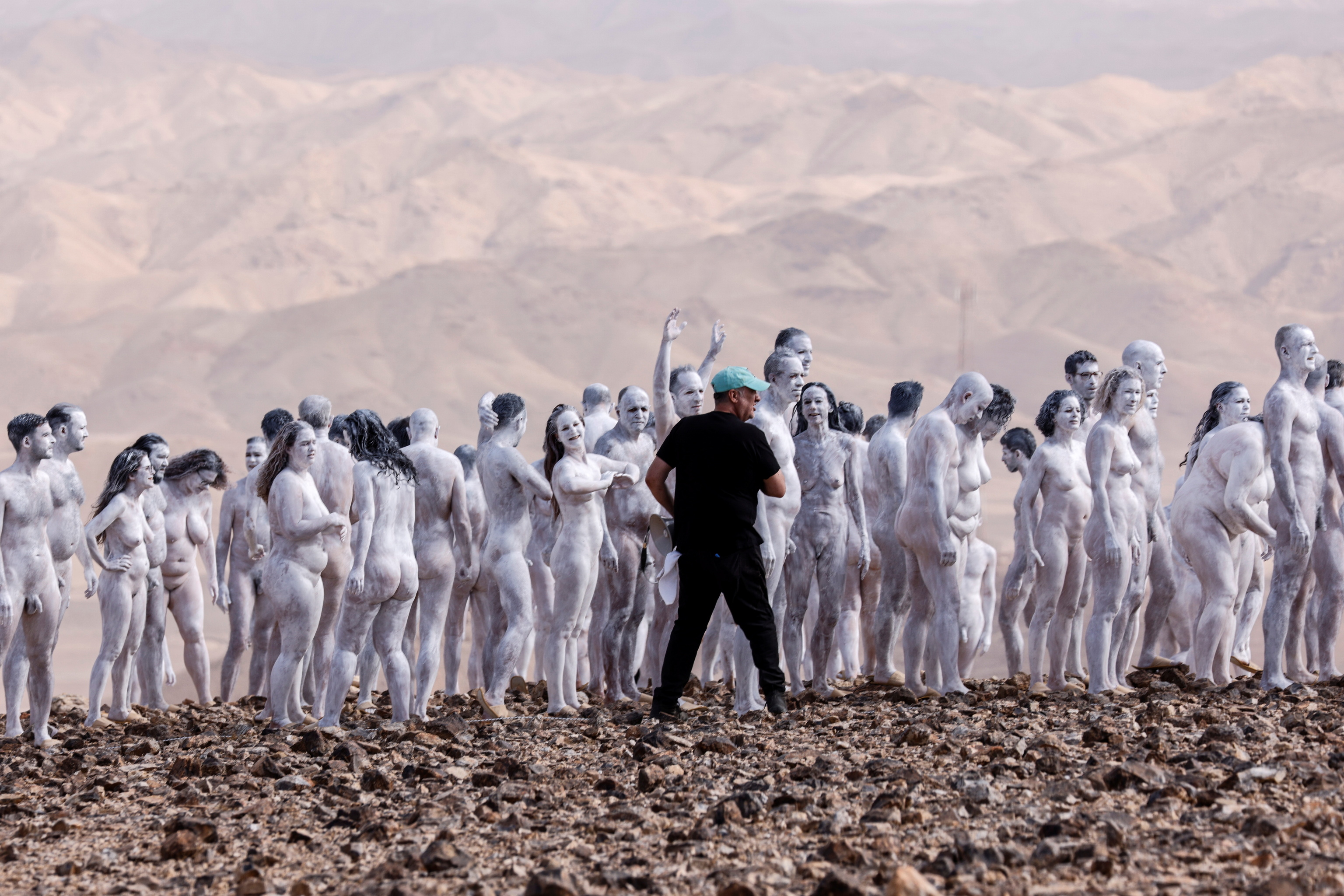 walked through a desert space near the

, as part of the latest photographic project by American artist

Tunick, dressed in black, directed the scene perched on the roof of a vehicle, giving orders with a megaphone.

photograph the Dead Sea with naked people for the third time

"For me the body represents beauty and life and love," said Tunick, who has held such nudist events in various parts of the world.

Tunick photographed more than 1,000 nude models a decade ago on the shores of the salt lake, which loses a meter each year.

severe phase-out of the Dead Sea

has been exacerbated as Israel and Jordan have used the water that flows higher up for agriculture or as a drink, in addition to mineral extraction and accelerated evaporation due to climate change.

, listened to his instructions to walk or stop.

He said he covered his models with white paint to

, who is said to have been turned into a pillar of salt.

, 26, said she joined the event as a way to raise awareness of the environmental crisis.

The project was funded by the

, which paid tickets and expenses, and the

provided staff and assumed other expenses, said Hassan Madah, the ministry's marketing director for the Americas.

Diplomacy & GeopoliticsThe sin of Beirut, the city caught in its curse

LiteratureDeborah Feldman: "The virus of hatred against Jews can never be erased"