Elton John: "I'm more excited about music now than ever before"

Elton John is back on all the radio and streaming charts with his Cold Heart, an instant hit that he released in August with one of the pop stars of the moment, Dua ... 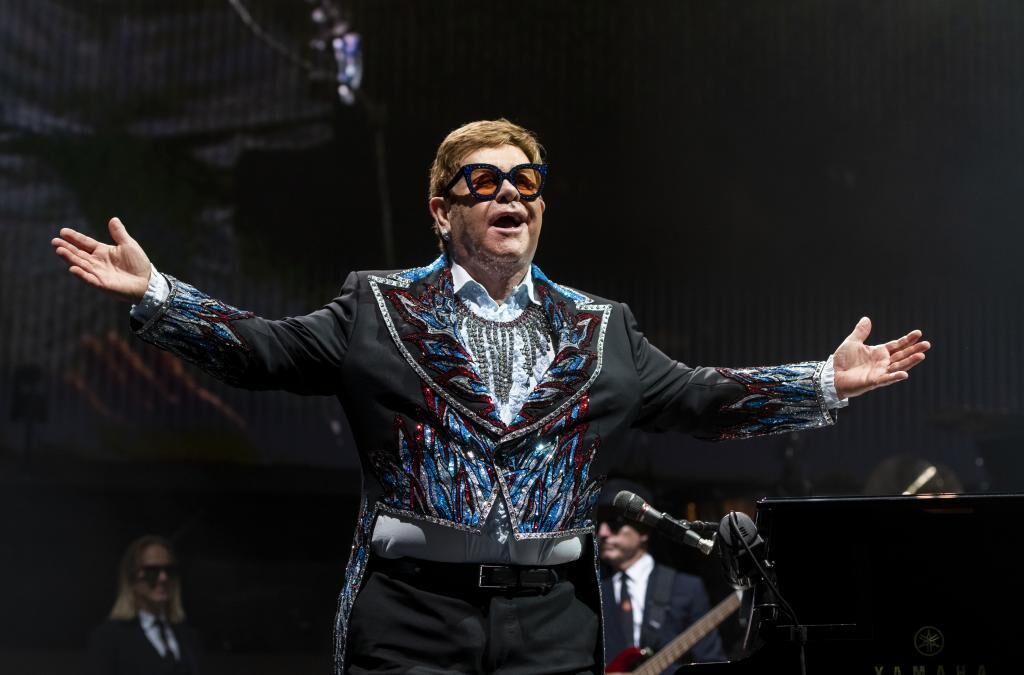 Elton John is back on all radio and

he released in August alongside one of the pop stars of the moment, Dua Lipa. Thanks to this elegant and catchy single, Sir Elton John has returned to number 1 in the UK after 16 years (then it was with his tribute to Tupac in

and to the US

Neither age (74 years) nor his ailments (he has just undergone a hip replacement operation) stop Elton John, who is experiencing one of his best professional moments.

“I never believed that I would make

a record during confinement.

I had no plans to make music at all.

Everything has been like an accident ”, explained Elton John from the Metropolis studios in London, in a brief world press conference with journalists from Russia, Brazil or Poland.

Thus began his virtual promotion of

an album of collaborations (some unusual, such as that of the young country singer Jimmie Allen) that Universal Music will launch this Friday.

“It all started in March 2020, when I ran into Charlie Puth in a restaurant in Los Angeles. We didn't know each other but we actually lived four doors down ... He told me he was going to the studio and if he wanted to accompany him to make four mixes. And I went », he remembers. Thus was born the first single from the album, After All, a classic ballad very much in the Elton John style and with the romantic touch of Charlie Puth. Then came a piano collaboration with Gorillaz and another with Miley Cyrus on their reversion of the Metallica classic

From a dinner in Los Angeles with Dua Lipa came another collaboration. "Gradually an album was being born," says Elton John, who

pulled his list of contacts and friends to create an album.

in which he plays all styles and styles. "Completely different themes have come up than anything I am known for, things that took me out of my comfort zone," he admits. “I realized that there was something strangely familiar about working like this. Early in my career, in the late 1960s, I worked as a session musician before I was Elton. He played songs by other singers. I had come full circle, "he adds.

A circle that closes with the youngest and most promising artists.

“I would love to do something with Billie Elish

one day, but not yet. It is still forging its way. She is formidable, the one responsible for her own successes. And it is wonderful to see how a small flower becomes a beautiful tree ", acknowledges Elton John, erected as a symbolic godfather of a whole new generation, whom he has made sound or interviewed in his six years of radio program on the BBC. «When I came to America for the first time,

supported me. I was very happy that they liked my music and that they validated what I was doing. I try to do the same with young musicians, because it helps, ”he says.

And it is that Sir Elton does not want to say goodbye, no matter how much he announced in 2018 what would be his last tour, that of farewell to the stage,

. A three-year macrotour with more than 300 concerts (in June 2019 he went through the WiZink in Madrid) that he had to postpone due to the pandemic and, later, due to his hip problems. It doesn't look like this is going to be Elton's goodbye. «I have learned something from all the artists I have worked with. At my age, 74, continuing to learn from other musicians is the greatest gift I can ask for. You can never stop learning. If you close your mind and say: "I have enough, I can do whatever I want, I don't need anyone" is death as an artist. I'm more excited about music now than ever, "he acknowledges. And for Christmas he promises another song, the

de rigueur, with his colleague

LiteratureLeonardo Padura: "People in Cuba are desperate, tired, fed up"

Music Rigoberta Bandini: "We are all bitches, sexual identity doesn't matter ... Bitch is a lifestyle"

MusicMuere José Alfredo Jiménez Jr, who honored the name and talent of his father