Seven years after his arrival in England, the Senegalese Sadio Mané managed to reach the 100 goals mark in the Premier League this Saturday, October 16 during the victory of Liverpool on the lawn ... 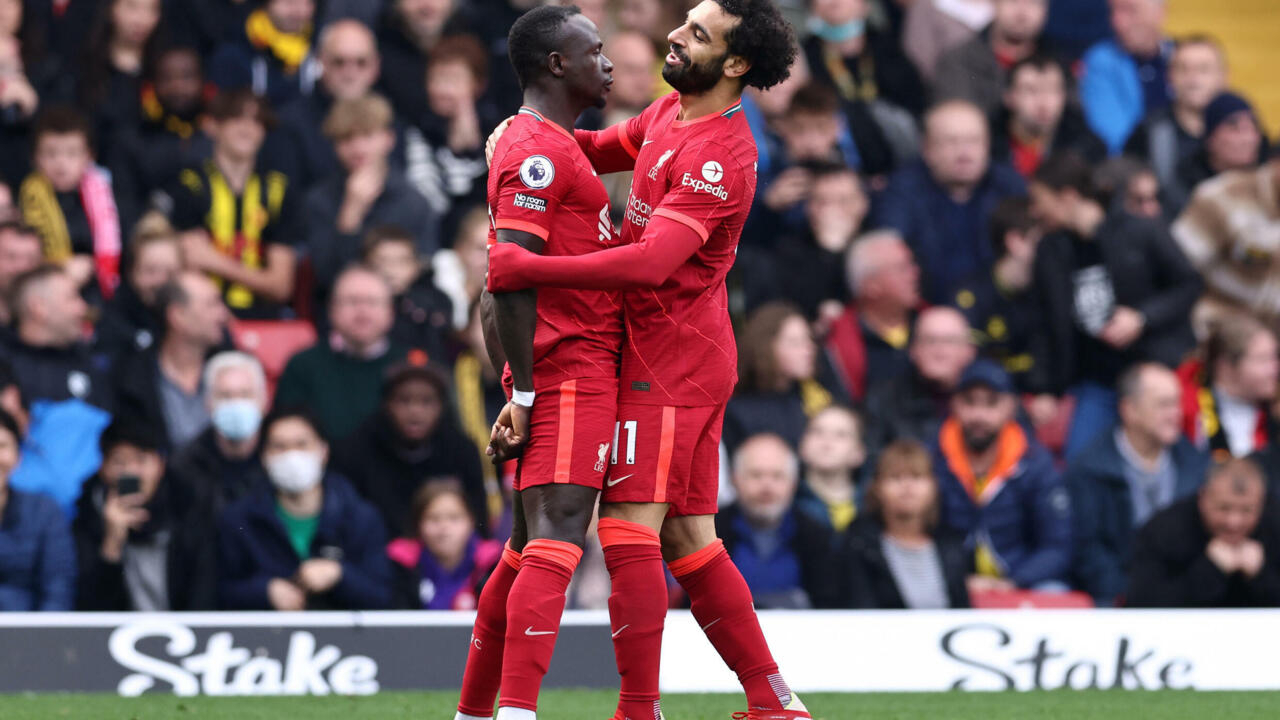 Senegalese Sadio Mané congratulated by his teammate Mohamed Salah after scoring his 100th Premier League goal on October 16 at Watford.

Seven years after his arrival in England, the Senegalese Sadio Mané managed to reach the 100 goal mark in the Premier League this Saturday, October 16 during the victory of Liverpool on the lawn of Watford.

His Egyptian teammate, Mohamed Salah, scored him a splendid goal.

Almost seven years to the day after his first Premier League goal with Southampton, Sadio Mané scored his hundredth this Saturday during Liverpool's success at Watford (0-5).

The Senegalese striker opened the scoring by taking without control a cross from the outside of Mohamed Salah's foot (0-1, 9th).

The number 10 of the Reds becomes the third African to reach this 100 goals mark after the Ivorian Didier Drogba and his Egyptian teammate.

He is also the third player in Premier League history to achieve this without scoring a penalty.

Only Les Ferdinand and Emile Heskey managed this performance before him.

But, this Saturday, he is not the one that is talked about the most in Liverpool after this meeting of the 8th day of the Premier League.

His two accomplices in the attack stole the show, for a good cause: Mohamed Salah by scoring a new magnificent goal after having erased three defenders with a rake (0-4, 54th), and Roberto Firmino by scoring a hat-trick .

Thanks to their attacking trident, Liverpool remain the last unbeaten team in the Premier League and are provisionally top of the league.