Exhibition director: "NFT will become an obvious part of the art world"

Interest in digital art has increased avalanche in recent times. Now a first trade fair in Sweden has made it possible to buy food digitally through NFT technology. - I think it will be a pretty obvious part of the art world in the coming years, says Carl Wilhelm Hirsch, exhibition manager for Affordable art fair. 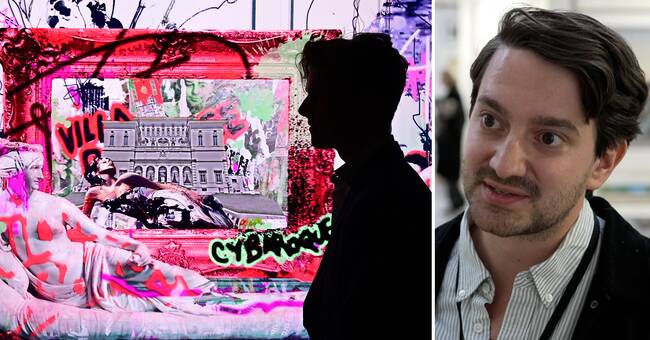 At the Affordable art fair, physical art sold at the fair will be secured with a certificate which in turn will be an NFT.

- I think it will be a pretty obvious part of the art world in the coming years.

You can see how fast it has gone in the last year alone, says Carl Wilhelm Hirsch.

NFT, which stands for Non-fungible token, can be described as a proof of authenticity in the cyber world.

Swedish crypto art has previously been available for purchase.

As an example, tennis legend Björn Borg sold an NFT this summer linked to his experiences in the Wimbledon final against John McEnroe in 1980. The work eventually went for SEK 1.6 million.

I absolutely do not think we are the last, says Carl Wilhelm Hirsch.