In just six months, France will be voting to appoint its President of the Republic. Before even deciding on a possible candidacy, the current head of state Emmanuel Macron has ... 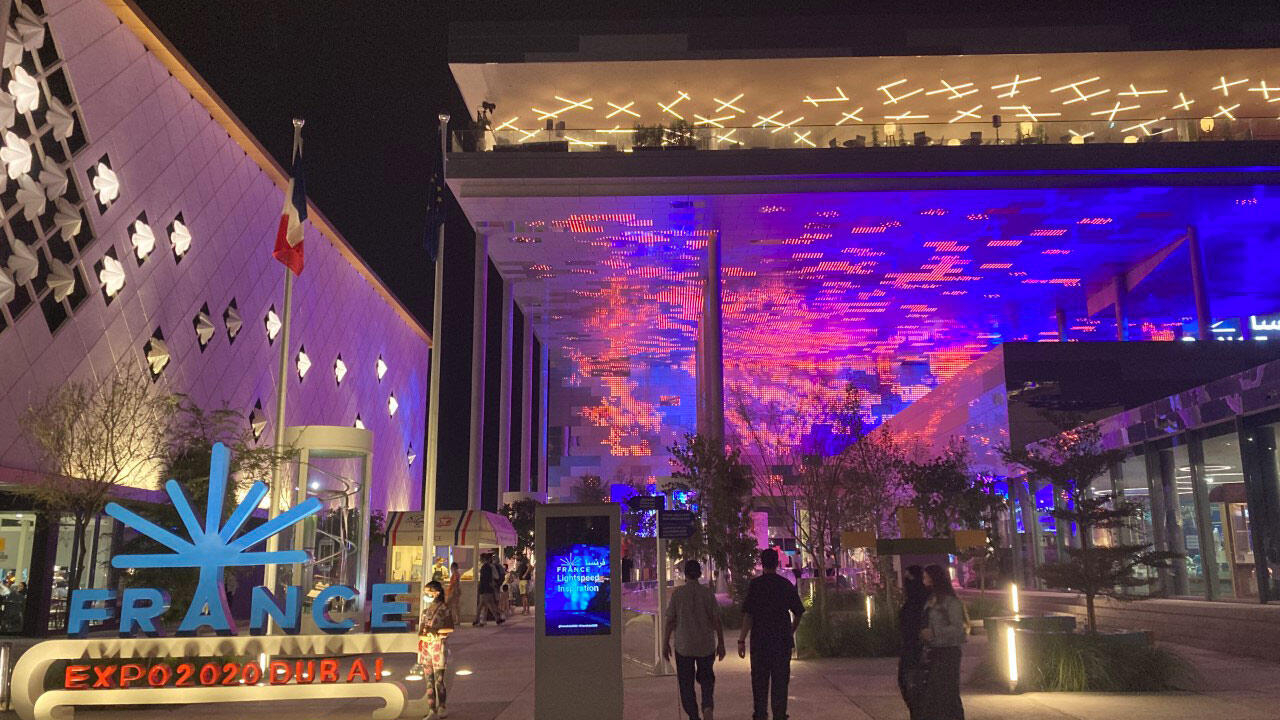 French companies are looking for their way internationally

The French pavilion at the Dubai World Fair.

In just six months, France will be voting to appoint its President of the Republic.

Even before deciding on a possible candidacy, the current head of state Emmanuel Macron set the economic course for 2030: deindustrialize, decarbonize, and in the process, create the champions of tomorrow.

These companies which, in particular in the technologies of the future, will promote France internationally, fighting on equal terms with the American and Chinese giants in particular.

We are talking about this economic French Touch, embodied yesterday and today by LVMH, Total, L'Oréal, Carrefour, Sanofi and in the future perhaps by Blablacar, Deezer, OVH Cloud, Doctolib, others still?

In addition to these giants, a large number of SMEs or mid-size companies are weaving their web around the world, despite increasingly fierce competition, despite the complications resulting from Covid-19.

What is the weight of France in the world?

Is it really losing speed?

What are the strategies adopted by the French groups?

Are they adapted to the constantly changing international context?

Vincent Vicard, economist at CEPII, (Center for prospective studies and international information) in charge of the scientific program Analysis of international trade.

- There are many these French entrepreneurs who are trying to make their hole abroad and need opportunities to promote their projects and their products.

This is the case of the Universal Exhibition which is held for several months in Dubai.

What are their hopes, their difficulties?

In Dubai, these French exhibitors who rely on the Universal Exhibition

French entrepreneurs at the Universal Exhibition

- How is French business doing in China, one of the planet's two economic superpowers, especially since the onset of the Covid-19 pandemic?

is RFI's correspondent in Beijing.

- Where is the French economic presence in Africa?

In 20 years, France's market share has declined, but investments are growing because the market is increasing overall.

Above all, the French companies present on the continent are not the same as yesterday.

Hear what Axel Baroux, Director of Business France for Sub-Saharan Africa (which manages eight offices on the continent) has to say about it.

met him during the Ambition Africa 2021 forum which brought together a thousand French and African entrepreneurs.

Place of French companies in Africa

A few weeks before COP26, let's think about economic models that are more respectful of man and the environment.

In any case, this is the ambition of the Impact France movement, co-chaired by Jean Moreau.

met him during the summer universities of tomorrow's economy.

Interview with Jean Moreau (Impact France) on “the economy of tomorrow”

What if the British regretted their choice?

Ten months after Brexit, some in any case are starting to doubt.

Because the shortages have been increasing for several weeks.

Fuel, clothing, food, etc. There are not enough truck drivers.

In Kent (south-east of England), British fishermen also regret Brexit, believing they have been cheated by the government.

The economic consequences are therefore starting to be felt very seriously.

This is a great report by Alexis Bédu, directed by Pauline Leduc

In Dubai, these French exhibitors who rely on the Universal Exhibition