Queen Letizia, with glitter and Varela embroidery at the Planeta Awards ceremony 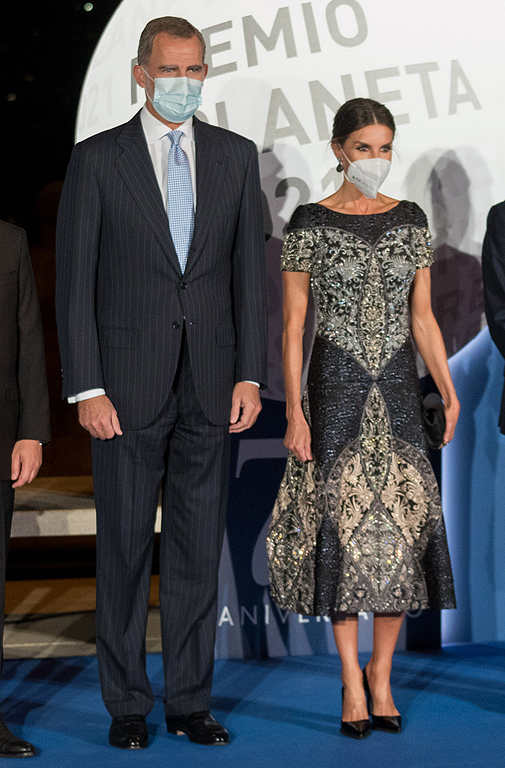 The Queen has continued with her austere line of

more than rarely since the pandemic began and has recovered a dress that she premiered for the 2018 Prince of Asturias Awards ceremony.

skirt and short sleeves, with an e, marked waist, with a black background with intricate silver embroidery, in a nude tone and sparkles.

A design with intricate drawings that, as always, fits her like a glove.

And also, as always, she has combined it with black

and a clutch of the same color.

Doña Letizia in a Felipe Varela dress in Barcelona.

An appropriate look for the type of event he has attended in Barcelona and, a priori, better made than the one he premiered for the October 12 parade, a baby blue design by

that revealed failures in the hem stitching .

The unknown is whether a model will debut next week, when it travels to its hometown, Oviedo, with the King and his daughters, the Infantas Leonor and Sofía, to preside over the delivery of the

Some acts in which, except last year, when she wore a Delpozo dress already released, she always wears her best (and new) finery.