Volcano on La Palma, last minute live | They order the evacuation of more areas after the advance of the laundry to the northwest

The emission of sulfur dioxide (SO2) associated with the volcanic plume (visible emanations) on the island of La Palma continues to register high values ​​in line with the process ... 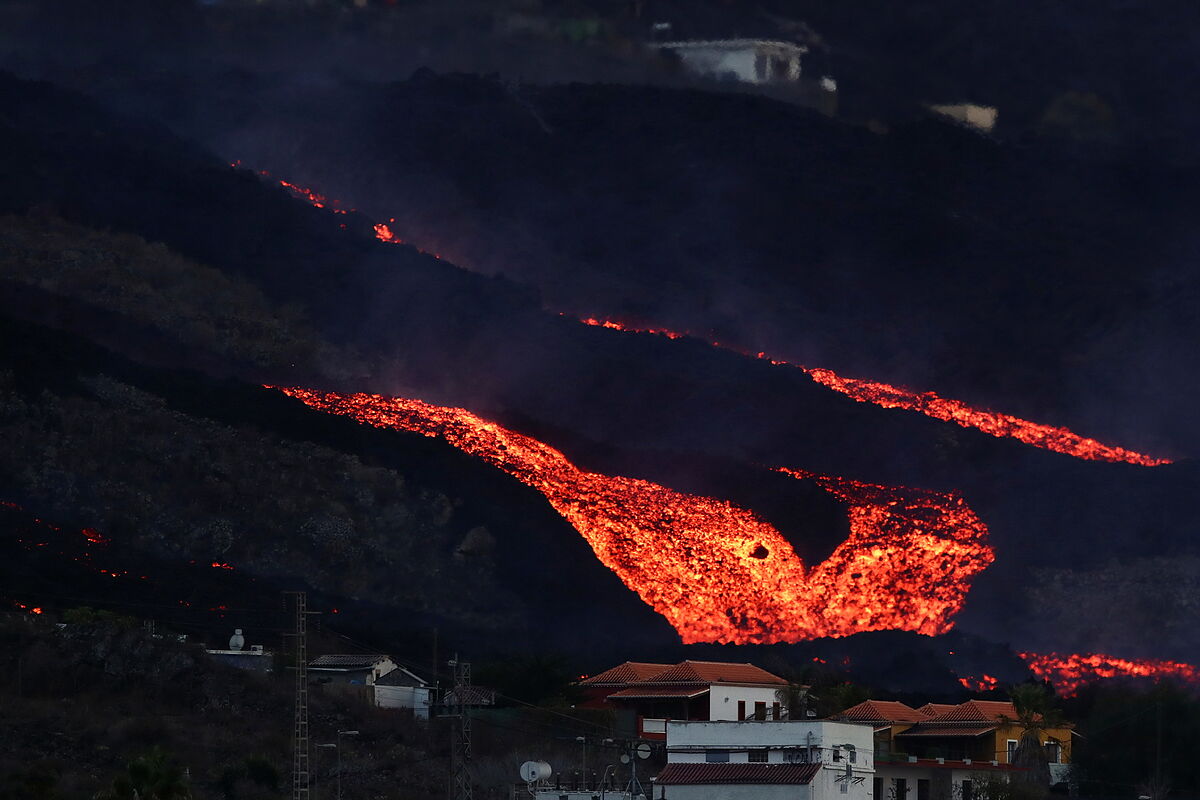 The emission of sulfur dioxide (SO2) associated with the volcanic plume (visible emanations) on the island of La Palma continues to register high values ​​in line with the eruptive process, reaching values ​​of 17,774 tons per day (underestimated value) this Tuesday, which indicates that

the end of the eruption will not occur "in the short or medium term."

With respect to the wash that is advancing towards the northwest and that has forced preventive evacuation in new areas of La Laguna, in the municipality of Los Llanos, the technical director of Pevolca, Miguel Ángel Morcuende, has reported that it is progressing "very slowly "and right now it is" losing steam "in relation to the melt that is located slightly further south, which is moving faster (about 50 meters per hour) and is

accumulating maximum energy and thrust from the center of transmitter.

area affected by the lava

until this Tuesday stood at 640.27 hectares, which is 27.94 more than the previous day, and the maximum width of the wash is 1,770 meters, 250 meters more, due to the widening caused by the laundry coming from the northwest.

According to data from the Copernicus satellite, a total of

1,541 buildings / constructions have been affected by the lava,

For its part, the Cadastre data indicates that there are 937 effective buildings affected, of which 763 are for residential use, 83 for agricultural use, 45 for industrial use, 22 for leisure and hospitality and 18 for public use and others.

7.00 New neighborhoods are evacuated in Los Llanos de Aridane due to the advance of the laundry

The management of Pevolca has ordered this Wednesday night the evacuation of more areas after the advance of the lava flow that runs further to the northwest of the island of La Palma and its proximity to the boundary zone of the already evacuated perimeter.

Specifically, the area to the south of Camino de La Cruz Chica at the junction with Camino Los Campitos has been evacuated, following Camino Morro Cabrito until reaching Highway LP 2.

From 9:00 p.m. to 12:00 a.m., the people affected by this evacuation order have had to vacate their homes, with their belongings and pets, and go to the meeting point located in the Campo de Lucha Camino León de los Llanos de Aridane.

In this sense, the Pevolca has indicated that people who have not been able to collect their belongings "will be allowed in subsequent days, gradually and accompanied, provided that security conditions allow it."

La PalmaA four stars without ash for the 'homeless' of the volcano: "I wish I didn't have to set foot in this hotel"

La Palma EruptionEverything loses the Church tower, one of its symbols, engulfed by lava