She entered the "Guinness" accompanied by a citizen of her country.. Turkish Rumaiseh is the tallest woman alive

The Guinness Book of World Records has revealed the title of the tallest living woman, the Turkish Rumaiseh Gilji, who measured 215.16 cm (7 feet 7 inches). Alive 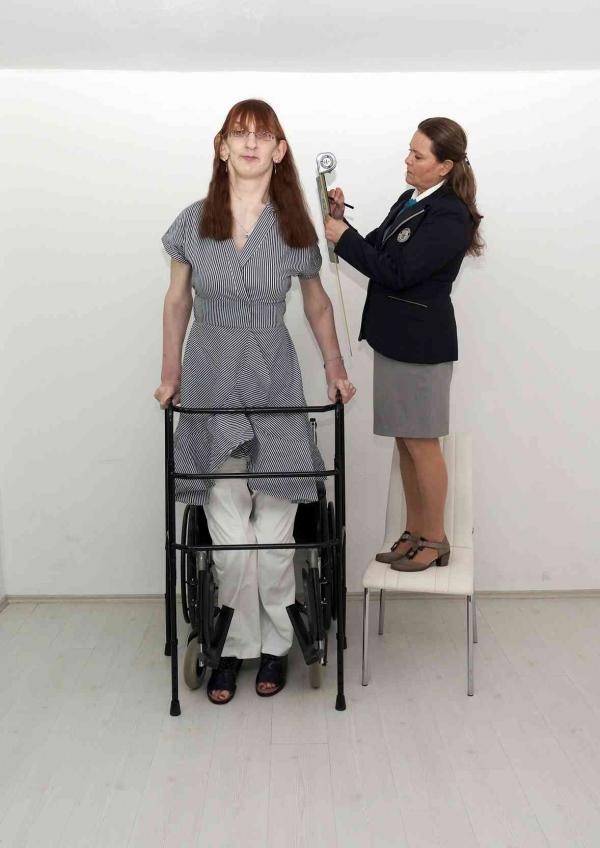 She entered the "Guinness" accompanied by a citizen of her country.. Turkish Rumaiseh is the tallest woman alive

The Guinness Book of World Records revealed the title of the tallest living woman, the Turkish Rumsiyeh Celci, who measured 215.16 centimeters (7 feet 7 inches).

Gilji held a previous record of 17 years when she was documented in 2014 as the longest-lived teenage girl.

Gilji suffers from Weaver syndrome, an extremely rare condition that results in accelerated physical growth as well as other challenges including skeletal growth.

Since achieving her previous title, Gilji has used her social media platforms to educate the community about rare medical conditions like hers.

At 24, Rumaiseh has been re-measured and documented as the tallest living woman.

"Proud and unique" are the words Gilji used to express her joy at being awarded the Guinness World Records title, as well as expressing her feeling of special being the only woman in the world this tall.

She is usually confined to a wheelchair but can walk and says that her height interests people when they pass her on the street, but most of them are very kind and supportive especially when they meet her for the first time.

In her spare time, Rumaiseh loves to go out with her family to various tourist facilities, and swimming helps her relax.

Her family expressed their happiness at winning the Guinness World Records title.

Her advice to anyone who is tall or struggles to feel different is that "imperfections can turn into advantages, so people should accept themselves as they are."

"Be aware of your potential and do your best," she added.

Craig Glenday, editor-in-chief of Guinness World Records, said: "It's an honor to welcome Rumeeseh once again to the record books. Her indomitable spirit and pride in standing out from the crowd is inspiring. The tallest woman category isn't one that changes often, so We are excited to share this news with the world.It is impressive that Rumeisah is from Turkey, which means that both male and female surviving record holders are from the same country - a rare event in our 67-year history. This record for the same nationality was set in 2009, when China, through its compatriot (Bao Xixun) with a height (236.1 cm) and her compatriot Yao Defen (233.3 cm), retained the precious title for both sexes.