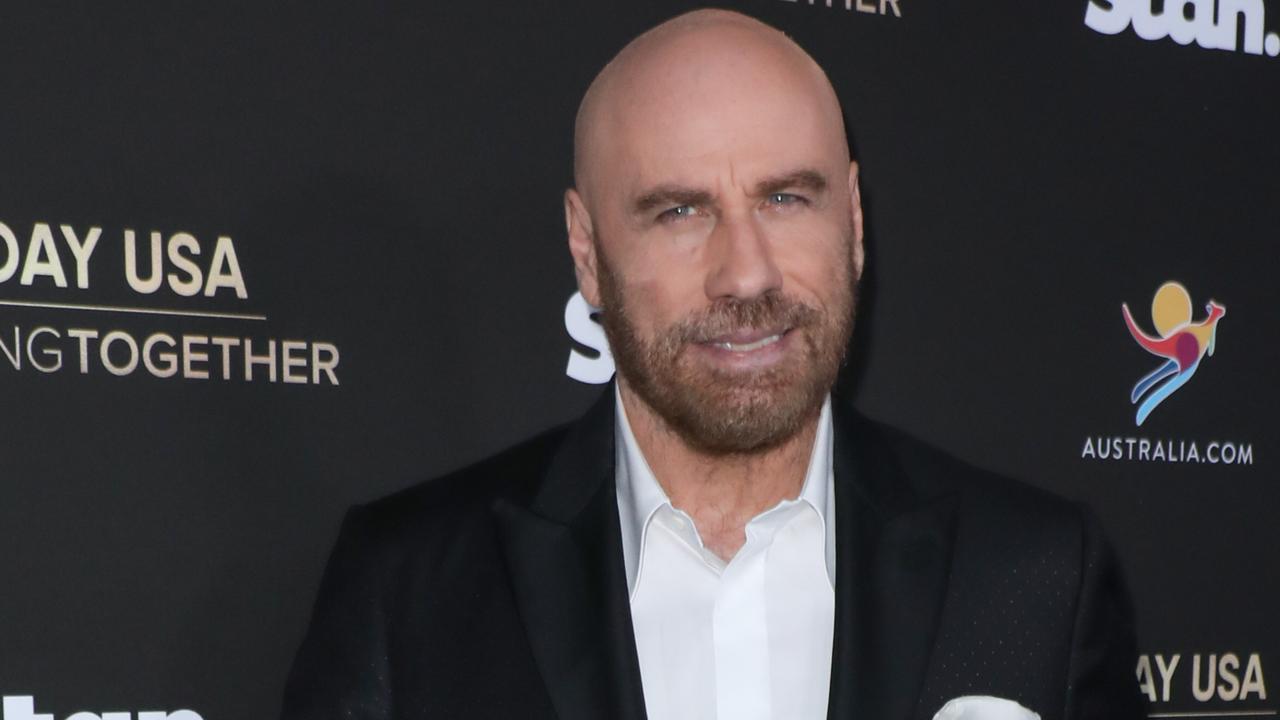 John Travolta posts a photo of her on the death anniversary of his wife Kelly Preston, who would have turned 59.

"Happy Birthday Kelly, we love and miss you very much."

Preston passed away in July 2020 from breast cancer.

Jim Bakkum has had a new tattoo for his daughter Molly.

"From very little Molly called herself 'Nennie', Posy 'Tettie' and Lux ​​'Sie' (don't ask me why) and now I've immortalized those names on my arm forever. Written personally last night by Posy, who spent half an hour wrote the three names on a piece of paper at her very best," the actor writes on Instagram.

Barbara Sloesen mainly known as a brunette, but the actress has undergone a small metamorphosis Wednesday.

Tony Junior is already ready for Halloween, he shows on Instagram.

"Is this a good Halloween outfit?" he asks his followers.

On the way to Las Vegas, the singer wrapped a scarf with dollar bills.

Between all the selfies and photos of parties, reality star Jaimie Vaes posted a sweet video of her and her son Lío Zion on Instagram.

Love without borders in

After her red carpet moment and the viewing, the actress ended the evening in a fast food place with a bag of fries and a hamburger.

In the nursing home of Patricia Paay's mother, corona has broken out again and so they can't be too careful.

That is why Paay has let herself be completely wrapped up: she does not want to accidentally light her mother.

Her mother is doing well, but Paay also writes that the residents prefer to just visit each other.

Jan Versteegh is melancholy on this Tuesday morning: his daughter Lulu has turned four years old.

According to the presenter, the big release has now started, but he always holds her a little.

There is one year old

She shares photos of the dog throughout the year on Instagram.

Sylvie Meis is on the road again: the presenter is in Los Angeles.

In her Stories she shows that she has already worked out there and has eaten pasta with truffle.

What else she has to look for in the American city, she does not write.

Following in the footsteps of her mother

The seventeen-year-old model poses on the beach for the English magazine Rollercoaster wearing nothing more than a black blazer, which only covers half of her bust.

This caused quite a stir on the social media platform.

"Too young for this kind of pictures" and "Is this legal for a 17-year-old?"

Yet there is also a positive response: "It is not up to others to determine what you do with your body" and "I think I'm in love".

Maxim Hartman started with an unpaid internship in construction.

The presenter was given a tour on Monday and will really get to work next week, he writes on Instagram.

Prince Constantijn turned 52 today and that is reason for a party.

It is not known exactly how the king's brother will celebrate his birthday, but his daughter Eloise may give a look behind the scenes later today.

What are you wearing?

The reality star received so many compliments that she just doesn't know how to top her outfit this year.

Drake's son is already four years old and that should be celebrated.

The rapper shares a happy photo of himself and Adonis, taken in a photo booth at the birthday party.

Gordon is away from home for two weeks for recordings and the presenter does not have it easy with that.

He must miss his friend Jeffrey and dog Toto all the while.