For half a century, these are the most prominent energy crises around the world

During nearly half a century, the world witnessed more than one crisis in the energy sector, which had a clear impact on the economy, and prompted people to think about the necessity of providing alternative sources of oil and gas. 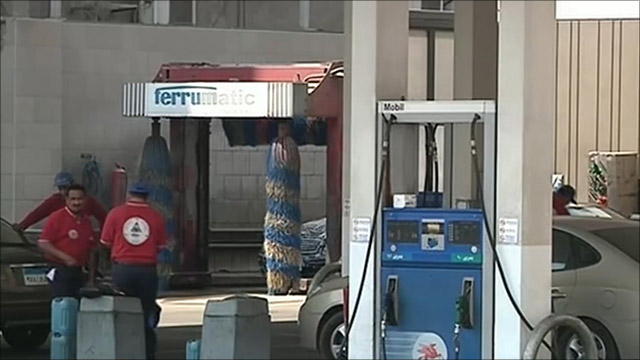 Over the course of nearly half a century, the world witnessed more than one crisis in the energy sector, which had a clear impact on the economy, and prompted people to think about the necessity of providing alternative sources of oil and gas.

The natural gas crises, the lack of electricity supplies and the high oil prices that the world has been experiencing for weeks were not the first and it seems that they will not be the last.

The October 6, 1973 war between Egypt and Israel halted oil exports in the Middle East.

- The OPEC member states decided to respond to the American bias towards Israel, and decided to cut off oil exports to the countries that supported the Jewish state in its war against the Arab armies.

The decision to boycott by the Organization of Petroleum Exporting Countries led to the doubling of oil prices in global markets 4 times in 4 months, rising from $2.32 per barrel to $9.

March 1974: OPEC lifted the ban on oil exports after negotiations held at the Oil Summit in the American capital, Washington.

France was one of the most western countries that found itself mired in a period of depression that hit various economic sectors, which led to complex social crises due to high rates of inflation and exacerbation of unemployment.

In 1975, the number of unemployed people reached 500,000, unprecedented numbers in France, which continued to achieve full employment.

The energy crisis was a severe blow to the American economy, and its biggest impact was on the auto industry. Despite the end of the embargo in 1974, prices remained high, and the effects of the crisis remained tangible throughout the seventies.

1979..the Iranian revolution and a new energy crisis

1979: The Iranian Revolution erupted, causing a new energy crisis and economic recession in many countries with the rise in oil prices.

Oil prices in the world markets have more than tripled compared to the average prices in force in 1973.

- That second oil shock caused France to suffer heavy losses in terms of its trade balance, as Paris at that time imported 3 quarters of its energy needs.

The effects of the energy crisis continued for a while, and energy prices continued their upward trend, coinciding with the decline in the competitive position of the dollar in global markets.

- After the energy crisis in the 1970s, the price of oil stabilized at $25 a barrel, and stability continued until the beginning of the millennium.

- 2000: The energy crisis in the West, known as the "perfect storm", began to escalate and developed over a period of 5 years, resulting from weak investments in energy production, and some attributed its cause to geopolitical factors.

The features of the crisis in the northwestern United States did not appear until the winter of 2000 and the spring of 2001.

The effects of the crisis were evident around the world during the financial crisis of 2008, when oil prices reached an all-time high, with the price of a barrel reaching $147 in July 2008.

Moreover, the depreciation of the dollar and the increase in demand for oil in China, and the political tensions related to North Korea, as well as tension in the Middle East, were factors that contributed to the rise in the price of crude to a degree that the global economy could not bear.

The crisis came to an end in December 2008, when the global economy entered a recession, and crude prices fell from 147 to 32 dollars per barrel.

From 2001 to 2005: The production of natural gas decreased in the North American continent, causing its prices to rise at a time when the demand for electricity generation increased.

2006: A slight increase in natural gas production, but it was not enough to end the crisis.

2008: The signs of the global financial crisis and the subsequent demand for importing liquefied natural gas began.

After that, the crisis subsided in light of an increase in natural gas production, and the discovery of confirmed reserves in some regions of the continent, which contributed to stopping imports.

Early 2002: The crisis reached its climax, known as the "Great Depression in Argentina".

2002: The economy began to recover and the demand for energy increased as a result of the increase in demand for goods, and the Argentine economy could not meet the increase.

2004: The country was operating at full capacity, without emergency energy reserves, and was unable to meet the increasing demand.

- Large industries that depend on gas in production were subjected to interruptions, amounting to 30% per day, and the government resorted to reducing gas exports, which gradually eased the crisis.

Between April and December 2000: The US state of California experienced the worst blackouts in its history, delays in issuing new plant licenses and harsh weather conditions contributed to supply shortages and an 800% increase in the price of electricity.

The crisis was due to the lack of electricity supply caused by the shutdown of Enron Energy, market manipulation, and capping electricity prices in the retail market.

The Russian-Ukrainian clashes of 2006, 2009 and 2014 led to the first interruptions in the supply of Russian gas to Europe.

49% of Russian gas exports pass through Ukraine, which is currently suffering from a shortage of gas supplies.

- In the aftermath of the conflict over Ukraine's Crimea, Russia not only raised the prices of gas exports to Ukraine, but also threatened to completely halt gas deliveries if it did not pay its debts.

The Ukrainian crisis had a severe and immediate impact on European energy imports, especially on imports of gas, which is one of the preferred fuels for electricity production in the European Union, given its relatively low environmental impact.

Weeks ago, the energy crisis began to ravage Europe, especially Britain and Spain, due to a shortage of stocks and the shift of part of Russian gas exports to Europe towards Asian markets, which caused the suspension of some chemical industry companies.

Factories have been temporarily closed, from aluminum smelters in Mexico to fertilizer plants in Britain.

Energy prices in Germany and France have risen by about 40% over the past few days.

Wholesale gas prices have increased by 400% this year in Europe for several reasons.

Britain's energy-intensive manufacturers, including producers of steel, glass, ceramics and paper, have warned the government that they may have to halt production unless something is done about rising wholesale gas prices.

Nordic countries face very high energy bills, 5 times the level they were in 2020.

Against the backdrop of rising coal prices and declining inventories since early 2021, China is experiencing its worst electricity crisis in a decade, as provinces there have begun cutting power to some factories and residential areas.

- Energy problems also appeared in India, and Lebanon was also not spared from power outages due to the high energy prices.

According to the index of the Food and Agriculture Organization of the United Nations, global food prices rose by 30% year-on-year in August 2021.

According to experts, the nearest crises expected in the coming winter will be power outages in light of the increased demand for energy for heating, especially if the wind does not provide sufficient energy.